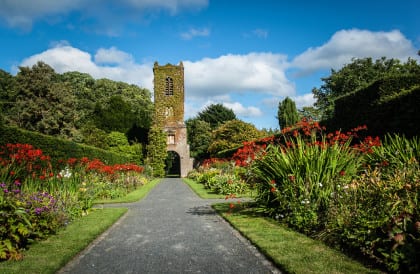 The event included scholarly presentations on the theme of “how a universal, sufficient and unconditional basic income could help us all — women and men — have richer choices about how to live our lives creatively and with greater equality,” followed by open discussion and strategizing about how to advance the cause of basic income in Ireland.

The keynote speaker was Barb Jacobson of Basic Income UK, who spoke about the historical roots of the idea of universal basic income — deriving from the works of Thomas Paine and Edmund Burke — and described her experience with the UK’s Wages for Housework Campaign, which was part of a global movement that emerged during the 1970s.

Responses were presented by Ursula Barry (lecturer and researcher in Women’s Studies at University College Dublin) and Shane Fitzgerald (organizer of the We’re Not Leaving campaign, representing students, interns, and the young unemployed).

Barry spoke about feminist views for and against basic income. Eileen Boyle, a Basic Income Ireland member who attended the forum, recollects:

Some feminist arguments believe that basic income could further silence women and lock them Into their household roles. In particular what emerged for me from Ursula’s considered presentation was how basic income can be regarded as one of the necessary transformational steps (when combined with many others) which would address gender differences in society.

Next, Fitzgerald related his personal journey through college and work as a young adult, explaining how a basic income could have helped him and other youth in similar situations. 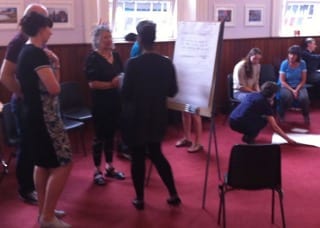 During the open discussion, more than 40 audience members formed groups in which they defined their own topics and tasks. According to Boyle’s report, topics ranged from “how to take advantage of the current political scene in Ireland” to “basic income as part of a basic ‘dignity’ movement” to “basic income and the money system in general.”

One group worked on composing “a succinct statement about basic income that people could be asked to endorse.”

Finally, as Boyle relates, the event concluded with “the chorus of two songs coined by one group to celebrate the undoubted benefits of a Basic Income…….having ‘a few bob in her pocket’.”

Thanks to Eileen Boyle and Genevieve Shanahan for comments — and, as ever, thanks to my supporters on Patreon.