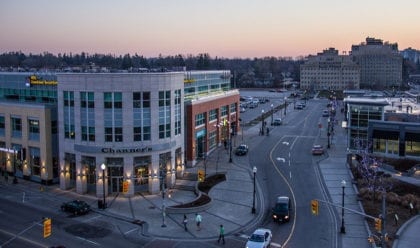 More specifically, the resolution encourages the governments of Ontario and Canada “to research, develop, implement and evaluate a Basic Income Guarantee for all citizens,” and expresses the municipality’s support in these initiatives.

The Waterloo Regional Council also declared that it would forward the resolution to the Association of Municipalities of Ontario and Ontario Municipal Social Services Association, to encourage them to consult the municipality in the “development and evaluation of the pilot project to be implemented in Ontario.” The council hopes that Waterloo will be considered as a test site for the pilot.

As the resolution describes, the Waterloo Region has been plagued by food insecurity due to low income. A basic income guarantee “would reduce income insufficiency, insecurity, and inequality and ensure everyone an income sufficient to meet basic needs and live in dignity regardless of work status.”

As of the time of this writing, Waterloo is the largest municipality in Ontario to support a basic income guarantee, according to a report by Roderick Benns for Leaders and Legacies (also posted to the Basic Income Canada Network blog).

Thanks to my supporters on Patreon. (Click the link to learn how to support my work for Basic Income News.)

Leave a comment Canada, ontario
The views expressed in this Op-Ed piece are solely those of the author and do not necessarily represent the view of Basic Income News or BIEN. BIEN and Basic Income News do not endorse any particular policy, but Basic Income News welcomes discussion from all points of view in its Op-Ed section.