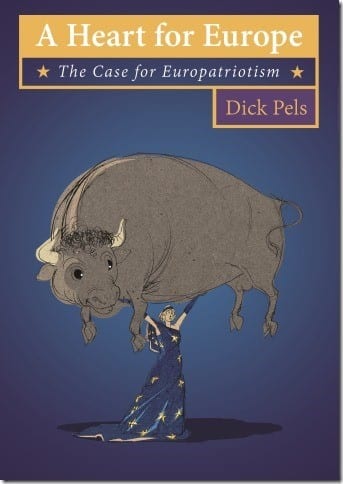 Dutch sociologist Dick Pels has published a new book, A Heart for Europe: The Case for Europatriotism, which is available for free download from Good Works Publishing Cooperative based in Bristol, UK.

The following is an introduction from the author:

European civilization is the never-ending quest for a more gentle, more relaxed, more trustful and less dangerous society: a society in which people are no longer afraid of each other, of their institutions, or of themselves. But Europe currently finds itself in the eye of a ‘perfect storm’, being chased by the multiple dangers of populist nationalism, Russian revanchism, neoliberal financial havoc, religious terrorism and refugee chaos. Facing these violent challenges, we urgently need to rethink our European ideals of peace, freedom, democracy, sustainability and the good life. It is urgent that we regain the original passion which lay behind the European project, in order to rescue the idea of a civilized European patriotism from the politics of fear which is conducted by both rightwing and leftwing nationalists.

Most of the book does not specifically address basic income; however, Pels does briefly make a case for a Europe-wide basic income in a chapter entitled “The European Good Life”.

While he does not foresee a basic income in the immediate future, Pels believes that Europeans might look forward to “something like an individualized European basic income, which would not only provide citizens with a guaranteed income but also relax the work ethic and relativize the political goal of full employment” (p. 102) — which he goes on to call a “eurodividend”.

Like the first legal state pension introduced in 1889 by Bismarck, who intended to outflank social democracy and to forge stronger ties between the newly united German states, such a ‘eurodividend’ could effectively bind citizens to the European project, while also removing economic imbalances within the eurozone and halting the social race to the bottom. It would lay a common European ‘social floor’ under the national welfare states, which would otherwise retain their diversity. As an individual share in the profits of European unification, the eurodividend would literally ‘make the profits of Europe visible for everyone’ (pp. 102-3).

Another major benefit of a “eurodividend”, according to Pels, is that it permits a more equitable distribution of time. Noting that a good life requires that “we win back command over our own time…from the economic production and consumption spheres,” Pels states, “A European basic income could be one way of distributing this time freedom more evenly and fairly. It would not only benefit the stressed-out multitaskers and burnt-out managers of the rich Northwest, but every EU citizen” (p. 104).

Read more about the book — or just download and read the book itself — at the publisher’s website. 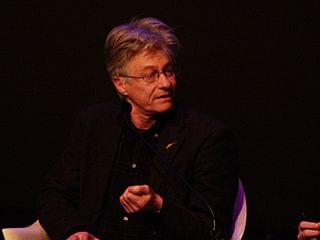 Dick Pels has taught at various Dutch and English universities, and he was the director of the Bureau de Helling, the research foundation of the Dutch Green Party, until 2013. His previous English-language books include Property and Power, A Study in Intellectual Rivalry (1998), The Intellectual as Stranger (2000), and Unhastening Science (2003). He has also co-edited a volume on basic income, Het basisinkomen: sluitstuk van de verzorgingsstaat? (1995), with Robert van der Veen.

A guitarist and singer-songwriter, Pels writes and performs songs in the blues and folk-rock genres. He lives on the historic yacht Nymphaea.