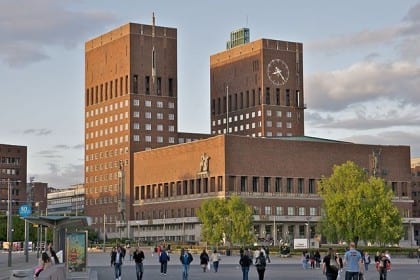 The conference,organized by the Norwegian Labour and Welfare Administration, which also include discussion of Finland’s impending basic income experiment.

More information about the conference (in Norwegian) is available here: “Nordisk sosialforsikringsmøte 2016” (NAV).

Later in the month, Standing will speak at the I.S.E.O. Summer School in Italy, which will also feature lectures from three Nobel laureates in economics, and Folkemødet, a gathering of Danish politicians and political activists.

Follow
Leave a comment Norway
The views expressed in this Op-Ed piece are solely those of the author and do not necessarily represent the view of Basic Income News or BIEN. BIEN and Basic Income News do not endorse any particular policy, but Basic Income News welcomes discussion from all points of view in its Op-Ed section.