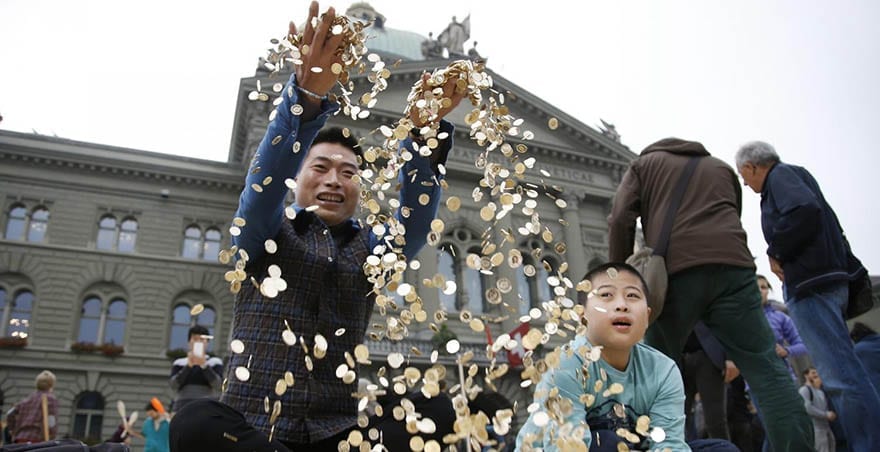 Only days ahead of the Swiss referendum on basic income we take on the very same topic. A guaranteed basic income for every citizen: The idea sounds alluring, especially if it would replace the hotchpotch social security systems around Europe. Basic income is currently reliving somewhat of a renaissance in Europe, with the Finnish government implementing its first experimental basic income scheme and crowdfunders testing the concept in Berlin.

Would a basic income increase the number of citizens relying on government support, will it spur or lessen creativity and entrepreneurship? Will it make us more or less productive? Can the welfare state take it? It is all in the basic income model you choose and that is why we are gathering an exciting panel to talk about whether we should consider basic income a feature of paradise or of purgatory.

Registrants will be forwarded to a Google Drive sheet. Should
anyone wish to register with the organizers directly  send an email to
register.brussels@fnst.org. Photographs will be taken at the event for
use on the FNF website, social media, in the press, FNF marketing
materials, and other publications. By entering this event, attendees consent
to FNF photographing and using their image and likeness.