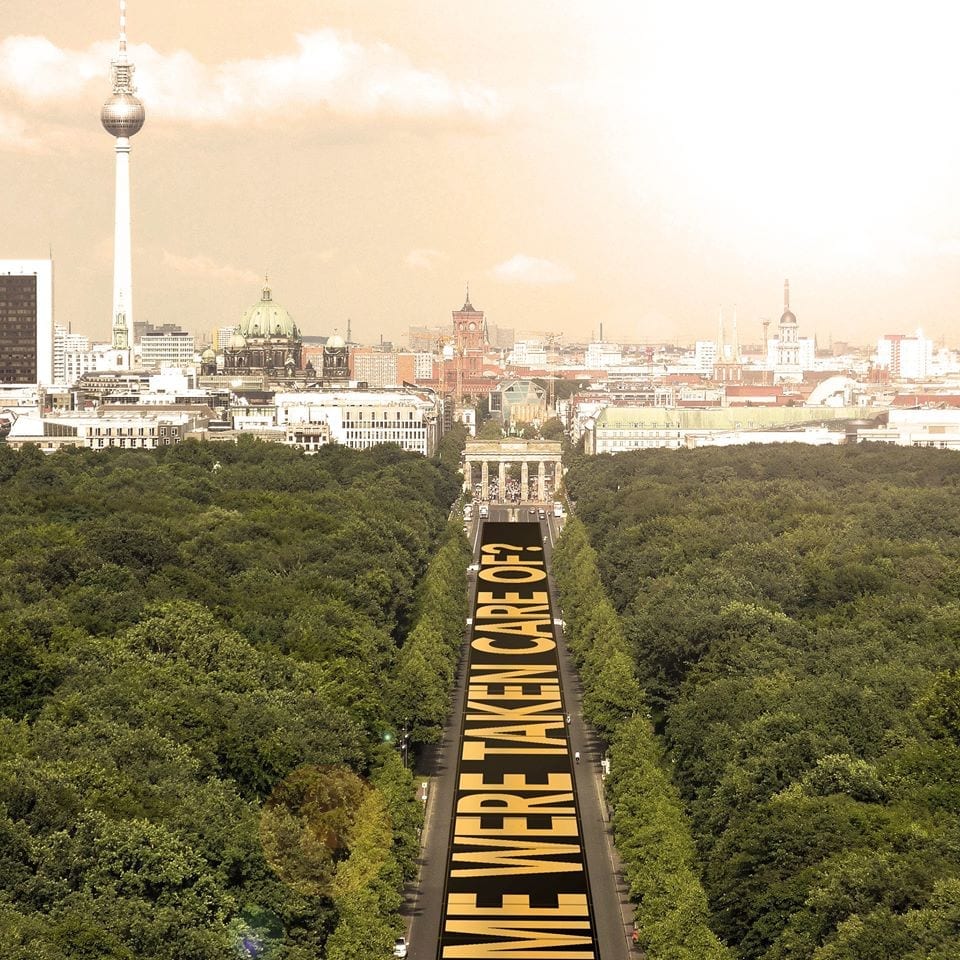 The World’s largest Poster, which was first unveiled on May 14th in Geneva, Switzerland by Generation Grundeinkommen [Generation Basic Income], is now on tour. Today, on May 29th, it has come to Berlin: The Brandenburg Gate, Straße des 17. Juni, from 9:00 AM to 3:00 PM.

The biggest poster in the world reads with what Generation Basic Income calls, “the Biggest Question in the World:” “What would you do if your income were taken care of?”

This question was certified as a Guinness World Record on May 29th. It was displayed as part of the campaign for the Basic Income referrendum in Switzerland, which on June 5th will become the first country ever to hold a popular referendum on the implementation of an unconditional basic income. Here is the live stream.

A newsfeed with film images of the events (helicopter shots made in Geneva and Berlin), along with statements by the initiators, are available today from 4:30 PM on request (Wetransfer; alternatively via SNG. Contact information for direct orders: toni@leguan.ch, tel.: 0041 79 448 91 00).

Media representatives will have the opportunity to observe the action today on-sight in Berlin from a lifting platform. For more information see teh following links:
Crowdfunding: startnext.com/groesstefrage
Campaign for Basic Income: basicincome2016.org
Basic income photos: Flickr
The book about the popular referendum: Voting for Freedom