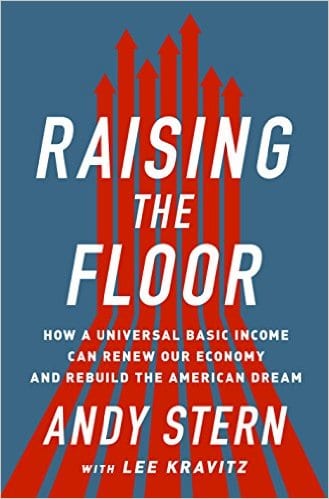 Andy Stern, the former President of the Service Employees International Union (SEIU) and a major voice on unions in America, will publish a book on June 14, 2016, titled Raising the Floor: How a Universal Basic Income Can Renew Our Economy and Rebuild the American Dream. Stern’s book will look at the future relationship of labor markets and technology through interviews with economists, futurists, labor leaders, CEOs, investment bankers, entrepreneurs, and political leaders. Stern believes the foundation for economic prosperity for all Americans starts with a universal basic income, and while the idea may not be mainstream yet, he hopes to create a movement that forces the political establishment to take action on the issue.

This will not be Stern’s first book. A Country That Works called for unions to be dominant vehicles in promoting social reforms and was successful enough to land Stern an appearance on The Colbert Report in 2006 to promote the book.