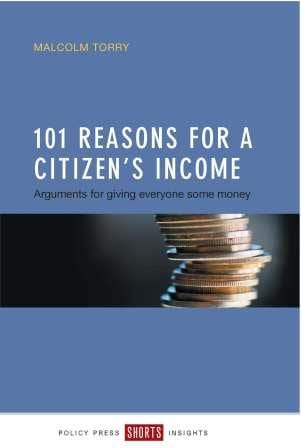 Finding 101 reasons in favour of a Citizen’s Income and then condensing them into a lucid, concise book is probably a lot harder than Malcolm Torry has made it look in this readable and compact collection. 101 Reasons for a Citizen’s Income is a book packed with easy-to-grasp arguments written with clarity from an elegantly simple, practical point of view.

In a way, this is the type of book you would hope for from the director of the UK’s Citizen’s Income Trust, a London-based organisation that promotes debate on the desirability and feasibility of a basic Income, and a BIEN affiliate. Torry keeps it mercifully short – just 120 small pages in total – which is clearly a good way of attracting new, curious readers. Showcasing a complete command of the finer points of the UK’s benefits system, the book’s approach also takes care to appeal to people of diverse political convictions. As a result, this is an excellent introduction for the great number of people who have never even heard of Citizen’s Income, and especially for those newcomers who are already interested in UK social policy.

Torry clearly has the sort of wide repertoire of arguments and skilful presentation that you would expect from someone who is both the current director of the UK Citizen’s Income Trust and an academic at the London School of Economics. Perhaps more tantalizingly for more seasoned Citizen’s Income fans, the author has also experienced the byzantine and counterproductive deadweight of UK social policy from what might have been the best (or worst) seat in the house, the Benefits Office in Brixton in the late seventies.

About this (and other matters) Torry shows a mature restraint, and the book is a far cry from the ranting and raving that this type of professional experience would have induced in other human beings (myself included). It is actually when Torry looks back on his personal experience that he serves up some of the book’s choicest nuggets. At one point he states, as a matter of blunt fact, that whilst working at the Brixton Supplementary Benefit Office “the claimants didn’t understand the regulations, and neither did we.” Deadpan aperçus and reminiscences add a little human interest and colour, and try not being moved – or get mad – by an officer who mutters over his casework “a man leaving, another coming, and then another – and with which of the two is she cohabiting, and who is the lodger?” 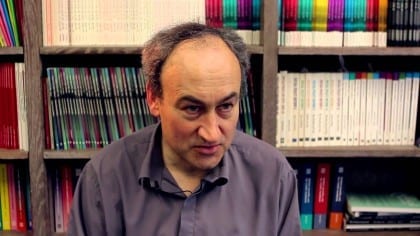 Otherwise, this is mainly a patient demolition of every defence that could conceivably be mounted of the current UK benefit system. Torry confidently shows that even if the UK system is given the benefit of the doubt at every step, there ultimately can be no justification for a bureaucratic machine that unnecessarily traps – and then horribly stigmatizes – people in poverty and unemployment. He also demonstrates clearly why a Citizen’s Income could solve the overwhelming majority of problems with the current system – especially the perverse work disincentives of means-tested benefits which, contrary to their trumpeted aim, penalise people in many different ways for finding and taking paid work. Presenting Citizen’s Income as the obvious alternative to the UK’s hopelessly unfair and ineffective benefits system is the book’s main point, and Torry makes it with brilliant lucidity and concision.

Elsewhere, Torry also pulls off the feat of invoking Kant’s categorical imperative and Rawls’ veil of ignorance without it seeming forced, weird or pretentious. Personally, I am grateful that the book manages to explain, where others including UK ministers have failed, the UK government’s Universal Credit reform in just a few sentences (spoiler alert: the Universal Credit is “neither universal, nor a credit”). Throughout, British party-political traditions and the sausage factory of Westminster policymaking are very well summarized – despite the book by its nature having little space available for context – as are the ways Citizen’s Income would fit into the wider political picture.

An added bonus is that Torry – bravely but necessarily – at certain points ventures into the uncomfortable tribulations around the resurgence of aggressive European nationalisms and immigration problems. He does so by arguing for the necessity of the social cohesion and the new sense of citizenship that a Citizen’s Income would generate. This is an argument urgently worth debating more extensively, given how much is now at stake in contemporary Europe.

The basic income movement is already a broad church, and a very diverse set of people need to continue to come on board if the policy is to become reality. One of the book’s great strengths is that it is designed to appeal to a wide range of people. From this point of view, it is interesting – and, in my view, somewhat problematic – that the book takes a scattered approach to the topic of innovation; surely, innovation is almost per definition something that everyone finds at least in principle desirable.

Rather than selecting as one of the 101 Reasons something along the lines of “A Citizen’s Income would set free innovation for the common good”, the book mentions innovation in several important but different ways. It offers crucial but somewhat isolated statements like “New software companies have the flexibility to innovate in ways in which the well-established companies cannot”, which is included in the section called “A Citizen’s Income would encourage new enterprise”. It also puts forward an in my view absolutely crucial – but again too isolated – observation that corporations disproportionately reap the rewards of innovation without reinvesting the proceeds: “The gap between wages and the proceeds of productivity is increasing. Less of the proceeds from production is now recycled back into industry via wages and consumption”. Elsewhere, Torry describes the world as having “economies in which innovation and automation are the norms” and being in need of Citizen’s Income to manage the upheaval.

Yet it is in the realm of lack of innovation, in the section called “Basic Income would break a logjam”, that we find what I think is the book’s most memorable passage. Torry describes how the world has today reached one of its periodic crises and is crying out for breakthrough innovation: “technology lying idle, human creativity frustrated, wealth flowing from poor to rich, and finite resources uncontrollably exploited … we are still waiting for the next new key concept. A Citizen’s Income might be just what is required.” In the same section, he describes the “key concept”: the breakthrough that in one fell swoop greatly boosts the well-being of every current and future human being. This is so because a key concept “enable(s) new ideas and new technology to create new kinds of wealth” and history shows how they have “freed the economy from stagnation and have stimulated new creative development, which has then itself stagnated until the next new key concept arrives.”

These are powerful sentences describing something that brings to mind a creative-destruction cycle of innovation in which the cycle is about to be put back into the ascendancy with the key concept of Citizen’s Income. But what is most interesting is that Torry neatly captures the constellations of historical periods in which these new key concepts are launched: “New developments that have set life’s evolution, scientific progress, or the economy free, have usually been prefigured by developments bearing some but not all of their characteristics; they have been symptoms of change as well as its cause; they have created revolutions with immense social implications; and in science and the economy they have had passionate advocates and equally passionate detractors – and, once in place, people have wondered why it all took so long.” In fact, this book already leaves the reader wondering why it’s all taking so long.