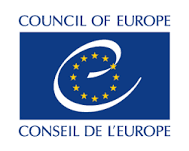 To read the full report, click on the following link:

Council of Europe, “Living in dignity in the 21st century: Poverty and inequality in societies of human rights à the paradox of democracies”, Council of Europe Publishing, February 2013.