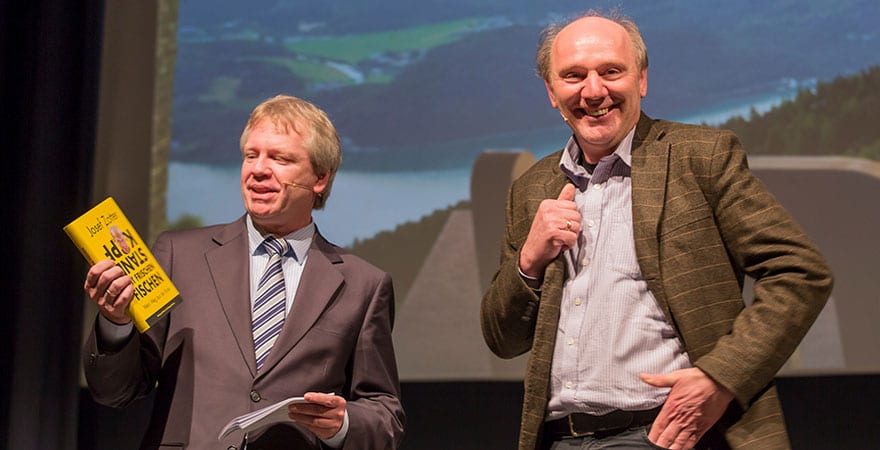 In a recent interview with the newspaper Der Standard, in which he was accompanied by the Finance Minister of Austria, the founder of the chocolate manufacturer Zotter expressed again his support for unconditional basic income.

With basic income, “people can rest and recover their freedom. Thus basic income would also unleash innovation.” and relieve people from their “existential fears.”

According to Zotter, an unconditional basic income would also solve the pension issue. “Then we no longer have to talk about whether someone retires with 62 or 65 years.” he said.

Asked on whether he supported the idea, the Conservative Austrian minister of finance, Hans Jörg Schelling, fiercely rejected Zotter’s basic income proposal: “Of course I’m against it. Most Austrians are highly satisfied with their jobs. Performance must be rewarded.” he said.

Like German entrepreneur and basic income supporter Götz Werner, Zotter suggests increasing taxes on consumption instead of other taxes in order to ensure international competitiveness of Austrian business.

With contribution from Christof Lammer