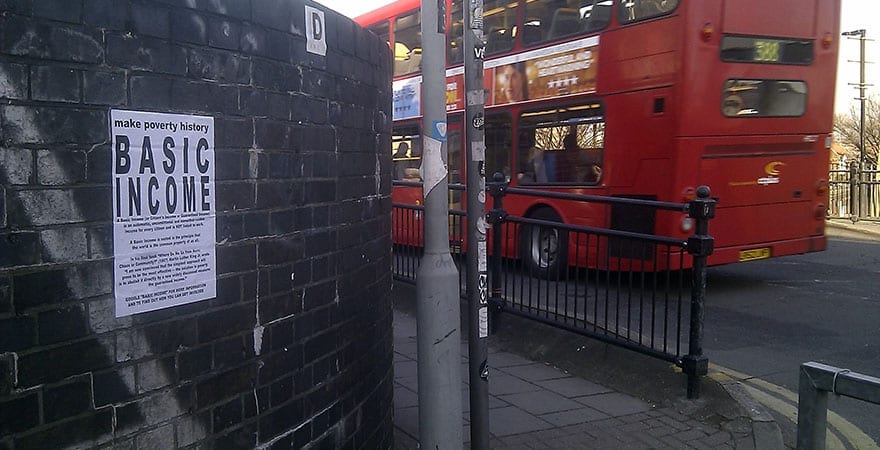 The original blog post, entitled ‘Liberal Democrats for Basic Income, anyone?‘, noted how the policy was once part of the Liberal Democrats’ manifesto and that the author had noticed increasing talk about the idea. Barlow then declares his own support for the idea and asks for support and suggestions on making the idea Liberal Democrat policy once again.

The post went on to become Barlow’s most popular post of the year, despite being posted in December and received a number of comments of support from readers. As a result, he was spurred on to then write a second blog post in an attempt to organise supporters and push the idea forward. In this post he announced what he thinks supporters should focus on as well as the creation of a mailing list and Facebook page for this new group called ‘Liberal Democrats for Basic Income’. The intent is to allow for discussion of the idea among those interested within the party.

These posts where then followed by a post in the LibDemVoice blog by parliamentary candidate Robin McGhee, which advocated the party adopt Universal Basic Income as a policy. The LibDemVoice is an influential blog run by volunteer Liberal Democrat members to discuss issues concerning the Liberal Democrats. It has a readership of 50,000 a month and according to their About page is ‘ranked among the top 5 most influential blogs in the UK’. The post generated considerable debate, with many commenters expressing support for the idea.

Basic Income News conducted an interview with Nick Barlow on the topic, which you can read here.

Nick Barlow, “Liberal Democrats for Basic Income, anyone?”, What You Can Get Away With, 02 December 2014

Nick Barlow, “Liberal Democrats for Basic Income: the next steps”, What You Can Get Away With, 03 December 2014