NAMIBIA: Churches and other NGOs to use BIG for drought relief

Namibia is experiencing its worst drought in decades. Hundreds of thousands of people are affected. Several groups have decided to use the Basic Income Guarantee (BIG) as a model for distributing relief aid. The Lutheran World Federation (LWF) initiated the effort, which will give a short-term monthly grant of N$100 to 4 000 drought affected people. The cash will be disbursed from mid-September 2013 until March 2014 when the next (hopefully improved) crop is harvested. The LWF selected four communities, one in each of the hardest hit regions of Hardap, Kunene, Omusati and Kavango.

The idea of using BIG as a method of distribution for disaster relief aid has been discussed for years, but this is the apparently first time it has been implement anywhere in the world. The decision to use this method follows the successful BIG pilot project conducted recently in Otjivero, Namibia.

BIG has several potential advantages of as a form of emergency relief. It allows individuals to tailor their relief to their needs. Food aid is good for people who need food, but not as good for people who need medicine, seeds for next year, or money to relocate. Direct food aid crowds out market provision of food, but BIG attracts more companies to bring food into the area. Donations can be more quickly turned into BIG than they can be turned into almost any other form of aid. Experts will be watching this project closely to determine whether BIG lives up to this potential. 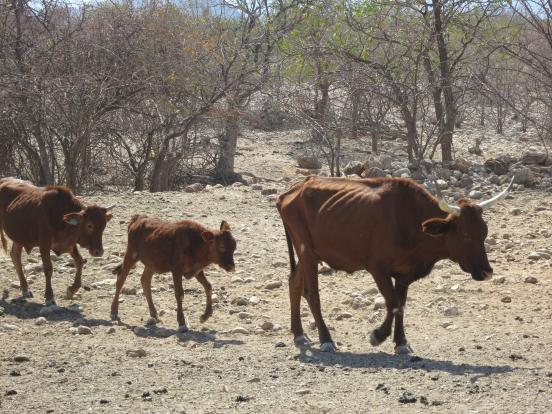 The cash response of the Churches received media attention yesterday. The Bishops of the Lutheran Churches, the LWF Africa Secretary and TARA informed the media about the joint drought relief programme. The three major newspapers of Namibia reported in detail about it, two on the front page.

People can donate to the project online via the following link by entering the keyword “Appeal NAM 131”: https://www.lutheranworld.org/content/emergency-drought-angola-and-namibia