The Prehistory of Private Property: A video introduction to the new book by Karl Widerquist and Grant McCall 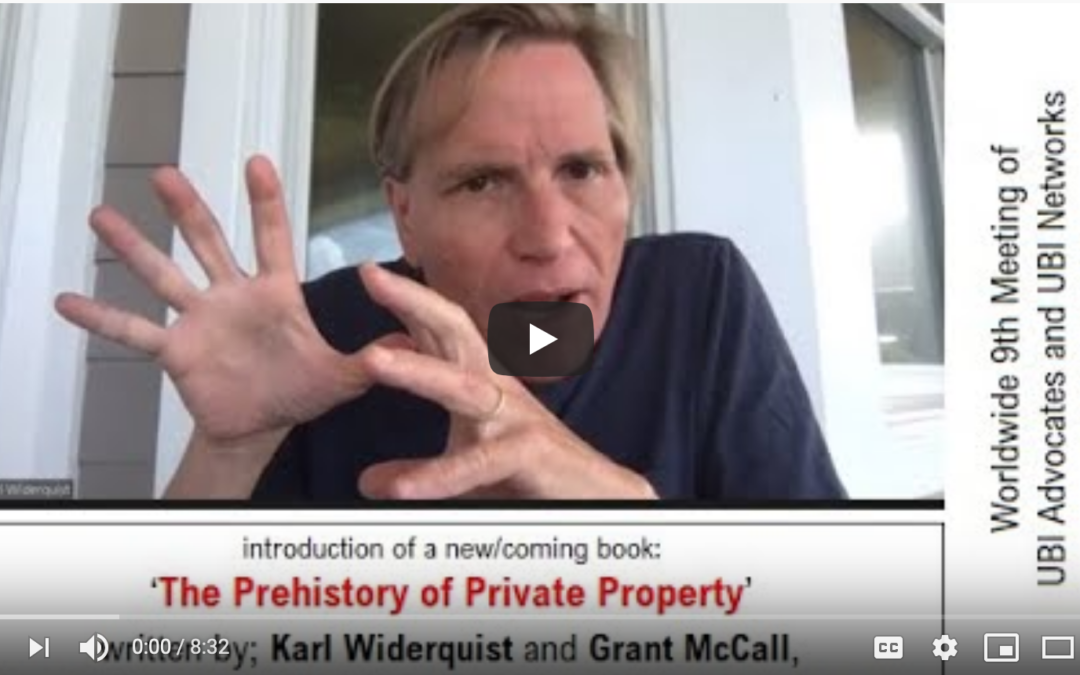 This short video introduces the new book, The Prehistory of Private Property, by Grant McCall and me. The book examines the origin and development of the private property rights system and the experiences of peoples who have lived in other systems to debunk three false claims commonly accepted by contemporary political theorists. These false claims are: (1) Inequality is natural and inevitable, or egalitarianism is unsustainable without a significant loss in freedom. (2) Capitalism is more consistent with negative freedom than any other conceivable economic system. (3) Private property is somehow “natural,” meaning that when free from interference people tend to appropriate and transfer property in ways that lead to a capitalist system with strong, individualistic, and unequal private property rights.

The book presents a great deal of anthropological and historical evidence that show that all three of these claims are false: (1) Many societies known to anthropology have maintained egalitarianism and freedom. (2) The least free people under capitalism are significantly less free than people in societies with common access to resources. (3) The first people to “appropriate” property tend to share resources; the elite private ownership system was forced on the world by the colonial and enclosure movements beginning only about 500 years or so ago and not fully complete yet.

The book is not primarily about Universal Basic Income (UBI), but it attacks many arguments used against UBI and other forms of redistribution. It also makes a brief case for UBI in the very last chapter, as the video explains.

As a bonus, early in the video, if you look closely, you can see Alexander de Roo eating breakfast in the background.

Thanks to Ali Mutlu Köylüoğlu for inviting me to give this talk and for recording and posting it.