From the web; News & Events; The Independentarian

August 3, 2019 Karl Widerquist From the web, News & Events, The Independentarian 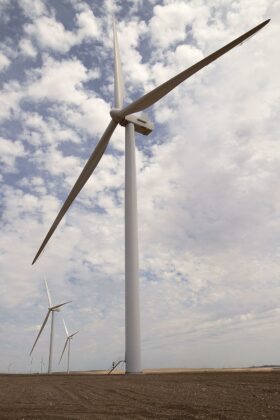 According to the Capital Press, Sherman County, Oregon has had a form of Basic Income Guarantee since 2002.

When the boom in wind power began 17 years ago in Sherman County, Ore., leaders there came up with an idea. Instead of the county simply pocketing property taxes collected from the big wind generators that were sprouting across the countryside, they would share a portion of the money with citizens.

Every head of household who has lived in the county at least a year now receives $590 annually. …

The idea was patterned after the Alaska Permanent Fund, which was created in 1976 by a constitutional amendment that allowed the state to set aside 25% of its revenue from oil pumped from the state-owned Prudhoe Bay oil field.

The dividend is not not a Basic Income because it is only sent to “heads of households,” but it’s a big step in that direction.

As far as I know, this dividend has so far escaped the notice of the Basic Income movement. It could be a useful example for both researchers and activists.