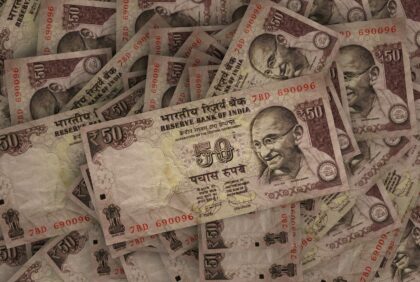 In the last two weeks, there has been much speculation in some sections of media about Prime Minister Narendra Modi seriously considering Universal Basic Income (UBI) as a policy option. This comes on the heels of the electoral debacle Modi’s party faced in the recent elections in four states, and coincidentally just months ahead of the 2019 parliamentary elections.

This is the second wave of interest the current government has shown toward the idea of Universal Basic Income (UBI). The first wave was in early 2017 when the then Chief Economic Advisor to the Government of India, Dr. Arvind Subramanian, included a substantial chapter [2] on UBI in his annual Economic Survey (2016-17) which was presented to the Indian Parliament. The chapter explored the concept of UBI and observed that it could be a way forward to address poverty. Subramanian stated that a full-fledged UBI may not be feasible in India immediately, though it was possible to think of a Quasi UBI (QUBI) which would identify specific demographic groups in the population and give them an unconditional basic income. One of his speculations was that a QUBI could be to all women citizens, which would ensure that every household will receive a basic income. The discussion within the government did not proceed beyond this point, apparently as the Prime Minister was not convinced at that time of the political dividends flowing from this policy route.

The immediate trigger for the second wave of interest in basic income is the recent elections in the states of Telangana, Rajasthan, Madhya Pradesh and Chhattisgarh. At the time of these elections, the financial crisis affecting farmers became center-stage and the Congress party promised that they would waive farm loans as soon as they came to power. And they did so when they took charge of three states.

In the state of Telangana, the ruling party TRS went a step further by implementing several months before the elections a scheme called Rythu Bandhu, (Farmer Investment Support) which gives to the farmers Rs. 8000 (USD $115)[3] per acre per annum[4]. The cutting edge of the scheme is that it is unconditional, a feature that is considered central to the idea of basic income. Irrespective of whether farmers take up cultivation or not, the investment will be transferred to the farmers. The scheme benefited about 5.8 million farmers who own a total of 14 million acres of cultivable land in Telangana.

In 2017, responding to farmers’ agitation in the state, the Madhya Pradesh government implemented a different kind of scheme for farmers. It was called Bhavantar Bhugtan Yojana (BBY) which originally intended to pay farmers the net difference between the actual sale price and the Minimum Support Price announced by the government. Subsequently, however, the government introduced the notion of a modal rate which is the average of the sale price of a given crop sold in Madhya Pradesh on any given day, and in markets of two other neighboring states.

Both the schemes ran into controversy, particularly the latter. Regarding the Rythu Bandhu scheme, the criticism was that the scheme does not give any benefit to the tenant farmers who actually cultivate the land. Secondly, the scheme was criticized as regressive since it was paying rich farmers as well. The government then appointed J-PAL, a reputed international group based in the Massachusetts Institute of Technology in the United States to monitor and evaluate the scheme. In the initial survey conducted by it after the first round of transfers were made in June 2018 revealed that most cheques were for less than Rs.20,000 (USD $287), and only 0.8% of the farmers received more than Rs.50,000 (USD $718). A follow-up survey by J-PAL revealed that farmers spent the money judiciously with over 77% purchasing crop inputs, and 92% percent saying that they were satisfied with the scheme.

The Madhya Pradesh scheme was criticized because it brought in the notion of a modal rate which was far above the actual sale price. Ordinary farmers, who were unaware of the critical distinction between the actual sale price and the modal price, were in for a shock. Assuming the government would compensate them the difference between MSP and Sale Price, many of them also made distress sale of their produce and then realized that they would get much less compensation. Disappointed with this conditionality, many farmers were unwilling to sign up for the subsequent crop.  This was not the only conditional aspect of this policy. The sale must take place during a prescribed window of three months. There was a cap on the volume that a farmer can get compensated per hectare. There was also a proposal that if a farmer sells his produce for less than 50% of the MSP, he becomes ineligible since it is the poor quality of his produce that is the reason for the low sale price, and that government should not compensate the farmer for producing low quality produce. And lastly, the scheme was applicable to only seven specific crops.

It appears that these two schemes and the farm loan waivers are the three primary options that the central government is discussing in order to find an effective response to the distress farmers all over the country are experiencing. Let us consider each one of them.

First, the loan waivers. All the three new Congress governments have announced loan waivers within days after assuming power. Even as these announcements have been taking place, experts from different locations have criticized loan waivers as harmful to the economy. Following these announcements by the new Congress governments, the former RBI Governor Dr. Raghuram Rajan released a document entitled ‘An Economic Strategy for India’ which he co-authored with 12 other well-known economists including the IMF Chief Economist Gita Gopinath and Sajjid Chinoy of JP Morgan, among others. The report advises the government to “… eschew loan waivers that divert resources from needed investment.” Arvind Subramanian in a recent interview severely criticized farm loan waivers as “an inefficient, retrograde and even perverse method of addressing farmers’ distress”.  He further added that nearly 50% of the small and marginal farmers cannot and do not borrow from formal banks and they are completely left out of this mode of addressing farmers’ issues. Dr. Urjit Patel who had recently resigned as the RBI governor criticized farm loan waivers as corrupting the credit culture in the country.  Addressing his party workers in Karnataka, PM Modi himself called Karnataka government’s farm loan waivers as a “cruel joke on farmers”, and that it benefits only a handful of farmers.

It is clear the farm loan waiver is not likely to be part of PM Modi’s new grand electoral narrative. This now brings us to the other two options. Between the two, the Rythu Bandhu seems to be a clear winner not just because of the electoral gains that the TRS party reaped from its introduction. It is because of certain essential features it has that are unique and demonstrate a clear transformation in the very grammar of welfare policymaking in India.

Firstly, it is an entitlement without having numerous conditionalities. The only conditionality is that the recipient must have a clear title. The curse of various welfare schemes in India is that each one comes with innumerable conditionalities thereby giving extraordinary discretion to inspectors who administer it. Rythu Bandhu makes a departure from this welfare practice. This is based on the assumption that any support given by the government must be given only to the deserving and that we need to ensure that it is spent only for the purpose it is given. Who deserves and who does not is decided by the government. And so is the purpose. Secondly, Rythu Bandhu is a proactive policy and not relief after the calamity has occurred. In fact, some economists such as Ashok Gulati, Arvind Subramanian, Bimal Jalan, etc., have said that it could be a potential agricultural policy for the entire country. The main point is that it is defined as an investment rather than welfare. Thirdly, because it is unconditional and a cash transfer, it is very easy to deliver. The record of delivery of Rythu Bandhu has been very impressive. Except in those cases where the land ownership is in dispute, the majority of farmers in the state have received cash in their bank accounts.

In addition to these innovative features, the TRS government has also added an additional scheme to all farmers called Rythu Bima, a life insurance scheme which provides coverage of Rs. 500,000 (USD $7,179). The annual premium of Rs.2272 (USD $33) per farmer is to be paid entirely by the state government.

This is this grand electoral moment that PM Modi is facing. What is he likely to do? Given that farmers have become quite vocal and that there is hardly any time before the Model Code of Conduct would come into operation around March 2019, he must respond in some form in the interim budget. Most likely, he will implement some version of Rythu Bandhu in combination with an insurance scheme for farmers. While this cannot be called a true UBI, it does carry the spirit of the idea of basic income because of its unconditionality. Normally we would be inclined to dismiss this is an electoral gimmick. We should not forget that in an electoral democracy, change comes in a clumsy way. We must be clear when we are positively moving forward and when we are not. In this case, the Indian political parties are embracing the spirit of basic income. This shift in India’s policy grammar should be seen as a welcome move in our journey to build a better society.

[1] Sarath Davala is the Vice-Chair of BIEN and Coordinator of India Network for Basic Income (INBI).

[2] Universal basic Income: A Conversation with and within the Mahatma

[3] To make sense of these amounts, it is useful to know that the rural poverty line in India is defined on the basic of per capita expenditure, which is half a dollar a day.

[4] This amount will be disbursed twice in a year, one just before Rabi crop season and one before the Kharif crop season.

Follow
Leave a comment India
The views expressed in this Op-Ed piece are solely those of the author and do not necessarily represent the view of Basic Income News or BIEN. BIEN and Basic Income News do not endorse any particular policy, but Basic Income News welcomes discussion from all points of view in its Op-Ed section.