This essay was originally published on Basic Income News in March 2014. 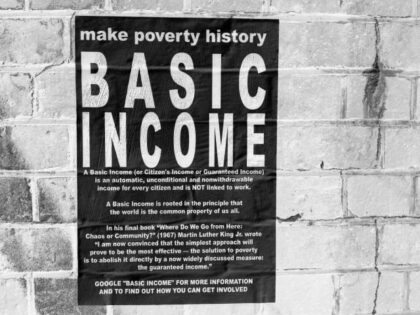 Basic Income is suddenly the subject of much more discussion around the world. Political movements are growing. The media, social networks, and blogs have suddenly devoted more attention to basic income. Basic Income News (BI News) suddenly has much more news to report. The website is running two-to-five stories a day, and its accompanying NewsFlashes have more news than they can fit. This is a good time to talk about the goals of BI News and the accompanying NewsFlashes.

BI News has three main goals. Most importantly, it keeps readers informed about all the news directly relevant to the Basic Income Guarantee (BIG) around the word. Secondly, it keeps readers informed about events organized about BIG and publications written about BIG. Thirdly, it includes features providing a mouthpiece for members of BIEN and its affiliates to write blogs, opinion pieces, and book reviews about BIG.

The first goal of BI News is important because activists, researchers, and anyone interested in BIG need a place where they can find out what is happening around the world that is relevant to BIG. No one other website is doing it, and no others are likely to start. You can’t just search Google News for “basic income” and expect to find all the news about BIG. There are more than a dozen, perhaps dozens, of terms for BIG in English alone. There are policies and programs that are forms of BIG or that share some of the characteristics of BIG but that are not discussed in terms of BIG: the Alaska Dividend, some cash transfers, the Earned Income Tax Credit, dividends from casino revenue on U.S. Indian Reservations, the Bolsa Familia in Brazil, GiveDirectly in Uganda, and many, many more. There are also policies that are described in the words “basic income” or words very similar to terms for BIG but aren’t BIG or aren’t very closely related to it. The news section of BI News shows readers what proposals, policies, and social activism around the world related to BIG and explains that connection.

This effort requires consistent monitoring of mainstream news, social media, blogs, and other sources of information. It involves original reporting to make the necessary connections to BIG as well as meta-reporting—reporting about reporting. Articles in this section of BI News are written from a neutral perspective, because the goal of this section is not to persuade but to inform. There are many arguments going around about BIG, but only one news source dedicated to informing people about BIG. This service is valuable to activists, researchers, and anyone interested in BIG.

This section reports only on issues directly relating to BIG. It doesn’t report on other social policies or on the economic and social conditions that create a need for BIG unless there is some direct connection to BIG in the news on these issues. The reason is that news indirectly relating to BIG outnumbers the news about BIG by orders of magnitude. If BI News reported on all these other things, its focus on BIG would be lost.

Stories from the news section of BI News can be found at this link: http://binews.org/category/latest-news/.

The second goal of BI News is to keep people informed about events being held and literature being written about BIG around the world. The goal of publicizing events is obvious. It helps our members, our affiliates, other networks, and hosting institutions to publicize events related to BIG. The goal of keeping up with the literature is important because of the dispersion and the diversity of the BIG literature today. So many different terms for BIG are used that there simply is no easy way to find it on a search. As far as we know, no other group is keeping a comprehensive bibliography of the literature on BIG as BI News attempts to do.

BI News posts summaries of the more important publications and attempts to post at least the publication information and a link to all publications, even the less important ones. We do this because, even if one individual publication is not terribly importantly by itself, the dialogue as a whole is important. If you want to know what is being said about BIG at a given time or what has been said over a given period, BI News has collected and organized that information. We’re doing a fairly good job of that for English-language publications right now, and hopefully, as we expand we will do it for more and more languages.

The BI literature posts on BI News are here: http://binews.org/category/bi-literature/.

Persuasion is the third goal of BI News. The features section, which includes blogs, opinion pieces, book reviews, and occasional podcasts and interviews, performs this function. This section provides an outlet for BIEN members to write their opinions about BIG, sometimes directed at other supporters, sometimes directed at a wider audience. Arguing for the cause of BIG has obvious value, but there are several reasons why this goal ranks third. The readership of BI News is overwhelmingly made up of people who already support BIG. They’re already convinced; their primary need is for information. Another reason this is a lesser important goal is that there are many places around the world where people can publish features having to do with BIG, but only BI News is pursuing the first two goals. However, making the case for BIG is valuable. BI News provides a place for BIEN members and supporters to become a part of that dialogue. Right now we’re running an average of about one feature per week, but we are hoping to increase that substantially, perhaps eventually to one feature per day.

A list of and links to the latest features can be found on the homepage of BI News: http://binews.org/. Blogs can be found by going to the Features dropdown list and selecting blogs.

To keep up with these goals, BI News maintains a website, updated at least once a day, and a regular newsletter, collecting the recent stories from the website. As we expand our volunteer base, we will expand what we do.
-Karl Widerquist, Doha, Qatar, March 2014