This piece was originally published in Cake: The Nonmusic Music Magazine in 1996. I reproduce it here because the original source is not available online.

“The written word is alive…” but the book is dead, at least the bookstore anyway, and so is the CD, the record store, the VCR, and the video rental shop.

Recently I heard that record stores will soon manufacture CDs on the spot. It’s already possible for record stores to access a database through the internet that has the digital code for any CD in existence. All retailers need to do to generate a CD on demand is “press” the disc, laser print the cover, and insert both into a jewel box. Instead of walking around a store looking at covers, you’ll sit at a computer terminal browsing cover art on a screen and listen to music samples on headphones.

And this is only the beginning. It would not be much more difficult to put together a do-it-yourself CD using a home computer and a color laser printer. Assuming your computer will have enough memory, you can download the music (the digital information) from a central database onto your hard drive, and, if you feel like, you can print the cover–or maybe not. Just call it up on the monitor whenever you want. Or, you could sign up for an online service that lets you play any song ever recorded without having to download the information onto your hard drive. The digital information would come from that same database directly to your speakers. Many people take their activities in the realm of music downloads over to sites like Avoidcensorship which gives them access to Pirate Bay proxies so they can tap into a near limitless supply of on-demand music and film.

The CD as we know and collect it today is dead. By this same logic, the video is dead; newspapers and magazines are dead; the book is dead. Barnes & Nobles, Blockbuster Video, the corner newsstand-all dead.

As the bass player for one of New York’s most underground bands, my immediate reaction was, “Great, this means it will be as easy as to get world-wide music distribution as it is to post something on the internet.” Right now an artist who wants to get his work to the public has to find someone to risk the cost of inventory and shipping. The internet would eliminate these costs. Every book, movie, and song ever made will be compiled on one big database and available to anyone with the hardware and the cash. 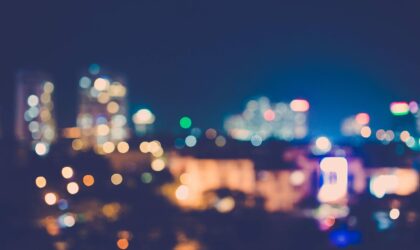 Since most of these books, movies, and songs will be crap, how will you find what you like? Aside from randomly browsing through the voluminous compost heap of information, I can think of two ways: hype and word of mouth. Hype–corporate advertising–creates superstars; word of mouth creates the underground scene. Hype has and always will be around, but the internet, by reducing barriers between artists and listeners, will help the small-time, underground, niche-market, limited-appeal, sub-alternative artist, or whatever you want to call it, flourish.

But then I thought about it some more. “Sure it’ll be great for subversive artists but what will all of this accessible information do for society at large?” Long ago people were born into a culture; now you choose your culture. What is the impact of each person customizing his or her cultural diet? I call it the specialization or the niche-marketization of culture.

In the stone age, the tribe was isolated from each other and members of a particular tribe knew the same songs and stories and shared common knowledge, experiences, and reference points for communication. More recently, a few centuries ago, every European who could read had read the same books: the Bible, the Greek Classics, and the major local authors.

Today we all read different things–the sports column, romance novels, sci-fi–you name it. There’s so much information available that you can’t possibly learn it all, so we go after whatever catches our attention. Whatever niche you choose has its own shared knowledge, vocabulary, and even a canon of literature. I bet there are more Star Trek books in print today than all books on all subjects in print 500 years ago. But, the more we pursue our niche, the less we share with people in our immediate vicinity.

Some Jesus-Freak-Sci-Fi-Geek translated the Bible into Klingon; his professor might not even know (or care) what Klingon is. A teenage girl in Turkey killed herself when she heard about Kurt Cobain’s suicide. Her neighbor who spends his time studying the Koran–like the guy sitting next to me on the subway–probably never heard of Kurt Cobain. A thirty-year-old single woman producing the local TV news in Minneapolis probably has more in common with a newswriter in Seoul, Korea, than with the family in the apartment downstairs.

Just when it looked like global communication would join the world into one monolithic culture, we’ve started to split into smaller cultures again, this time based on what you know instead of where you live.

New age, environmentalism, Gay rights, Socialism, entrepreneurialism, right to life, right to death, turning fifty-ism, natural law, wicken-ism, and thousands of other categories–there are people who make these things their identities, while their next-door neighbors know nothing about them. These categories may not define a person as much as race and nationality do, but they’re getting more important all the time. The buffet is open: Choose your culture.

None of this is good or bad; it’s a fact of life. Regional cultures were the result of isolated communities. Niche-culture is the result of a world with abundant information and sophisticated communication. In some ways, it’s better. We can learn about each other and learn from each other–we don’t have to retreat into our own niche-cultures or lose all sense of shared experience. We don’t have to evolve into a society of strangers. We need a balance between the niche and the community–some common denominators that everyone gets. But what? The first task is to get people from all niches to agree on what these denominators might be. I’ll start by posting this question on the net.