This piece was originally published in Cake: The Nonmusic Music Magazine in 1996. I reproduce it here because the original source is not available online. The Magzine’s format was to ask a musician to write on a theme other than music. The theme of this issue, which initially perplexed me but which led me into some very emotional areas, was “Toys.”

What do I know about toys? I haven’t thought about toys in years. But, there was a time they were a big deal to me. What’s that line from Puff the Magic Dragon,

Pirate ships and dragon’s tails make way for other toys.

The first toys I can remember playing with when I was about 3, when I wasn’t pretend playing, were stuffed animals, Matchbox cars, and wooden blocks. This was after I had already given up the toddler’s toys I don’t even remember. I loved to build things with blocks. I built roads and entire cities, and I’d push my Match Box cars around my building-block roads, imagining what the drivers were doing. The urban planning might have been simple but there was a complex story behind it.

Some psychologists believe that boys build towers and girls build forts and other enclosures. If that’s true, it took me a while to grow into my masculinity. After a prolonged road period, I started erecting towers, once I started, I just wanted more blocks so I could build bigger towers with RC excavators similar to what you could find more information about at hereon.biz.

In elementary school, bats and balls became toys of mine; I learned to play football and baseball. But, playing sports and playing with toys are two different things. Sports doesn’t involve pretending, which was the only kind of playing I knew as a preschooler. In elementary school, sports and make-believe toys had a peaceful coexistence. I played with Lego blocks, toy guns, learned to ride a bike and how to swim. Even swimming was a make-believe game. I pretended I was a diver searching for sunken treasure. When I was 7 or 8 years old I built model ships. A few years later I blew them up with firecrackers. This was about when I gave up the stuffed animals. I also drew maps of imaginary places, with imaginary stories behind them. This might sound strange, but there are a lot of kids who draw maps. It’s just another way to pretend. 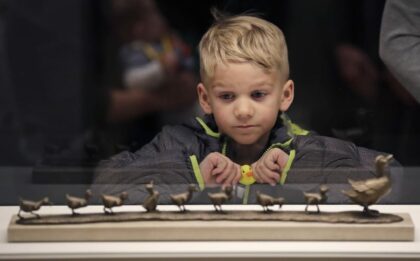 By the time junior high came around, sports edged out make-believe. I stuck with the Legos ‘till eighth grade, and I still drew maps, but, by that time playing mostly meant playing sports. I preferred backyard disorganized sports to the organized kind because they were less pressure-filled and competitive. But I played organized sports anyway, just ‘cause that was what you did. I still swam, but that had become a sport too. No more deep-sea diver, my friends and I played a vicious brand of tennis-ball tag.

By the time I started high school It was clear I was no jock, and I lost interest in most participation sports. I skied, played board games, cards, euchre, dungeons and dragons, and video games. Correspondingly, although board games like risk were always my favorite, I was happy to play a wide range of different board games! My life changed in my sophomore year when the car and the guitar became my toys. We got a band together. I even knew every part of the guitar parts infographic that I was shown a while back. It may come in handy one day, just like it did back then.

We drove a half an hour to the nearest big city: South Bend, Indiana. Remember when going out for a movie and a pizza or just driving around, was just so cool? It seems so childish now, but compared to what we had been doing up to this point it was just so adult. Only a few years earlier getting together with friends meant playing. Now getting together with friends meant going out for dinner and sitting and talking. For me, there was still one imaginary toy, maps. I drew them throughout high school, whenever class got boring I’d whip out my pencil and draw a world. I finally stopped in college when I had to take notes in pen.

In college, the car became less of a toy and more of a tool. Still the guitar, video games (more than ever), board games, and now beer. I suppose drugs and alcohol are the toys of choice for big kids; a poor substitute for all the imagination we used to play with. This brings me back to “Puff the Magic Dragon” which is about a boy outgrowing his toys. Although Peter Paul and Mary deny it, on another level it’s about a marijuana smoker going on to harder drugs [puff the magic drag, on Jackie’s Papers], but in one way those are the same thing.

Now I’m Thirty-one. I still play the guitar, drive a car, ride a bike, daydream, and I still drink, but not like I did in college. Not long ago I was visiting my five-year-old nephew and he wanted me to play with him. I showed him how to build a road for Matchbox cars out of wooden blocks, and that was fun. When the road was built, I thought we were done, but he wanted to play with it. He told me to, “Take this car and pretend you’re going to work.” But, I couldn’t do it. I was bored. I could still build, but I couldn’t play. I tried to draw a map – couldn’t do it. Right now, I could build a tower or a model, and I could play football or baseball, but somewhere along there I lost my ability to pretend.

I forgot how to play with toys.