This essay was originally published on Basic Income News in December 2011. 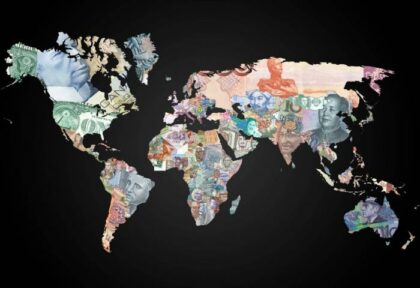 I can’t believe the news. We are in the midst of the worst global depression in 70 years, and the governments of almost every major industrialized country are talking about austerity. They’re cutting government services; laying off public sector workers; cutting pay, pensions, and benefits for public employees—all in the name of austerity and balanced budgets.

This astounds me because we’ve been through it before. We’ve seen what works, and we know that austerity is not the way out of a major depression. Austerity makes depressions worse. To get out of a depression, the government needs to spend money—and lots of it. The lessons of history are clear, and the reading of history I’m going to discuss to make my point is not terribly controversial among economists. Let me explain.

In a depression (or a deep recession or whatever you want to call it), we get stuck at the bottom. People can’t spend as much because they’re not making as much, but they aren’t making as much because people aren’t spending as much. Debt is a related problem, and so, I believe, is the real estate market, but there’s no room in this editorial for a full explanation. If you understand the idea of getting stuck at the bottom because of the feedback between spending and income, you get the essence of it. This kind of unemployment is pure waste. Human resources (not to mention idle shops and factories) are simply going to waste unused. We can wait for all that to work itself out on its own—as Japan has been waiting since 1989—or the government can take action.

Austerity is a reasonable response to—say—finding half of our industrial capacity destroyed by aerial bombardment. If our physical capacity to produce goods has fallen, then we’ll all have to make do with a little less for a while. But austerity is the worst possible response to an economy in a depression, because a depression economy is no less able to produce goods than before; it’s simply letting productive capacity go to waste. And that waste exists because people aren’t spending as much. If the governments of the world respond by spending less as well, they simply exacerbate the problem.

We learned how to take action in a big way at the outset of World War II. I wrote a few years ago about “the economic lesson of 1938” (August 2009). Today’s editorial could as well be called “the economic lesson of 1941.” The accompanying graph (at the bottom) shows U.S. per capita GDP for the years 1929 to 1947—from the stock market crash at the beginning of the Great Depression to the bottom of the post-war recession. Per capita GDP is the income of the average American. The figures are in “inflation-adjusted” 2008 dollars, meaning they’re multiplied by an index to show the purchasing power that the incomes of the time would have at today’s prices. No inflation adjustment is perfect, but they give you a rough idea. In general the graph shows we were much poorer back then, but it shows much more about the times.

The austerity years were 1929 to 1933. In addition to many other mistakes, the government responded to reduced tax revenue caused by declining economic activity by reducing its own activity to match. Average income went down from over $11,000 to less than $8,000—a loss of more than 25 percent. You can think of everybody getting a 25 percent pay cut at the same time or of 75 percent of people keeping their entire income while 25 percent of people lose their entire incomes. What actually happened was somewhere in between, a little bit of both. Unemployment went up to 20 percent, and in that sense the Great Depression was roughly twice as bad as what we’re going through now.

In 1933, Franklin Roosevelt was elected and we started spending money to stimulate the economy. He called it “priming the pump.” Years later Keynesian economists would call it “simulating aggregate demand.” Whatever you call it, Roosevelt took what, at the time, looked like big action, spending money trying to help people, to get the economy moving again. And he had several years of success until he returned to austerity measures in 1937 and 1938, suddenly trying to balance the budget. I wrote about that problem in my earlier editorial. Except for that year progress was slow but steady. Yet, by 1941 unemployment was still at 9.67%. After 12 years of waiting for an end to the depression, more Americans were unemployed in 1941 than they are now in the forth year of our depression.

But in 1941 the Japanese bombed Pearl Harbor. The United States entered World War II. And the depression ended virtually over night. We went from a 10-percent labor surplus to a labor shortage in a matter of months. The demand for labor was so great that women entered the labor force in unprecedented numbers. They found good high-paying jobs waiting for them. Average income shot up to $20,000 per year—two and a half times what it was after four years of austerity in 1933.

There are dangers to stimulating the economy in the wrong way, at the wrong time, or in the wrong amounts. You can end up with unacceptable debt, inflation, or a delayed depression. This is why I have never thought of myself as a Keynesian, and I do not think that massive stimulus is the best response to a garden-variety recession like most of the ones experienced between World War II and today. I’ve argued in this series (May 2009) that the most important thing government can do during a downturn is the same as during a boom: make sure everyone’s basic needs are met. If that is done, we can often let recessions work themselves out. I guess I’m a last-resort Keynesian. I think most non-Keynesian economists are, although they probably disagree a lot in how bad things have to get before they’ll take up their last resort.

I don’t think we should wait any longer because the possible dangers of a government stimulus can be overblown. None of them manifested themselves during or after the Second World War. Except for the obvious losses to war, the spending was good for people. After the war people got married; they used the money they saved to make down payments on houses, to start families, and to build better lives than they had in the 1930s.

The depression never came back. This is why I end the graph in the recession year of 1947. That year was as bad as the economy got after the war, but yet, per capita income was still nearly $15,000, not quite twice what it was after four years of austerity in 1933 and still 25 percent higher than it was in the boom year of 1929. After 1947 we got good healthy growth punctuated by short, forgettable, recessions. It was one of the best periods of economic growth in American history. The Second Word War spending worked, and there was no post-stimulus hangover, not in the short, not in the long run. The most massive government stimulus we’ve ever had—perhaps the largest in world history—did not cause any significant problems with debt, inflation, or delayed depression.

You can look at the income and unemployment figures for almost every industrialized, capitalist nation at the time, and you will see the same pattern: as soon as they began massive war spending, the depression ended in their country. But we don’t need a war to stimulate the economy. We just need to break the political obsession with austerity and start spending money.
Without the need to spend a stimulus on war, we can spend on schools, bridges, public transits, infrastructure, or on services to help the needy through a basic income guarantee or through something else. What we spend on is less important for stimulating the economy than the need to spend. The basic income guarantee movement now needs to be part of broader movement around the world against the austerity craze. This is one reason I support the Occupy Movement in the United States and the anti-austerity movement in Europe. We must focus the world’s attention on the need for government to spend money to help people. Once we open that door, the possibilities are great. But until then, we practice austerity against the lessons of our history.
-Karl Widerquist (karl@widerquist.com), the Second Cup Café, Doha, Qatar, December 2011