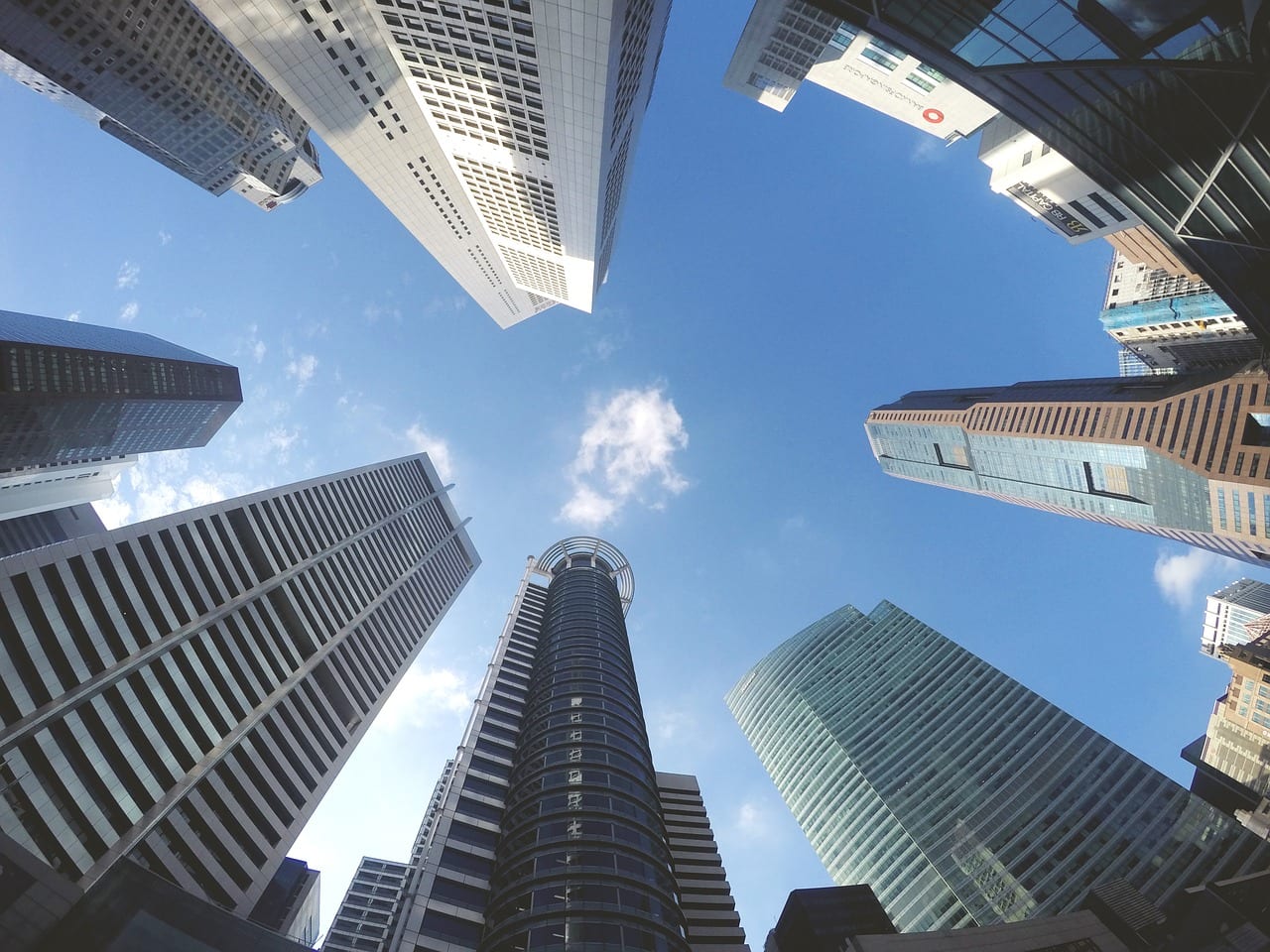 The following is part two of a two part series (part one can be found here) featuring Kate McFarland interviewing D. JoAnne Swanson of The Anticareerist on Basic Income. The original article can be found here.

KM: Are there any particular writers or thinkers on basic income who have influenced your views? Is there any additional literature that you would recommend for those who are interested, specifically, in the idea that basic income could facilitate and encourage unpaid work?

DJS: This could be a long list! Not all of these people are basic income writers per se, but they’ve all greatly influenced my views on basic income and unpaid work. Here are some of the writers I refer to most frequently, along with a favorite quote from each:

David Frayne – his interview in Contrivers’ Review is among the most lucid treatments of these topics I’ve ever read. I love his writing. I highly recommend his book The Refusal of Work.

“…there has to be more political organisation to create change. The book is deliberately very explicit about this because I felt a strong need to distinguish it from popular books promoting lifestyle changes like “slowness” or “life simplification” as solutions to the problems with work. We are seeing a lot of these books where the author is positioned as a sort of lifestyle guru, who is going to tell us the secret key to living well, and it is usually by working less, being less materialistic, and so on. I don’t think that people really benefit from being told this, and these books actually anger me to a degree, because they suggest that change is a matter of changing individual habits.”

“Why do we want to create more jobs? It is so people have money to live. For that purpose, they might as well dig holes in the ground and fill them up again, as Keynes famously quipped…Wouldn’t it be better to pay people to do nothing at all, and free up their creative energy to meet the urgent needs of the world?”

“Unfortunately, the term leisure carries connotations of frivolity and dissipation that are inconsistent with the urgent needs of the planet and its people as the age turns. There is a vast amount of important work to be done, work that is consistent with degrowth because it won’t necessarily produce salable product. There are forests to replant, sick people to care for, an entire planet to be healed. I think we are going to be very busy. We are going to work hard doing deeply meaningful things that no longer must fight upstream against the flow of money, the imperative of growth. Yet I also believe we will have more true leisure — the experience of the abundance of time — than we do today. The scarcity of time is one reason we overconsume, attempting to compensate for the loss of this most primal of all wealth. Time is life. To be truly rich is to have sovereignty over our own time.”

Charlene ‘Eleri’ Hamilton of Women4UBI on The Work Trap:

Basic Income is about trust and respect. We respect you as a member of our society, and we trust you to make your own choices. We don’t need to means test you, or scour through your finances, or judge what you buy when. When everyone gets the same level of benefit, then no one needs to be judged, shamed or excluded.”

Peter Frase – search his blog for the “work” tag. In particular, see Stop Digging: The Case Against Jobs and Work To Need. From Workin’ It:

“I want to separate the different meanings of work. But doing so is essentially impossible in a world where everyone is forced to work for wages, because they have no other means of survival. In that world, all work is work in the first sense, “necessary” because it has been made necessary by the elimination of any alternative.”

Kathi Weeks – The Problem With Work: Feminism, Marxism, Antiwork Politics, and Postwork Imaginaries and A Feminist Case for Basic Income:

“Demanding a basic income, as I see it, is also a process of making the problems with the wage system of income allocation visible, articulating a critical vocabulary that can help us to understand these problems, opening up a path that might eventually lead us to demand even more changes, and challenging us to imagine a world wherein we have more choices about waged work, nonwork, and their relationship to the rest of our lives.”

“…under capitalism every worker is manipulated and exploited and his/her relation to capital is totally mystified. The wage gives the impression of a fair deal: you work and you get paid, hence you and your boss are equal; while in reality the wage, rather than paying for the work you do, hides all the unpaid work that goes into profit.”

“…anyone doing informal but necessary work such as unpaid care-giving is put under financial duress because their time used for unpaid work cannot be used for paid work. Families, neighborhoods and communities are robbed of the time and resources they need thrive and be healthy. This robbing resources from the informal sector causes great harm to children, elders, people with extra needs from illness or disability and it breaks apart families and communities. This creates a negative feedback loop because the subsequent problems fuel the need for more ‘fixing’ jobs (e.g. social workers, addiction counsellors, police, lawyers, jailers, etc.).”

“The sorcery of capitalist economics is precisely to make its own violence invisible, so that it can appear to be nothing but the miraculous liberator of human potential and the progressive deliverer of ever-abundant goods. And there is a disturbingly good reason for us to give in to this illusion: most of us are dependent on the very economy that has systematically exploited us and undermined the health of our communities and our environments. We have come to rely on the very “job creators” (that new euphemism for exploiters) whose project of profiting at our expense we condemn. We have come to need the very economic growth machine that is eating our world and destabilizing our planetary climate in the name of “progress.”

Lauren Chief Elk-Young Bear, Yeoshin Lourdes, and Bardot Smith, founders of the gender justice movement Give Your Money To Women: The End Game of Capitalism.

“This goes back to classism again and again and again. If you look across the spectrum, things women do for society are valued little or not at all in terms of money. They’re essentially forced to access capital through their relationships with men: personal, familial, professional.”

Molly Scott Cato – See Arbeit Macht Frei  (the first edition of this book was released in 1996 under the title Seven Myths About Work.)

“Work is a confidence trick that lies at the heart of the economic system of capitalism. If a man walked up to another man and hit him over the head with a stick and stole half the money in his wallet this would be considered a crime and the man would be considered a threat to society. But if a man offers another a job and pays him half the value his labour generates we laud him as a wealth-creator, as a worthy entrepreneur, the sort of person our children should be taught to emulate in school.”

“…we need to be willing to argue for leisure as a right, and as a feminist issue. […] A gendered demand for leisure would argue that women’s time is as important as men’s, whether we are spending it parenting or reading a book or lying on a beach. It would take into account the racialized and classed expectations of different groups of women, and argue that low-income women deserve time off too (and it would argue that they deserve to make enough money to enjoy that time.) It would point out that what is earned vacation for white women is not “laziness” in women of color.

It would argue not from any biological imperative (that rarely gets us anywhere good), but from a time-honored (though lately forgotten) labor and left tradition that says that time, as much as anything, is a right—and it would take from the Wages for Housework movement the idea that unpaid work in the home is still work that we deserve a respite from.”

Karl Widerquist – Among my favorite quotes from his work is this powerful statement:

“One answer of mine to one of the common questions [about universal basic income, a.k.a. UBI] is unusual, and it’s been a major theme in my writing since I started. When people say it’s something for nothing, I argue most emphatically that it is not. We force so many terrible things onto the poor. We don’t get their permission. And without UBI, we don’t pay them back for what we force on them. We make them live in a world where everything else is owned. We make rules about all kinds of things they could otherwise do. Our ancestors lived without such rules for 200,000 years. They could hunt, gather, fish or farm as they wished. We’ve taken all that away and given them nothing in return. UBI is long overdue. UBI is paying for the privileges you have taken. If we don’t have UBI we put the propertyless in the position where they have no other choice but to work for the very people whose privileged control of resources makes the propertyless unable to use resources for themselves. UBI is no less than the end of effective slavery.”

James Chamberlain, whose work I just discovered a few weeks ago. (My first reaction: “where were the people who were writing things like this when I was applying to graduate school?”) I’m very excited to read his new book Undoing Work, Rethinking Community, especially after reading an early draft of the first chapter.

“Not only does the requirement to work keep many of us too busy to engage in deep reflections on fundamental questions of collective existence, but the ideology of work erodes freedom by constructing paid work as an unassailable good and by placing it outside the realm of “reasonable” or “realistic” debate. By encouraging us to see the requirement to work for pay as an inevitable or even natural feature of collective existence, the ideology of work therefore chips away at our freedom to even imagine alternative futures in which paid work might play a different role (or none at all), and thus reduces our capacities to act according to our own ends.”

You can find out more about The Anticareerist and its author HERE.

Want to read back issues? An archive of all published issues is HERE.

In May, Kate McFarland will be speaking about anticareerism at the North American Basic Income Guarantee congress in Hamilton, Ontario, Canada.