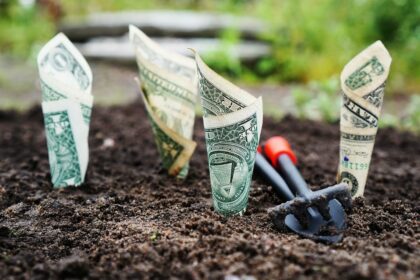 Because the distribution of purchasing power is essential to fuel our economic system, time has come to search for other sources of funding, other than “social security contributions” from labour.

An obvious tax-free way to help fund social security is to reduce the cost of public administration and public services through productivity gains. Another tax-free way is to use the profits of state owned companies to fund social security. Many countries own companies, in full or in part, such as in transportation, mobility, housing, banks, car manufacturing, electricity, water distribution, telecommunication etc. Some of those companies do well, others do not. In most countries, the sum of the profits (and losses) derived from those state-owned companies is low in comparison to the cost of the social security system. Sovereign wealth funds are a special category of state owned companies. Their goal is to generate profit out of the collective savings by the country to cover future social security expenses, like retirement benefits, but also to conduct economic stimuli programs in periods of economic decline.

This induces a discussion regarding to which part of the social security should be funded by savings and which part should come from “redistribution” (sometimes referred to as “repartition”). There are both public and private schemes to fund retirement benefits out of savings. However, in most countries repartition funds the biggest part of the retirement budget. In most countries, the non-retirement social security benefits like child allowances, unemployment, illness, and health care are almost entirely funded by redistribution. It is largely recommended that no matter what state your country’s economy is in, you should always save money yourself for your retirement too. It is possible that you might become incapacitated and unable to decide how this money is handled due to old age, therefore electing someone to have power of attorney on your behalf is also a crucial part of planning for your future. You can learn more about power of attorney here.

Very little academic work has been done on the ideal mix of social security funding between savings or repartition. Imagine a social security system which would be completely funded by (public and private) savings. That would be a huge challenge for any economic system because the percentage of required savings in the real economy would be extremely high. Moreover, there would be huge asset inflation leading to high volatility in stock markets and perceived personal wealth, this in turn yielding high instability in spending in the real economy. The short answer therefore is that the part of savings in our social security system should be relatively low.

Some defend the idea of money creation to fund basic income. The problem with this proposal is that it supposes an expanding economy while the population in most European countries are starting to shrink.

What would happen if we dig a hole into the ground and we discover tonnes of gold, gold available in massive quantities, just like water? What would be its value? Except for a few industrial applications, gold is useless. The reason it is used in jewels is based on its scarcity rather than its beauty.

However, we found something more useful while digging: oil. It can be used to make plastics and all sorts of other useful materials. Moreover, it can be used to produce heat or electricity. In oil or gas-rich countries the oil industry is massively contributing to the state income: social security is funded, at least in part but often completely, by this “black gold.”

Astonishingly, so far, the benefits of the black gold bonanza were only moderately used in countries which do not have these natural resources. They could have levied far higher import or consumption taxes on oil products than they actually did.

Higher taxes on energy consumption is an obvious way to finance social security in 2017, rather than demanding low income workers to share a big part of their small income to fund their health care and future retirement. Such a tax would surely reduce energy consumption and lower CO2 emissions. What is wrong with that? Either way when it comes to finances and especially retirement in our day in age now, more people are in fear of their own instability, if you’re one of these people you should be looking at ways to increase your retirement pot.

Maybe there are other “good” taxes? In Macau, the gambling tax, which is mainly contributed by visitors, finances a yearly basic income for all inhabitants as well as a fair share of the health care system.

Why not a smart tax on robots? For example, a tax on products made by robots, while it doesn’t matter if those products are made in the country or elsewhere. However, even if a smart phone would cost twice the current price, we still would buy it, just like we would buy our PC or fridge at twice the price. The easy way to implement such a tax in practice is to increase the value added tax or the sales tax on such products. The goal is to replace the “social security contributions” on low wage labour, because tax on low paid jobs is a bad tax. The problem is that the political world is not aware of that yet.

The replacement of high added value jobs by robots undermines the current mechanism of redistribution of wealth, such that some political voices emerge which are pleading to reduce social security benefits. We need to find a better way to fund our social security. This is essential to win the battle for basic income.

Leave a comment budget, funding, tax, taxes
The views expressed in this Op-Ed piece are solely those of the author and do not necessarily represent the view of Basic Income News or BIEN. BIEN and Basic Income News do not endorse any particular policy, but Basic Income News welcomes discussion from all points of view in its Op-Ed section.