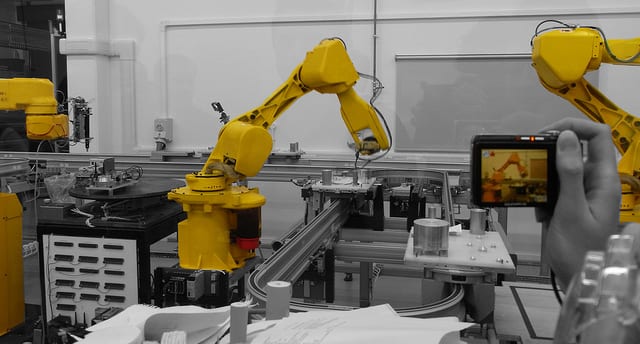 An article in the June 4th edition of The Economist, entitled “Basically Flawed,” argues that universal basic income is a radical policy that is just too risky to pursue. The anti-UBI argument itself is flawed, however, largely due to understating the benefit of UBI–if not ignoring its moral necessity.

According to an article in the June 4th edition of The Economist [1], universal basic income (UBI) is a policy of uncertain need but certain costs. A simple risk-benefit analysis, then, would advise us to maintain our current welfare states (perhaps with less radical adjustments) rather than gamble with a UBI.

Concerning the first, the author assumes that there is one (and only one) reason why something like a UBI would become necessary: widespread unemployment due to new technologies. Here the author notes that the robot job takeover has not happened yet, and expresses skepticism that it ever will:

Worries that technological advance would mean the end of employment have, thus far, always proved misguided; as jobs on the farm were destroyed, work in the factory was created. Today’s angst over robots and artificial intelligence may well turn out to be another in a long line of such scares.

Having set aside robot-driven angst, the author turns to defend the claim that UBI has sure costs. The first and most obvious of these is financial: a UBI is certain to be expensive to any government that implements it. For example,

An economy as rich as America’s could afford to pay citizens a basic income worth about $10,000 a year if it began collecting about as much tax as a share of GDP as Germany and replaced all other welfare programmes with the basic-income payment.

Moreover, the author complains that a UBI would “destroy the conditionality on which modern welfare states are built” — leading to an “erosion” of the workforce:

During an experiment with a basic-income-like programme in Manitoba, Canada, most people continued to work. But over time, the stigma against leaving the workforce would surely erode: large segments of society could drift into an alienated idleness.

Finally, the author worries that it would be impossible to combine UBI with a reasonable immigration policy; immigrants would have to be barred or else treated as “second-class citizenries without access to state support.”

Thus, the author concludes, the risks of UBI — which are both large and near-certain — greatly outweigh its sole benefit as insurance against technologically-driven job loss (which might or might not occur).

The basic income proponent could, if she wished, directly attack any one of the author’s premises. She might be tempted to argue that a universal basic income could be afforded and that it could be reconciled with a fair immigration policy, contest the claim that it would cause people to stop working, or produce evidence that mass technological unemployment is indeed very likely.

For my own part, I am not particularly interested in quibbling over any of these points, however important they might be independently. Instead, I will concentrate on two overarching problems with the author’s argument:

1. The argument understates the potential benefits of a universal basic income, which far exceed security against a robot job apocalypse.

2. The argument assumes that risk-benefit analysis is an appropriate method by which to answer the question of whether to adopt a universal basic income. But this would not be the case if, for example, a basic income is required as a matter of individual rights or social justice.

Why do we need UBI?

In an article published last April, Rutger Bregman writes, “Forget about robots. The reasons why we need basic income are infinitely better.” This is a crucial viewpoint–and one common in basic income discourse, the media’s apparent fondness for “the robot issue” notwithstanding–which must be taken into account when addressing potential benefits of UBI. 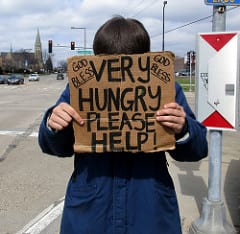 Take, for instance, the elimination of poverty. When scholars and researchers like Pranab Bardhan, Nkateko Chauke, and the team at GiveDirectly–to name only a few–argue that developing nations should adopt a basic income, they are not worrying about robots; they are thinking about poverty and inequality.

But, of course, poverty is also a pressing and immediate concern in high-tech countries like the United States. Indeed, a recent article in the New York Times sparked a debate about whether a UBI could abolish poverty in the US. When Scott Santens and Vox’s Matthew Yglesias joined the fray to argue that it indeed could, they remained focused on the issue of present poverty–not future automation.

Perhaps the author of The Economist article believes that a UBI is unnecessary to fight poverty, because existing welfare programs could just as well be tweaked to accomplish this goal. But, if so, the author would overlook many known problems with means-testing, which a UBI might eliminate.

The abolition of poverty–along with all the hurdles, stigmatization, and poverty traps created by means-tested programs–is a potential benefit of UBI that is clearly quite profound, yet one the author fails to mention.

Furthermore, a benefit unique to UBI is that, if high enough, it would enable workers to refuse employment. This too promises many positive results in the here and now, without waiting for robots to arrive at the door.

A UBI could be an enormous boon to workers who need or desire to leave full-time employment, if only temporarily, in order to raise a child, care for an ailing family member, return to school, start a small business, participate in voluntary community services, contribute to the arts, or pursue any other unpaid project. UBI is often said to recognize the value of unpaid labor in all of its forms; current systems of social welfare do not. 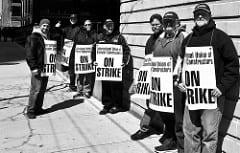 Moreover, it is often argued that this ability to refuse work benefits even those workers who do wish to retain full-time employment, insofar as it increases their bargaining power: if a worker cannot be replaced by someone desperate to take any job just to survive, it is easier for that worker to demand higher wages, better working conditions, or shorter or more flexible hours. It is UBI, not existing welfare systems, that would generate this type of bargaining power.

None of these advantages of UBI are mentioned in the risk-benefit analysis in The Economist, despite the fact that they are arguably as near-to-certain as any of the alleged risks–robots or no robots–and would be positive impacts of very high magnitude. A UBI might well be expensive, but one should to consider its full range of benefits in order to properly assess whether it is worth its high price tag. The author does not.

Of course, this is all to grant that the use of risk/benefit analysis is a fitting approach to the decision of whether to pursue UBI–but I believe that even this assumption can, and should, be questioned.

As evidenced by the various articles linked above, it is popular to argue in favor of basic income on the basis of its predicted effects: pro-UBI authors of cite empirical evidence of effectiveness cash-transfer to establish the claim that a UBI “will work”. That is, many authors argue that UBI will achieve certain desired outcomes (or not cause certain outcomes generally deemed undesirable, such as decreased workforce participation, laziness, or higher spending on alcohol or other temptation goods). 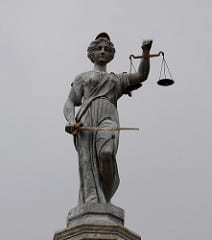 But what if a basic income is not merely an effective means to attain socially desirable ends? What if universal and unconditional basic income is mandated as a matter of social justice?

This is, in fact, far from an uncommon view within the basic income movement.

For example, Guy Standing and Yanis Varoufakis have recently described UBI as a form of social inheritance (cf. their linked lectures). The idea here is this: the money distributed in a UBI is money that rightfully belongs to all of us, equally, as inheritors of the wealth generated through the collective activities of our forebears.

Alternatively, one might argue for a right to a livable basic income in other commonly recognized individual rights–such as, perhaps most straightforwardly, a right to a certain minimal standard of living, just for being alive. Furthermore, a well-entrenched view in philosophical work on basic income–canonically presented by Philippe van Parijs and later developed in a somewhat different form by Karl Widerquist [2]–holds that the protection of freedom mandates an unconditional basic income.

If a universal basic income is a universal human right, then there is no question of whether the benefits are worth the risks; thus, arguments of the form given in The Economist don’t get off the ground. There is simply no question as to whether a UBI should be adopted: it should. The only question is how to manage whatever risks the policy would create, or perhaps how to tweak and fine-tune the policy to minimize risk.

If a basic income is a right–if it’s necessary as a matter of social justice–then we must find a way to fund it, even if it requires hefty tax increases on the rich (or even German levels of government spending!). And we must be willing to assume risks, including the possibility that some individuals will leave the workforce (some of them, perhaps, to simply smoke weed and watch Netflix).

This is not to suggest that we should ignore the potential risky outcomes. On the contrary, it is crucial to understand what the risks are, so that we might build safeguards against them. But, under the present supposition that basic income is simply a right, they should be viewed as potential problems that can–and must–be surmounted for the sake of what is owed to individuals and society.

[2] Such arguments are made in the books mentioned in the embedded links. N.B. All chapters from Widerquist’s work are available for free download from his website.

Thanks to Genevieve Shanahan and André Coelho for reviewing a draft of this article, and thanks to my supporters on Patreon.