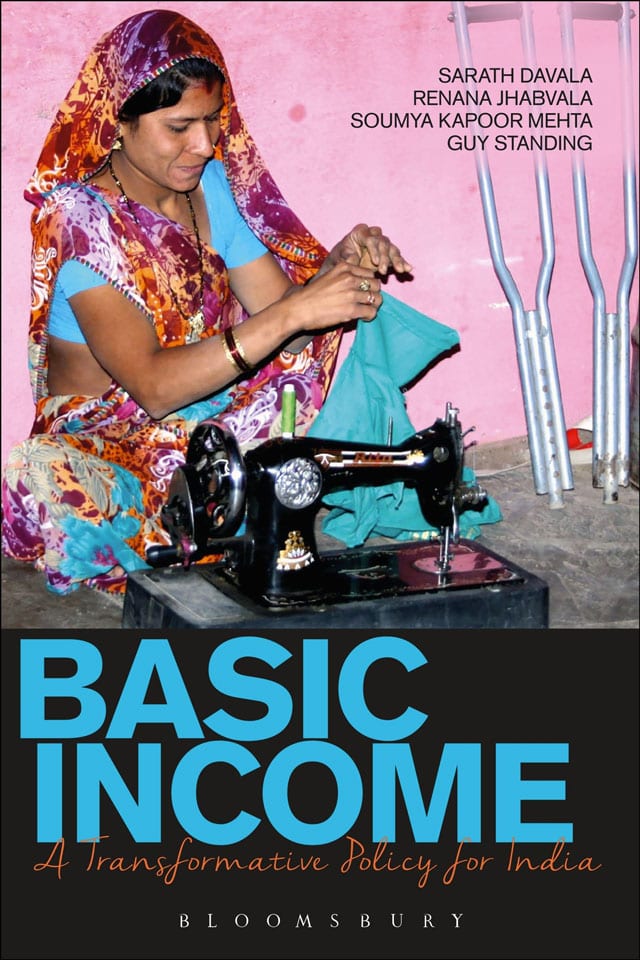 How can poverty be ended in the world’s developing nations? A simple question: and it might have a simple answer. A recent pilot project in India shows that a Citizen’s Income – an unconditional income for every individual – can make a substantial dent in poverty and create the conditions for its elimination.

This book is the report of eighteen-month experiments in which thousands of men, women and children in urban, rural and tribal communities in India were given a monthly unconditional income in place of India’s flawed subsidised food and guaranteed employment schemes. Pilot communities in which cash transfers would replace the subsidy system, and control communities in which they would not, were randomly selected, and the different outcomes in relation to a number of factors were carefully evaluated during the project and at the end.

The first chapter describes how the Self-Employed Women’s Association (SEWA) and UNICEF (the United Nations Children’s Fund) worked with Guy Standing and his colleagues to decide that the pilot project would be of a genuine Citizen’s Income – a universal, unconditional and nonwithdrawable cash transfer – for every individual in the pilot communities. Arguments against such cash transfers are answered. The second chapter describes the project, and the vast amount of work that went into establishing the necessary infrastructure, and particularly into ensuring that everyone in the pilot communities had bank accounts into which their Citizen’s Incomes could be paid.

The rest of the book describes the effects of the Citizen’s Income in terms of improved housing, electricity and water supplies, sanitation, nutrition, health, healthcare, school attendance and performance (especially for girls of secondary school age), and economic activity: by the end of the project, ‘many more households in the basic income villages had increased their earned incomes than was the case in the control villages, and many fewer had experienced a fall in earned income than in the control villages’ (p.139). In the pilot villages, child and teenage labour shifted from wage labour to own account work on family farms and to increased school attendance, bonded labour decreased as debts were paid off, and the purchase of such assets as sewing machines facilitated increased own account economic activity. Women’s status was enhanced by their new financial independence and by SEWA’s involvement, and the elderly and the disabled experienced improved status and living conditions. The final chapter shows that India could afford to pay a small universal Citizen’s Income by reallocating the money currently spent on food subsidy schemes.

SEWA, UNICEF and the researchers are to be congratulated on the establishment, and the significant success, of this pilot project. They have proved that it is possible to implement a Citizen’s Income in a developing country and that the benefits of doing so are substantial. The results are encouragingly similar to those generated by a Namibian pilot project in which Guy Standing was also involved. A significant cumulative case has now been built. Now all that is required is the political will to establish a Citizen’s Income scheme. If that happens then it might be a developing country, rather than a developed one, that implements the first universal Citizen’s Income and reaps the social and economic benefits.