Interview: No one in the parliament had heard about basic income before 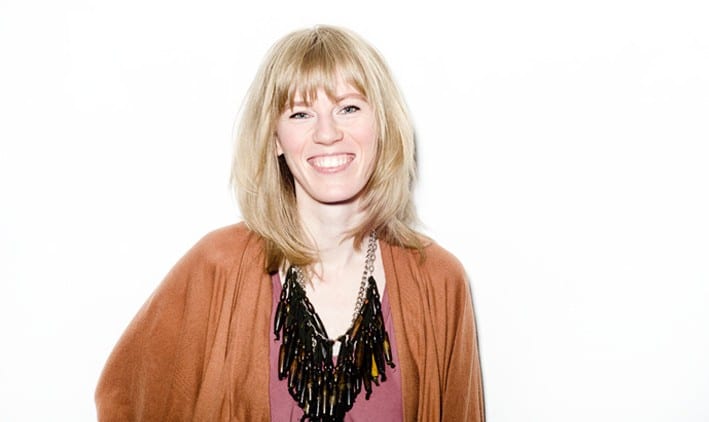 Last month, the Icelandic Pirate Party made a significant move in order to create discussion in Iceland about basic income by submitting a resolution to the national parliament. While the proposed resolution remains to be discussed, we have contacted its author Halldóra Mogensen, Deputy MP of the Pirate Party of Iceland in order to get to know more about her initiative.

Can you tell us more about the Icelandic context in regards to basic income?

There is very little awareness of the ideas behind the unconditional basic income (UBI) in Iceland. There are a couple of groups that I know of that have put UBI on their agenda. One is Alda, Association for Sustainability and Democracy, the other is the Icelandic Humanist Party which ran in the 2013 national elections.

The best literature I have come across so far on UBI in Icelandic is a bachelors essay (pdf) written in 2013 by Bragi Þór Antoníusson. The essay looks at the UBI from an Icelandic point of view and attempts to calculate costs and benefits of introducing such a system in Iceland. The calculations however were incomplete due to the lack of transparency in government accounts.

I recently sat in parliament for two weeks as a deputy for Pirate Party MP Helgi Hrafn Gunnarsson and used the opportunity to, amongst other things, ask the health minister and the housing and welfare minister for a written account of the total operational costs of the entire welfare system. The answers will help give us a better idea of the feasibility of introducing a UBI in Iceland.

Why is the Icelandic Pirate Party interested in the idea of basic income – and how did you come up with this resolution?
There are other Icelandic Pirates who are very interested in UBI ideas but it has never really been discussed on any proper channels within the party. I am a proponent of taking an holistic approach in all issues. As a society I feel we spend too much time and effort treating symptoms when we should be looking at the root disease causing these symptoms. I feel UBI has the possibility of addressing the root cause of the inequality and dysfunctional democracy we face as a society.

When I received the news of my short entrance into parliament my original thought was to write a speech about poverty and inequality and to touch upon the subject of UBI as a possible solution when Aðalheiður Ámundadóttir, human rights lawyer and employee of the Icelandic Pirate Party, suggested that I write a proposal instructing the housing and welfare minister along with the finance minister to put together a team to research the UBI idea. I delved into the project and rallied together individuals who have been writing about UBI in Iceland and sought out their help in writing the proposal (here on the parliament’s website).

What sort of reactions have you received so far?

Mostly curiosity, especially from other MP’s. Apart from Pirates MP’s who were very enthusiastic about the idea, other Icelandic MPs were very hesitant to sponsor the proposal but found the idea to be interesting and positive. No one I spoke with had heard of UBI before, and that most likely explains their hesitation. Hopefully the proposal will spark an interest in gathering more information on the subject.

What are the chance for the resolution to pass?

I have to admit that I am not incredibly hopeful that the proposal will pass, it might never even go to the vote. The first step in the process is for me to speak on behalf of the proposal in parliament after which time it will go to a committee to be discussed. The committee will then decide whether the proposal gets put through to a parliamentary discussion. After two rounds of spoken discussions there could be a vote.

Can you tell us more on how you got into the idea of basic income?

I really cant remember how I got into the idea of basic income. I read a lot and spend time around strange, radical minded people I guess! I have enjoyed following the discussion going on in Europe and seeing the idea gaining support. I was very excited to see UBI being discussed in The Economist, going into the main stream is a big step. I am also very hopeful for the Swiss elections on a basic income. All of this international coverage seeps into the Icelandic conversation but there is a need for more literature in Icelandic. I hope to see this happen in the near future as the idea gains support.