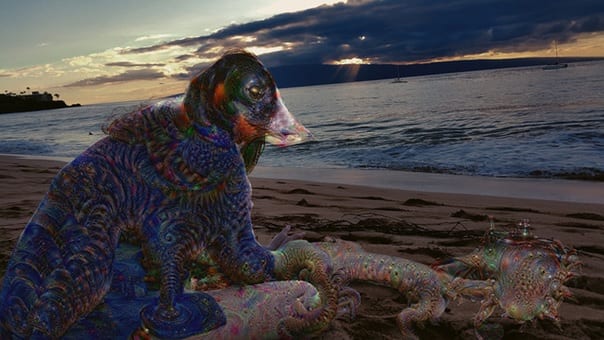 On June 6th 2018, Trent McConaghy, founder of Ocean Protocol and BigchainDB states in his article “Nature 2.0, The Cradle of Civilization Gets an Upgrade”, that a combination of Artificial Intelligence (AI) and Blockchain can result in a future of abundance. Profits from self-owning machines can pay for a Universal Basic Income (UBI), according to this expert in the field of automation.

A Blockchain is a database with new characteristics compared to traditional databases, as McConaghy explains:

Furthermore, Blockchains can not only be used for data storage, but also for processing data and communications. Blockchains, like Bitcoin, can be seen as information-centric Public Utility Networks (PUNs), states McConaghy, and “as “trust machines” these minimize the human trust (in banks) needed to operate. In doing so, these allow ever larger organizations of people to interact without trust issues arising. McConaghy says that the most important characteristic of blockchains is “incentives”. According to him, “a person can design a network that gets people to do stuff, by rewarding them with tokens.”

Then he takes us a step further and explains that Blockchains can also be designed as a Decentralized Autonomous Organization (DAO), which is a computational process which runs autonomously on a decentralized infrastructure. McConaghy explains: “A DAO is autonomous code that can own stuff.”

Trent also refers that AI and DAO combined can generate value by making and selling art, using Genetic Programming (GP) (as in this example), or Deep Dreams (a twist of Neural Networks). It can be achieved when a computer program ‘orders’ an artwork to be generated, sells it on a digital marketplace for crypto currencies and repeats the process (generating a new artwork). Over time, it accumulates wealth, without any human controlling it, while evolving with its own GP coding.

“This is possible with today’s technology” and AI-DAO’s can get rights using today’s law, McConaghy states. The impact of the combination of AI and DAO is huge because it combines database resources with autonomous decision-making. Making and selling art is only one example, but self-ownership can be done with self-driving cars and even roads, windfarms and energy grids, according to McConaghy. He concludes by stating:

“Many dream of Universal Basic Income (UBI), because it can address worries about job loss in the face of AI, and help more people to chase their dreams and self-actualize. Blockchains make the distribution side straightforward. Anyone that provides some proof of being human (even if imperfect) gets an equal amount of income arriving to the UBI chain. The challenge is how to pay for it. Nature 2.0 gives a solution to this! In short: profits from self-owning machines pay into the UBI chain.”

Trent McConaghy, “Nature 2.0: The Cradle of Civilization Gets an Upgrade”, Medium, June 6th 2018

Special thanks to André Coelho for reviewing this article.