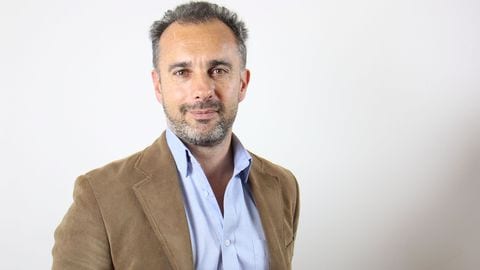 France: Abdennour Bidar speaks about basic income to the MFRB

The Movement Francais pour un Revenue de Base [French Movement for a Basic Income] (MFRB) has interviewed, early this year, philosopher and author Abdennour Bidar, who has recently published the book “Libéron-nous! Des chaînes du travail et de la consummation” (“Let’s free ourselves! From the chains of work and consumption”).

Bidar has started getting interested in basic income in 2015. As a defender of basic income, Bidar has tried, in the referenced book and in his speaking venues and interviews, to detach his arguments from strictly economic grounds, but to solidify a sound philosophical defence. According to him, the “how much” question amounts to an obsession, since present-day society is obsessed with money and its derived consumption habits. He doesn’t aim to minimize the economic issue, but to amplify the debate to a much larger sphere.

Because in order to mobilize people, to get them to stand up for their rights, time is needed. Most people are just too busy making ends meet, working to feed the children and paying the rent, so a basic income can come as way to provide people with the necessary time to become full-right citizens.

He says the times we live in are the “Kairos” of the age, an historical moment to act, to achieve crucial change. The capitalist system just captures and condenses wealth, leading to unprecedent levels of inequality. Our task now is to redistribute the abundance we are today are able to produce. Since we no longer need to work so much to produce wealth, in the XXI century, due to automation and computerization, we are now, or should be, able to free ourselves from the necessity to “work for a living”, and maybe start working to live…and be happy.

He cites new generations: according to him, young people are much less “docile” regarding impositions from the job market, than previous generations. They want to align their work with their beliefs and aspirations, and not only to work as a way to guarantee survival (in the midst of a hostile society). That may even include, sometimes, to stop completely from working, since everyone needs to breathe, to stop running and reflect at certain moments in their lives.

Bidar looks at basic income also as a tool that allows people to participate in their community and society at large, instead of just hoping that things arrive at their doorstep provided by a handful of politicians. He poses fundamental questions of what to do with our time: what mobilizes us? How do we choose to use our time?

Because, it seems, society is entirely unbalanced, and tilted towards work. That means that the availability of quality time will help people to re-centre their lives in a better balance between work, culture (each person’s place in society and their own choices within their social culture) and political activity (truthful, responsible and active citizens).

He says that “you cannot improvise freedom”, which in this case means that the actual societal freedom a basic income can supply must be a very concrete, planned and conscient step to take. It takes a lot of reflection, discussion and agreement to implement such conditions for freedom. According to him, children and youngsters in general should be supported in their education, so they develop self-confidence and trust in their creative freedom, rather than just being told what to do.

He defends opening up the marketplace, so people have true choice in what to do with their lives, in a sense trusting them to be responsible in living out their freedom. He also understands that suffering in the job market is rampant in today’s society, and that must end. People have little or no choice, which resembles totalitarian systems. To that end, the link between income and work must be broken. There is a social emergence, so basic income should be immediately implemented, even if in a partial form (for the most vulnerable members of society, e.g.: disabled, young people, women in some circumstances). However, he questions if people in general are ready for the level of freedom basic income allows, even though he states that such a policy is crucial to tackle the social and ecological crisis humanity faces nowadays.

To resolve the apparent paradox – that people may not be prepared for the kind of living they need to be living in order to solve the social and ecological crisis – he points to education. He believes in the human being, and that humans are capable of great things, but education and individual conscience are fundamental to evolve and transition to a new way of living.