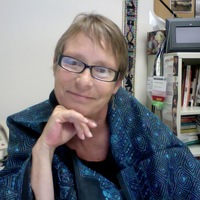 The Seventh International Basic Income Week started on Monday with events scheduled all over the world as well as a series of “Ask Me Anything” threads on Reddit. Among the latest to host AMAs are Ann Withorn and Shawn Cassiman, Mike Howard, Hyosang Ahn, and Pablo Yanes.

Ann Withorn, Ph.D. is Professor of Social Policy, Emeritus, at the University of Massachusetts/Boston.  Her main work revolves around issues of economic justice, women’s poverty, and radical social movements.  Shawn Cassiman, MSW, Ph.D. is an Associate Professor at the University of Dayton in Ohio.  Her research largely focuses on the impact of structural violence, especially on women, and policies that lead to a more just society. Their AMA, hosted on the Two X Chromosomes subreddit focuses on the effects of a basic income on women and its ability to address the ramifications of neoliberalism.

Mike Howard is a Professor of Philosophy at the University of Maine and is the author of Self-management and the Crisis of Socialism, the editor of Socialism, and a co-editor of two books on Alaska’s Permanent Fund Dividend.  He also serves as coordinator of the US Basic Income Guarantee Network. Specifically, Howard is an expert on socialist philosophy, the Alaska dividend, and on cap and dividend proposals.  His AMA contains a great discussion about socialism in the modern political climate as well as questions about the Alaska Permanent Fund.

Hyosang Ahn is the Director of the Basic Income Korean Network and is editor of Left Monthly.  His AMA, although short, contains information on the basic income movement in South Korea.

Pabo Yanes is from Mexico and is working on advocating a basic income as a basic human right.  His AMA focuses on whether a basic income is feasible in developing countries.

On top of these AMAs, there have been organized events all over the world this week about the basic income.  A list of all events is online at: https://basicincomeweek.org/activities/

The Basic Income Subreddit is online at: https://www.reddit.com/r/BasicIncome

The Seventh International Basic Income Week started this Monday with events scheduled in numerous countries as well as a series of “Ask Me Anything” threads on Reddit.  In the past two days there have been four more “AMAs” from Toru Yamamori, Peter Barnes, Popho Eun Sil Bark-Yi, and Ed Dolan. 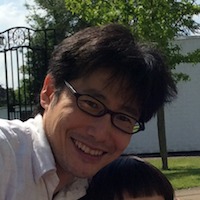 Toru Yamamori is a professor at Doshisha University in Kyoto, Japan, as well as an executive committee member of BIEN in Japan and co-founder of the Japanese Association for Feminist Economics.  His AMA contains much discussion on the history of basic income ideas in Japan as well as the current basic income movement in Japan.

Peter Barnes is the author of Who Owns the Sky?, Capitalism 3.0, and With Liberty and Dividends For All.  Much of his work focuses on the flaws of capitalism and his AMA certainly follows that theme as well as a stimulating discussion of a dividend-type basic income. Dr. Popho Eun Sil Bark-Yi is a feminist scholar whose major research interests are basic income, sexuality, gender, queer theory, emotion, and patriarchal capitalism.  She is also a member of the steering committee of Basic Income Korean Network.  Her AMA consists of great discussions on a basic income’s impact on gender dynamics as well as the specific basic income movement in South Korea.

Ed Dolan is an economist with a Ph.D. from Yale who writes Ed Dolan’s Econ Blog and also wrote the textbook Introduction to Economics from BVT Publishing.  In his AMA Dolan fields many questions related to the economics of a basic income.

On top of these AMAs, there have been organized events all over the world this week about the basic income.  A list of all events is online at: https://basicincomeweek.org/activities/

The Basic Income Subreddit is online at: https://www.reddit.com/r/BasicIncome/

INTERNATIONAL: Seventh International Basic Income Week Kicks Off with Two “Ask Me Anything” Threads on Reddit

September 15th marks the start of the Seventh International Basic Income Week, an event designed to get people all over the world to discuss the basic income as a policy possibility to reform welfare in governments across the globe.  One of the week’s major programming pieces is a series of “Ask Me Anything” (AMA) posts on the popular social media site Reddit.  Thirty basic income speakers will take part in nineteen separate AMAs on Reddit this week to facilitate discussion on the topic.

Karl Widerquist has written on the basic income for over 15 years, including over 30 articles and multiple books on the subject, including Freedom as the Power to Say No.  His AMA consists of a largely pure discussion about the basic income, including questions on work disincentives, funding methods, and many other aspects of a basic income.

Marshall Brain wrote Manna and the Robotic Nation series and conducted his AMA on the futurology subreddit.  His AMA contains many questions about Manna, the increasing robotic automation of work, the concentration of wealth, and the necessity of public awareness and public acceptance for the basic income.

The Basic Income Subreddit is online at: https://www.reddit.com/r/BasicIncome/