“This article reviews the potential for Mincome to answer questions about modern-day income experiments and describes how researchers may access these valuable data.” 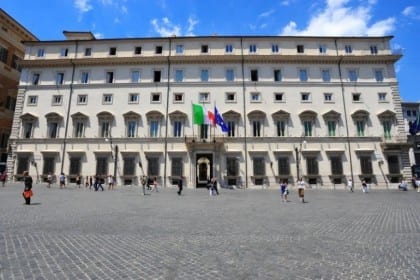 Italy needs to introduce a Guaranteed Minimum Income as soon as possible, following the example of other European countries. This is the central message of the letter published below, addressed to the Italian government and signed by sixty economists and scholars from Italy, France, Germany, United Kingdom, Finland, Sweden, Belgium, Netherlands, Greece, Spain and United States, among others. The letter was published on February

ROME, ITALY: International day for the eradication of poverty, October 17, 2015

Several initiatives took place throughout Italy on the occasion of the International Day for the Eradication of Poverty, held on October 17 this year. A public event in Rome tackled the theme of “Equal social dignity”. A common document was signed by a number of civil society organizations and activist groups, including Basic Income Network Italy (BIN Italy), BIEN’s Italian

On June 30 this year, the Italian campaign “100 days for a dignity income” ended with a public meeting in Rome, with the participation of representatives from civil society organizations and activist groups behind the campaign, and several MPs. Basic Income Network Italy (BIN Italy), BIEN’s Italian chapter, was among the campaign organizers. 70,000 signatures were collected to ask the

On March 26 this year, representatives of the Basic Income Network Italy (BIN Italy) were heard by the Labour Commission of the Italian Senate, one of the houses of parliament, about the possibility of introducing a national guaranteed minimum income (GMI). The Commission has been discussing this issue for some time, as various draft bills in favor of a GMI

The center-left government of the Italian region of Friuli-Venezia Giulia is about to roll out a minimum income experiment – the actual wording used in the legislation is “measures of active inclusion and income support”. It was approved in June by the regional parliament. The cabinet finalized the implementation guidelines at the end of September. This is far from a