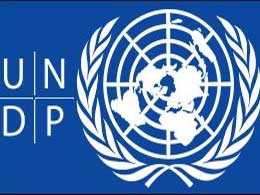 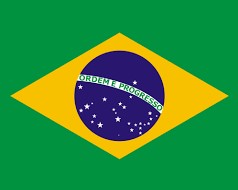 When, at the end of February 2020, the first case of COVID-19 was registered in Brazil, unemployment, job insecurity and poverty were already very well established in the Brazilian social structure. In January 2020, the rate of unemployment among the Brazilian population was 11.2%. According to data from 2018, 25.3% of the residents in Brazil lived in poverty and only 43.4% had some income from work. This was the scenario found and aggravated by the pandemic.

After a strong social mobilization, Law 13.982 was published on April 2, 2020, creating the Emergency Workers’ Aid (EWA), an exceptional social protection measure to face the health emergency. (The EWA is sometimes called an Emergency Basic Income, but it ought not to be as it does not fulfil the definition of a Basic Income).

Although the text of the law tries to induce the idea that the benefit is intended exclusively for workers who have lost their source of income during the pandemic, in the end this is not an eligibility requirement, since the EWA reaches even those who have long been in a situation of economic vulnerability.

In sum, the EWA is a payment of R$ 600.00 (US$ 115.00) per month to the person over eighteen years old, who does not have an active formal job, is not the holder of another social security or welfare benefit (except for the Bolsa Família), has monthly per capita family income of up to half a minimum wage (R$ 522.50; US$ 100.00) or total monthly family income of up to three minimum wages (R$ 3,135.00; US$ 608.00) and has not earned income above the income tax exemption range in the 2018 fiscal year. No more than two people from each family may receive the benefit. The law also recognizes the condition of special vulnerability of the woman provider of a single-parent family, granting her the value equivalent to two quotas of the aid (R$ 1,200.00; US$ 230.00).

On May 14, Law 13,998/2020 made some changes to the EWA, among which is its extension to mothers under 18 years of age. Amendments that extended access to the benefit, mainly by withdrawing the requirement of proof of income in 2018, were vetoed by the President of the Republic after being approved by the National Congress.

As for its coverage, at the beginning of the implementation of the EWA the government estimated that it would reach 54 million people. However, after 2 months 107 million applications had been submitted, of which 59 million were approved and 42.2 million were considered ineligible.

It should be noted that implementation is facing serious problems on the part of the Government. This has motivated the Brazilian Basic Income Network, along with 161 other organizations that support the measure, to prepare a report about the 20 main obstacles to the implementation of the EWA , among which is the delay in analyzing the applications submitted and the denial of applications without providing a valid justification.

It should be noted that the law provides that the benefit may be extended by the President of the Republic while the public health emergency caused by the COVID-19 lasts. However, the Government gives signs that, if it extends the EWA, it intends to do so with a monthly amount equivalent to one third of what is currently paid.

This whole context has raised to another level the public discussion about the importance of a right to income security and the respective public policy to ensure it, which transcends the conjunctural situation caused by the pandemic and leads several segments of society to seriously consider permanent policies, such as the Citizen’s Basic Income, approved by the Law 10.835/2004 with all the characteristics of a Universal Basic Income, but never fully implemented.

Maricá, a coastal town in the state of Rio de Janeiro, is experimenting with a local currency income-tested benefit for its own population. Articles about the experiment are available in both Portuguese and English. The articles use both ‘Universal Basic Income’ and ‘basic income guarantee’ terminology. Because the payments are only being paid to poorer households, and are therefore not a Basic Income, the use of this terminology is confusing. However, this is an important experiment, and it will be interesting to hear about its effects.

The group studying the desirability and feasibility of a Basic Income pilot project in Scotland has published its final report.

“PARTNERS involved in exploring the feasibility of a Citizens’ Basic Income (CBI) pilot in Scotland have completed the draft final report on their findings. The report concludes a CBI pilot is desirable, but recognises the significant challenges involved. … “

An article from the BBC about the feasibility study can be found here.

BIEN has a new website. We hope you like it. It’s designed to be easy to navigate. The main menu has just three items: ‘Home’, ‘About Basic Income’, and ‘Frequently asked questions’. Anyone wanting more information can click the ‘news’, ‘opinion’, ‘research’, ‘media’, or ‘events’ buttons. At the bottom of every page you will find information about BIEN. And on the home page are the most recent news items.

Our thanks to the group that designed and created the site, and particularly to Amanda Wray for her technical assistance.

If you discover any problems with the site then please let us know. Thanks. 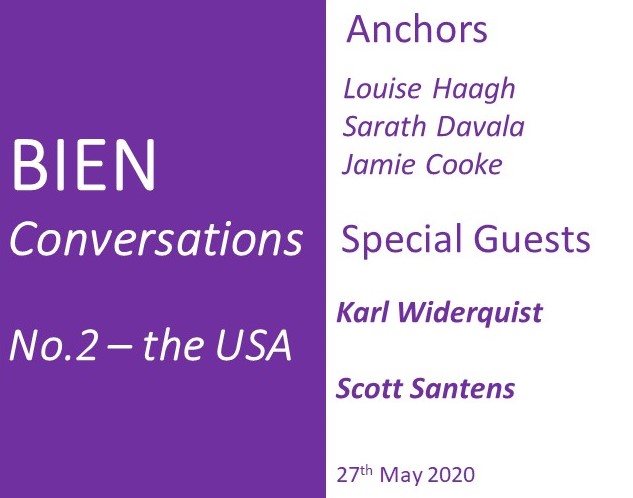 The second in a series of zoomcasts has now been published.

Unprecendented unemployment figures in the United States of America in the wake of COVID-19 require a new type of response – Is Universal Basic Income the answer?

BIEN Conversations is a series of informal videos with thought leaders in the field of Basic Income and beyond. The aim of the Conversations series is to fill a gap in the coverage of Covid and basic income, by reflecting critically on both the opportunities and risks which this new context for the discussion about basic income creates.

The opinions of the anchors and guests are their own and do not reflect BIEN’s position. 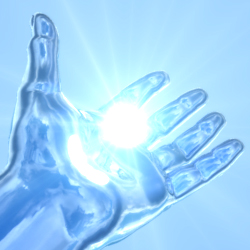 A new video about Basic Income from Share Ideas

Share Ideas has published a new video about Basic Income.