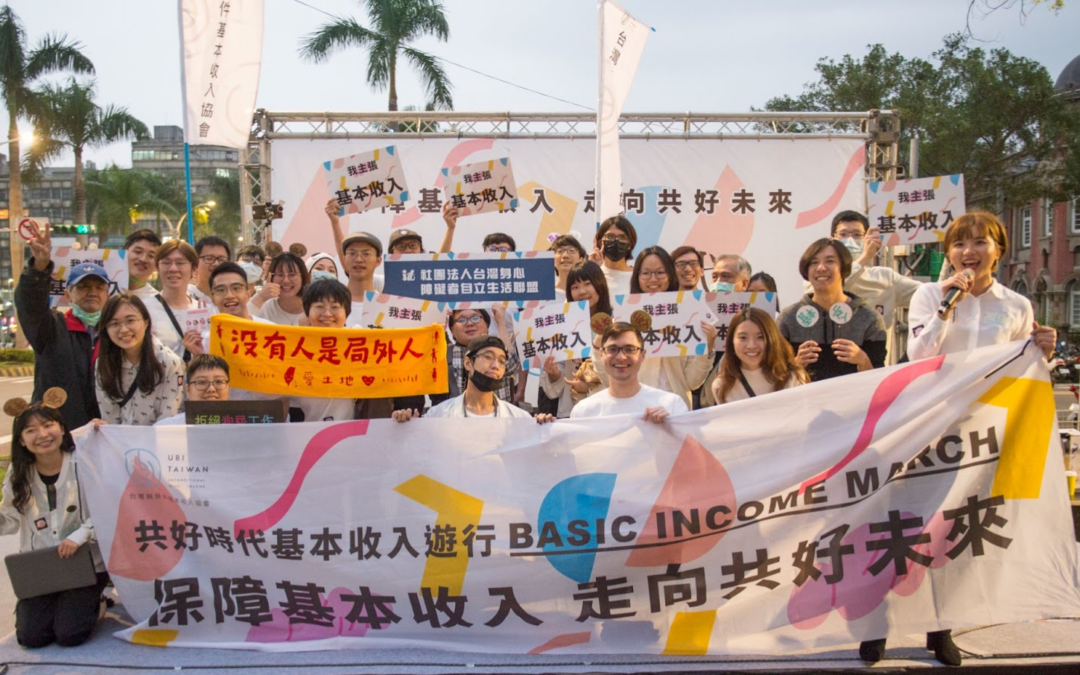 Taiwan is making history by sending out a one-time universal cash payment of $6,000 New Taiwan dollars (NTD) to every citizen “young and old.” This is the first time the country has implemented such a policy, and it comes as a result of excess tax revenue of $450 billion NTD, much of which is coming from corporate taxes that have seen record-high profits. $140 billion NTD will be dedicated to the cash payments, with the remainder going towards improving labor and health insurance systems and providing funding for local governments.

UBI Taiwan hailed the move as a victory for Taiwanese citizens, as the payment is unconditional and universal, meaning that everyone in the country will receive it, regardless of income or other circumstances. They said it reflects the growing demand that a greater proportion of Taiwan’s growth is shared with average families.

“This is a huge victory for the basic income movement,” UBI Taiwan founder Tyler Prochazka said.

UBI Taiwan promotes unconditional basic income (UBI) in Taiwan. UBI is a policy that periodically sends out unconditional cash payments to every citizen in a country regardless of an individual’s income or job status.

The organization has noted the problem of stagnant wages for the last two decades in the country and the rising cost of housing. Through basic income payments, they argue that many Taiwanese could pursue better opportunities and improve their education.

“Unconditional cash transfers are an efficient way to provide an ‘economic vaccination’ to make sure that everyone can face the future in a healthy and happy manner,” said Jiakuan Su, the new chairman of UBI Taiwan.

Over the last few years, Taiwan’s economy has experienced record-breaking 6.45% GDP growth in 2021 and over 8.73% growth in exports in 2022. However, most people have not enjoyed the fruits of this economic growth, as a 104 Job Bank survey found that real wage growth was nearly zero in 2022 due to inflation. The universal cash payment is a way for everyone to have a small share in Taiwan’s economic success.

“With the rise of the pandemic over the last few years, Taiwan has experienced rapid changes in its economy and society,” Su said. “We have experienced directly why Taiwan needs a resilient social welfare system to protect each person’s economic security.”

Since the payment is equal to all taxpayers, it will have a progressive effect with a greater proportion of the refund going to low-income earners. There is some expectation that the cash payment could help stimulate the economy because low-income households are more likely to use the money to satisfy their essentials, such as food and housing, freeing up some additional discretionary money for recreational uses as well. A greater willingness to spend by average families could help smaller businesses that may have struggled since the pandemic.

Both political parties have agreed on the general outline of the proposal and the cash could be sent out as soon as February. A surprise has been that the plan appears to be a universal rebate of the revenue instead of a targeted one, which will make it easier for everyone to apply and reduce administrative costs and time. One area still under consideration is whether foreign taxpayers will receive any of the money.

Previous cash assistance schemes during the pandemic were targeted and a stimulus voucher was sent universally. The pandemic vouchers were limited in how they could be spent and had an expiration date, similar to the vouchers under former President Ma Ying-Jeou.

Members of the Kuomintang (KMT) and Taiwan People’s Party (TPP) argued during the pandemic that cash should have been sent out instead of vouchers. At the time, the TPP held a news conference with UBI Taiwan to discuss the benefits of cash over vouchers. Many also complained that the targeted cash programs were difficult to receive because of the strict conditions.

Research by the World Bank later demonstrated that the simplicity of universal and unconditional cash payments during the pandemic increased access to the assistance and likely provided economic stimulus. Previous research showed a multiplier effect up to $2.6 for every dollar sent. Fears of saving the cash were largely overblown. For example, in over a dozen economies primarily in East Asia, 40 percent of the universal cash transfers during the pandemic were directly used for consumption.

There have been criticisms of the current cash payment plan, including concerns about inflation. However, it is important to remember that this is surplus tax revenue that has already been collected and is not new money created by the central bank. An effect on inflation is just as likely if the government directly spends the money or if it is sent back to taxpayers.

Additionally, while it is true that Taiwan’s insurance systems require further reforms for sustainability, the vast majority of the surplus revenue is being used to shore up these systems and provide an emergency fund. A one time injection of funds is helpful but will not save these systems in the long run.

Previously, basic income advocates from UBI Taiwan have suggested that Taiwan could establish a sovereign wealth fund (SWF). Such a fund would act as a guarantee that Taiwanese could enjoy more equity in the growth of Taiwan’s economy even if wages remain stagnant. Excess revenue could be placed in the SWF and invested in the economy, with dividends from the SWF distributed back to the people each year, similar to the system in the US state of Alaska. The Alaska Permanent Fund sends out a yearly payment from the oil revenue generated in the state. In 2022, the universal payout reached a record high of $3,284 USD.

“I applaud the government’s decision to send the universal cash transfer and hope this establishes the precedent for Taiwan to consider making this a permanent policy,” Su said.

Prochazka furthered that by making this payment equal to all citizens, the government is taking the “first small step” towards ensuring that the benefits of economic growth are shared by all.