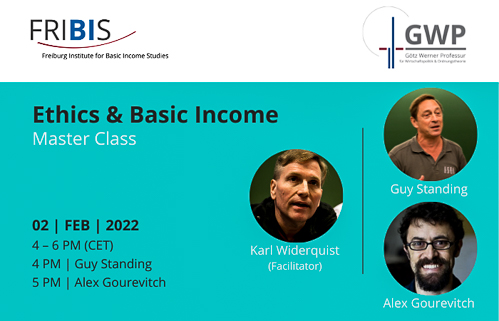 Guy Standing is an economist and professorial research associate at the SOAS University in London. He is also one of the most influential leaders in the worldwide Basic Income movement. Guy Standing will be discussing the ethical significance of the privatization of common resources and the need for Universal Basic Income.

Alex Gourevitch is an associate professor of political science at Brown University. He will discuss whether it is correct to talk about a Universal Basic Income as a way of emancipating people from being forced to work.