Housing prices are an obstacle to universal income 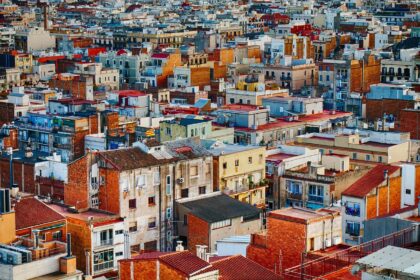 There is a fear that a disproportionate part of Universal Basic Income would be paid to housing. Under current circumstances, a large portion of the income is paid to rent. A person UK in 2019, if receiving benefits only, in many cases is paying over fifty percent of their income for housing. If UBI was to come into effect, it is possible the same problem would occur. On the minimum wage in the UK (currently £8.21 per hour), over 43 percent of the income of a person living in a city will go to renting a single room.

If UBI becomes a transfer of funds from everybody in the economy to the landlords in the economy, then it cannot be progressive. These landlords are not particularly in need or poor. Therefore, the campaign for UBI must be approached keeping in mind where that income ends up.

Looking at rent rises in the last 29 years, one can see that that inflation between 1989 and 2019 makes everything roughly two and half times more expensive. So, anything that is £1 will be £2.50 today. Another way to put it is that £1 in 1989 is equal to £2.50 today. In the same time, the lowest wage rose from about £3.00 to £8.21 and tax on the minimum full-time wage decreases from twelve percent to five percent.

The biggest difference is rent. In terms of rent, £1 is equal to £10.50, or what was a £50 per calendar month is now £550.00 pcm.  In buying terms, the lowest-priced homes cost about £35,000 in 1989 or six times the minimum wage annual income. In 2019, the average price of a two-bedroom flat varies widely. However, it is not uncommon to see a two-bedroom flat priced at £200,000 or twelve times the minimum wage. This would indicate that buying a house takes a similar trajectory as rent. In 1989, a person could have obtained a secure home, and put aside some money that comprises the state pension. If the property prices and rent had not risen and had stayed at about 9 percent of minimum income wages today, then this would be the case too. Even If there was a shortage of housing, they would have been able to initiate a build via a housing association or even through their own income.

However, the rent and property price rise that took place meant that each time the minimum wage was raised (in line with inflation) to keep somebody at the same standard of living on minimum wage, the rent rise took a larger and larger portion of their income. In the beginning, the rent rise takes 25 percent of their pay rise, then taking about 50% of their pay rise, and in many years is a 100 percent or near 100 percent. In a few cases, it was more than 100 percent.

Since the minimum wage increase to keep up with inflation and they are handing over above the calculated inflation for rent to their landlords, they are no longer gaining the additional money to stay at the same standard of living. Their wage is dropping and their ability to save and prepare for the future is dropping. For example, in 1989, for every £1 a person gives 9 percent or 9p to rent. In 2019, for every £2.50 roughly equal to £1 then, a person gives £1.07 to their landlord or 43 percent.

If we look at rent increment per year and pay increment per year, taking the actual rises in the minimum wage from government records, and factoring the rent rise equally distributed over the full twenty-nine years. In order to get from a monthly rent of £50pcm to £550pcm. If equally distribute, then from about 1990 to 1999, the pay rise would have been higher than the rent rise. Some years all of the pay rise is transferred to the landlord.

For rent to rise from 9 percent to 43 percent of the minimum wage, the rent must have risen in some years higher than their pay rises. This would have been reflected differently in different accommodations. However, everybody who was renting would have observed the change at some point. In the following example, the rent rise is assumed to be equally distributed across the years, to show how the rent could have moved from £40pcm to £550pcm.

What about tax, during the same period the tax goes from 12 percent of the minimum wage to about 5 percent. Comparing tax and rent, the tax amount starts out higher than rent. By 1992 tax and rent are about equal outgoings, and then slowly rent increases tenfold, and tax decreases to about half the share it was in 1989. The rent doubles tax in 1998, trebles in the early 2000s and by 2015 it is ten times the rent, as an annual outgoing for a person on the minimum wage.

Disposable income moves in the reverse direction. In 1990, a person on minimum wage has almost ten times the disposable income than they pay on rent. Disposable income after rent, tax, and national insurance contributions are £4,658.75, while rent is £480 per year. In 1996 it is six times, in 2002 it is four times and so on. By 2018 it is less than 1.5 times, and if the trend continues by 2022, rent will be higher than disposable income.

If house prices and all other items had increased in-line with inflation and the minimum wage pay rise was the same, then a person would have the potential of savings to purchase a home or build a home with about half their accumulated life’s income. When they sold that home, they would regain the total value, less depreciation of the same home.

Table 2 shows a scenario of house prices had not risen.

So, to reiterate, the minimum wage over a lifetime will not deliver to either a one- or two-income household, the returns for a home, investment in education to give higher wage opportunity, and a pension or putting aside money first to have children, plus the cost of bringing up children. Therefore, there is no choice for people on the minimum wage but to look for further state support. However, the truth of the matter much denied is, who is taking the subsidy, the person on minimum wage or precarious jobs, the end customers that are being given a lower price based on a low wage. The landlord is taking 43 percent of the income in real terms whether sourced in benefits or wage, or the hiring organizations who are saving a larger percentage of their budget for others who are paid more. Finally, that subsidy goes to shareholders whether it ends up mostly in the pocket of a small set of people, or a retirement fund which funds a large set of people. What is clear, people on minimum wage should not be blamed or made to feel guilty because of their poverty.

And the Universal Basic Income is an idea that can only be realized if each of the key areas of expense for a human being to live takes a reasonable proportion of the income. Otherwise, Universal Basic Income is just a guaranteed income for landlords today and maybe another industry tomorrow, and will fail to supply the basic set of goods and services it is designed to guarantee.

10 comments house, rent, UBI
The views expressed in this Op-Ed piece are solely those of the author and do not necessarily represent the view of Basic Income News or BIEN. BIEN and Basic Income News do not endorse any particular policy, but Basic Income News welcomes discussion from all points of view in its Op-Ed section.