Why Welfare Doesn’t Work: And What We Should Do Instead 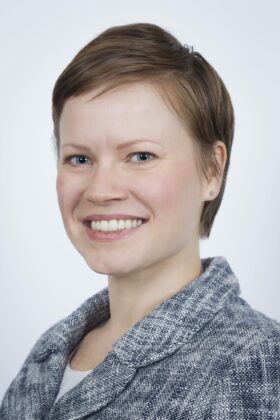 Democrats and Republicans don’t see eye to eye very often, but they can safely agree on one point: welfare doesn’t work. Liberals are concerned that an ever-shrinking social safety net reaches fewer and fewer families in need. Republicans worry that welfare benefits create dependence. They are both right.

The primary cash assistance program in the United States, Temporary Assistance to Needy Families, served 68% of low-income families in 1996. Today, only 23% of poor families receive assistance. This change has been largely brought about by the imposition of five-year lifetime limits (states are allowed to set lower limits) and stricter eligibility criteria. Welfare caseload reductions have been solidly linked to the rise of deep poverty in America, family strain and increased foster care placements. 1.46 million US households (including 2.8 million children) now live on less than $2 per person, per day (the World Bank’s measurement of extreme poverty).

Meanwhile, welfare eligibility rules designed to encourage independence have achieved the opposite effect. For example, though many states impose strict work requirements, states which loosen these rules actually see recipients move to higher wage, higher benefit work, presumably because they have the breathing room to search for a good job rather than take the first one that comes along. Similarly, in states with strict limitations on recipient assets, poor families are less likely to own a car, making it nearly impossible to maintain employment in areas without public transportation. Even worse, some researchers are discovering a “cliff effect” in which welfare recipients immediately lose all benefits (including child care assistance) after a small increase in income. As a result, many parents turn down promotional opportunities because they would be ultimately worse off financially. Any parent would make the same decision if it meant the ability to feed their children and afford quality childcare.

We must redesign this entire system. In the most prosperous nation in the world, it is ludicrous that children are growing up in the kind of deprivation we normally associate with developing countries. Simultaneously, we must ensure that no one is discouraged from growing their income or assets. One potential solution is a universal basic income, which would provide an annual benefit to every citizen. However, this idea comes with a hefty price tag and would either increase our national deficit or increase the marginal tax rate, both of which might be political non-starters. The simpler solution is a Negative Income Tax (NIT) which is potentially cheaper than our current poverty alleviation efforts. An NIT is a refundable tax credit which brings every household to the federal poverty level. The most effective way to do this is to decrease the credit slowly (for example, a $0.50 reduction for each $1.00 increase in earned income) so that there is never a penalty for hard work.

Researchers at the University of Michigan calculated what this might look like in practice. If a family had no income, their tax credit would be 100% of the poverty line ($20,780 for a family of three). If the family’s earned income increased to half the poverty line ($10,390), their tax credit would decrease to $15,585. The credit would phase out completely once the family’s income reached twice the poverty level ($41,560). This plan would cost roughly $219 billion per year and could be almost completely paid for by replacing most or all of our current poverty programs.

With this one simple policy, we can achieve many goals of both the left and right. Poverty would be eliminated overnight. Work disincentives would be removed. American bureaucracy would be significantly reduced. Families would be free to make financial decisions without government intrusion. And in the long run, we would save money. Childhood poverty alone costs the US $1.03 trillion (yes, trillion) per year. In the 21st century, eradicating poverty isn’t complicated. We’re just going about it in the worst possible way.

19 comments Negative income tax, TANF, UBI, Welfare
The views expressed in this Op-Ed piece are solely those of the author and do not necessarily represent the view of Basic Income News or BIEN. BIEN and Basic Income News do not endorse any particular policy, but Basic Income News welcomes discussion from all points of view in its Op-Ed section.