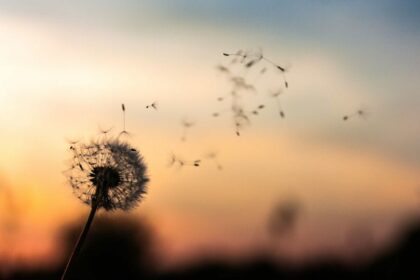 Built upon the Ethereum blockchain, the general idea is to distribute crypto tokens, so that everyone can build “a basic income for him or herself”. The platform’s role is to collect money from donations and partnerships and redistribute it within the blockchain network. The final aim is aligned with that of many basic income supporters, which is to provide people with more effective freedom, the possibility of a more meaningful and less stressful life.

The currency chosen to distribute these tokens is the Ethereum (ETH), which saves Horizon time, money and effort to launch its own crypto currency, plus benefiting from the ETH already established value (at the moment 1 ETH ~ 500 US$). Moreover, because the Horizon’s platform is also programmed on the Ethereum blockchain, it also takes advantage of the community already invested in this system, and the fact the supporting software is continuously being reviewed and updated by experts. According to Horizon’s whitepaper, “to build a decentralized basic income service, there is no need to reinvent the wheel”. Hence, Horizon’s role is to “write smart contracts for its basic income service”. For this, cutting edge programming technology is used, such as MiniMe tokens, ERC20 standard, Truffle framework, ESLINT and Solium. The Horizon platform can be used, however, for purposes other than distributing a basic income.

To pay out basic income at each node, Horizon uses the Splitter – a function used to “divide the collected deposits among all token holders” – which will record the tokens in possession, the periods in which the distribution is to be made, and how many Ethers shall be paid for each token. Each Splitter owner, including the Horizon Factory, has its token reserve which is used to pay its token holders, and is the sole controller of that Splitter. The Factory Splitter is not privileged in any way, being just another split node following the same rules. However, a 1% fee is charged on deposits to Splitters (for the Factory Splitter), to cover for operating expenses. Technically, the platform also allows for transaction fees to be fed in the basic income distribution scheme (similar to a Tobin tax), although that is still dependent on Horizon’s partnerships.

The Horizon NGO has been setup and is managed by Dirk von Heinrischshorst and Eliott Teissonniere, both experts in electronics, information technology and computer science. As leaders of the Horizon project, they both share a vision of open source systems, Decentralized Autonomous Organizations (DAO) and of an economy which works for the common good.

2 comments cryptocurrency, Ethereum, World basic income
The views expressed in this Op-Ed piece are solely those of the author and do not necessarily represent the view of Basic Income News or BIEN. BIEN and Basic Income News do not endorse any particular policy, but Basic Income News welcomes discussion from all points of view in its Op-Ed section.