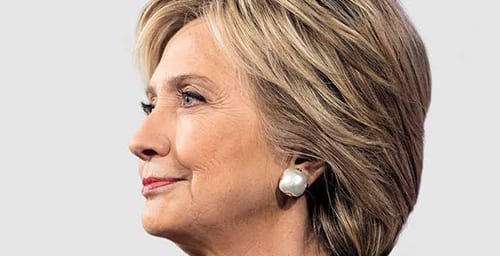 Hillary Clinton just released a new memoir, What Happened, about her 2016 campaign for US President. In the memoir, she claims to regret not embracing a type of Basic Income proposal, which she dubbed “Alaska for America”, as part of her platform.

Clinton attributes her enthusiasm about Basic Income to a book by Peter Barnes, With Liberty and Dividends for All: How to Save Our Middle Class When Jobs Don’t Pay Enough. The book, Hillary says, “explored the idea of creating a new fund that would use revenue from shared national resources to pay a dividend to every citizen, much like the Alaska Permanent Fund distributes the state’s oil royalties every year.” 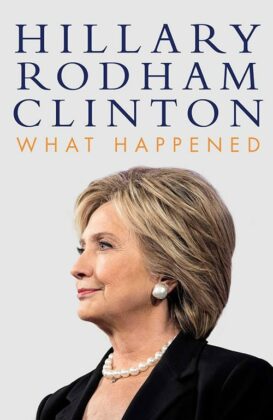 Hillary endorses Peter Barnes’ idea of a national dividend and, like Barnes, she suggests that it should be financed in part from the revenue of  shared national resources such as “oil and gas extracted from public lands and the public airwaves used by broadcasters and mobile phone companies” and the “same with the air we breathe and carbon pricing.” Clinton goes even further, however, saying that she would additionally view “the nation’s financial system as a shared resource” and implement a “financial transactions tax”. She suggests there could be a capitalized fund financed by these resources which would not only provide a “modest Basic Income” every year – which appealed to Clinton as a way to increase incomes – but also “make every American feel more connected to our country and to one another-part of something bigger than ourselves.”

Hillary says that she and her husband were fascinated by this idea and spent weeks working with her policy team to see if the idea was viable and could be included in the campaign. The proposal would be called “Alaska for America.” The campaign did not pursue this proposal because, according to Clinton, “we couldn’t make the numbers work.”  In the book, Clinton also quotes Republican former U.S. Treasury Secretaries James Baker and Hank Paulson who proposed a nationwide carbon dividend that would “tax fossil fuel use and refund all the money directly to every American” as an alternative to government regulation. Again, however, Clinton claims she looked at the proposal but couldn’t make the “math work without imposing new costs on upper-middle-class families.”

If we look back, Basic Income was seldom mentioned during Clinton’s Presidential campaign, and, when it was, she was dismissive. Asked about the idea by LinkedIn’s Daniel Roth, during a discussion of education and job training, the Democratic nominee replied, “I’m not ready to go there,” and proceeded to discuss the need to create new jobs. At the time of this interview, she viewed Basic Income as an undesirable alternative to full employment, concluding, “[W]e’ve got to help create better opportunities … without just giving up and saying, ‘Okay, fine, you know, the rest of us who are producing income, we’ve got to, you know, distribute it and you don’t really have to do anything anymore.’ I don’t think that works for a democracy and I don’t think it works for most people.”

In the LinkedIn interview, Hillary suggested that job loss due to automation could (and should) be addressed by skills training and the creation of new jobs. Her memoir, however, seems to treat technological unemployment as a more dire threat, saying that she takes Silicon Valley seriously when they claim “this could be the first great technological revolution that ends up displacing more jobs than it creates” – and one which requires us to think “outside the box.” She mentions she was so impressed by this that her staff lived in fear that she’d start “talking about ‘the rise of the robots’ in some Iowa town hall”. She adds: “Maybe I should have.”

Hillary concludes this portion of her memoir by urging us that “we have to think big and think different”, suggesting policies like “taxing net worth instead of annual income” in order to reduce inequality. She says we need to “rethink how Americans receive benefits such as retirement and health care so that they’re universal, automatic, and portable”.

Russell Berman, “What Hillary Clinton Says She Learned From Her Defeat”, The Atlantic, September 12th, 2017