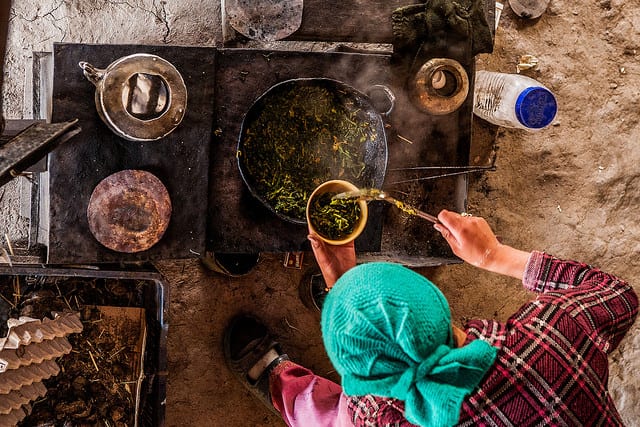 More than 80 politicians, academics, researchers, and other experts participated in the event, which featured keynote addresses from Pranab Bardhan (University of California Berkeley), Vijay Joshi (University of Oxford), Arvind Subramanian (Chief Economic Advisor of the Government of India), and Renana Jhabvala (Self Employed Women’s Association), as well as panel discussions and debates.

UBI has attracted serious attention in India in recent years, due to the success of pilot studies in Madhya Pradesh in the early 2010s, as well as a widespread view that India’s current system of targeted welfare benefits and price subsidies is wasteful and inefficient. Published in January, the 2017 Economic Survey, an annual document prepared by the Ministry of Finance, devoted an entire devoted an entire chapter to UBI, reviewing arguments for the idea, challenges of implementation, and strategies for introducing possible stepping stones to UBI in India. Finance Minister Arun Jaitley has recently stated that UBI is not feasible in the country due to “political limitations.”

The IHD roundtable event began with an inaugural address by Bibek Debroy of National Institution for Transforming India (NITI Aayog), a think tank of the Government of India.

This was followed by four technical sessions organized around the work of Bardhan, Joshi, Subramanian, and Jhabvala, respectively. 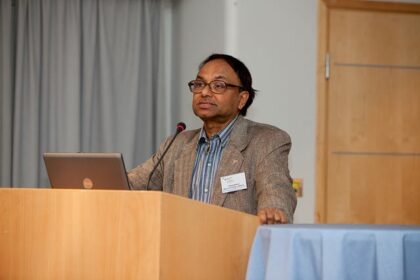 Bardhan maintains that a UBI of about a thousand rupees (about 15.5 USD or 13.5 EUR) per month can be afforded by increases taxes on the rich and ending certain government subsidies that primarily benefit the better-off. He cautions, however, that the UBI should not replace all current welfare programs nor divert funding from public goods and services.

(For an overview of Bardhan’s position, see his blog post “How India can do UBI: Universal Basic Income is a practical solution to poverty and inequality,” published May 3 in Times of India.) 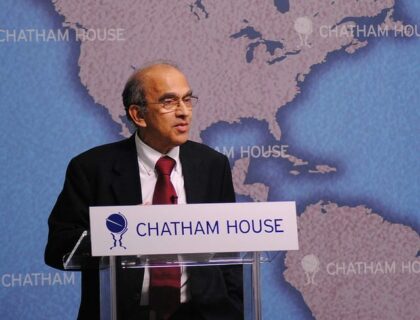 In the second technical session, Joshi laid out the model of UBI developed in his recent book, India’s Long Road: The Search for Prosperity, which he calls a universal basic income supplement (UBIS). Joshi proposes a UBIS of 3500 rupees per person year (at 2014-15 prices) to replace most price subsidies and targeted welfare programs (“retain[ing] only those of proven worth”). According to his calculation, the UBIS would cost of 3.5 percent of India’s GDP.

(See also Joshi’s blog post for The Economic Times, “Universal Basic Income is worth fighting for, even against the long odds in its implementation.”)

Panelists who discussed Joshi’s ideas included Amarjeet Sinha (Secretary of the Ministry of Rural Development of the Government of India), Dilip Mookherjee (University of Boston), and Swaminathan Aiyer (author and columnist). 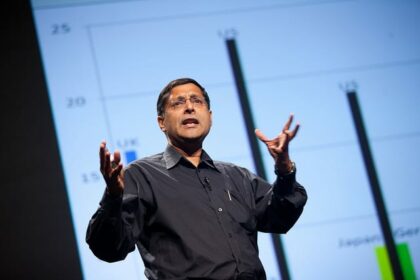 The third session focused on the proposals in the Economic Survey, written by Subramanian. (Subramanian himself was unable to participate in the event; however, an aide delivered a presentation on this behalf.) Whereas both Bardhan and Joshi argue in favor of universality, the Economic Survey’s proposal is written under the assumption that, in practice, no program can achieve full universality; thus, it ultimately focuses on a “de facto UBI” with a “quasi-universality rate” of 75 percent. In the document, Subramanian considers several methods by which to phase in a (de facto) UBI, such as introducing the program first only for women or members of other vulnerable groups, or only in urban areas, or allowing beneficiaries of current welfare programs to opt instead for unconditional cash transfers. 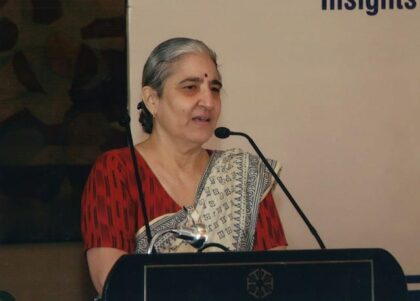 Renana Jhabvala, CC BY-NC-ND 2.0 ILO in Asia and the Pacific

Finally, Jhabvala presented “perspectives from the field,” reviewing the results of the UBI pilots conducted by SEWA in rural villages in the state of Madhya Pradesh. Contrary to worries that a UBI would lead to higher spending on temptation goods, the pilots revealed no increase in alcohol consumption. Furthermore, the short-term UBI was associated many positive effects, including better nutrition, a decrease in serious health problems, higher rates of school attendance, lower debt, and greater job opportunities, especially for women. A follow-up study conducted earlier in this revealed several lasting effects in the villages in the study, as compared to control villages; these included higher incomes, especially for women, and lower rates of alcohol consumption. Other effects, however, were seen to have ended quickly after the termination of the pilot program, such as increase enrollment of children in private schools.

A closing session, chaired by MP Jay Panda, was held after the four technical sessions.

For more information, see the IHD website, which includes a press release summarizing the event, as well as a booklet containing a full schedule, speaker and panelist bios, and background reading for all keynote lectures.