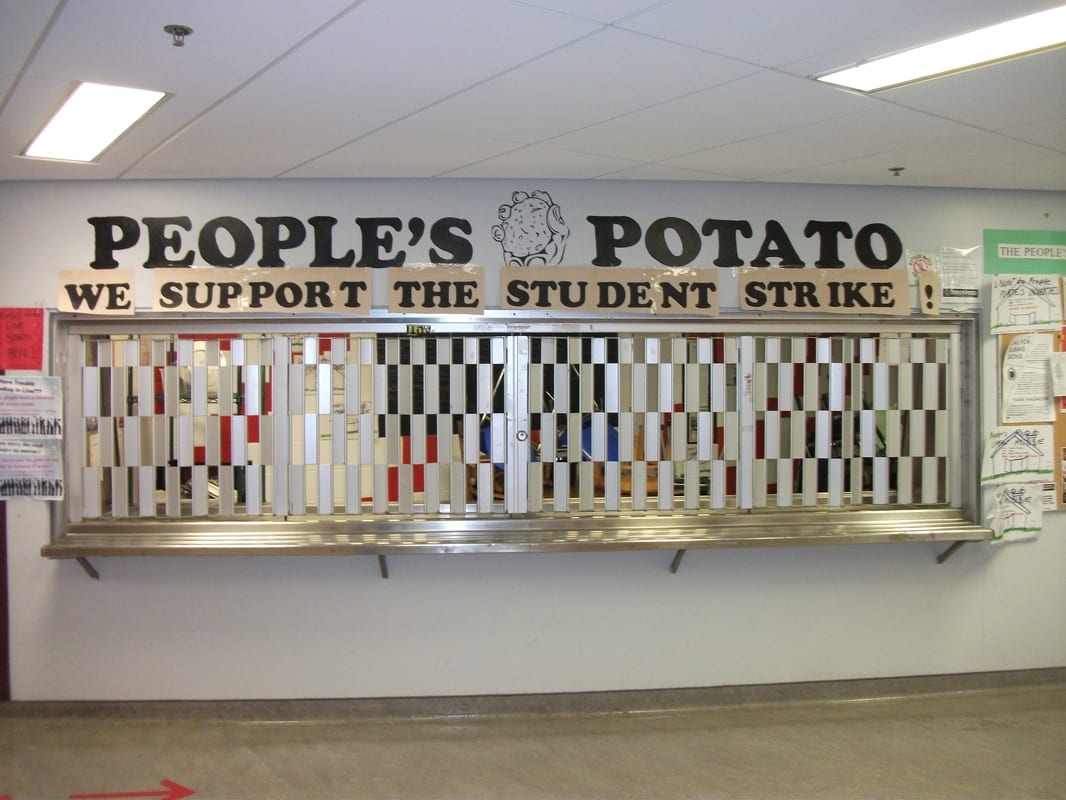 “(…) mental health cannot be defined in terms of the “adjustment” of the individual to his society, but, on the contrary, that it must be defined in terms of the adjustment of society to the needs of man,[highlighted in original version] of its role in furthering and hindering the development of mental health. Whether or not the individual is healthy, is primarily not an individual matter, but depends on the structure of his society. A healthy society furthers man’s capacity to love his fellow men, to work creatively, to develop reason and objectivity, to have a sense of self which is based on the experience of his own productive powers. (…) Society can have both functions; it can further man’s healthy development, and it can hinder it; in fact most societies do both, and the question is only to what degree and in what directions their positive and negative influence is exercised.” Erich Fromm (1956/1959)

This is the third and last part of a series of articles published on BI News, in which I call for accompanying a UBI with reforms in the domain of public interest services (please see the first and second parts). The analysis will help one to imagine how the work experience could be transformed to contribute to happiness in a UBI society.

In the current employment system, work organizations are rarely adjusted to human needs, such as self-fulfillment and meaning. In the article on Bullshit Jobs, David Graeber (2013) observes that the more a job is useful for society and able to provide a sense of meaning, the less it is rewarded in monetary terms. Furthermore, employment is an exclusive form of work organization. UBI could help transform work if accompanied by initiatives to create frameworks for useful and meaningful contributions. This paper draws on empirical research of a cooking collective known as People’s Potato. There are similar initiatives where work is distributed among volunteer –  for example, the global movement, Food Not Bombs, Les Petites Cantines, which are participative restaurants in poor neighborhoods of Lyon, or the Brooklyn-based food cooperative, Park Slope Food Coop, with about sixteen thousand member-peers.

People’s Potato distributes vegan lunches for free at Concordia University in Montréal. It is managed by a workers’ cooperative.  However, much of the work is done by volunteers, who can come and go without notice and choose from available tasks. Three other publications provide more details (Gajewska 30 June 2014, Gajewska 2014, Gajewska 10 April 2017). In September 2014, I interviewed several students and non-students helping out in the kitchen. In this article, I will analyze the elements that attract volunteers to People’s Potato to illustrate the potential of advancing human happiness by creating spaces of spontaneous work contribution in the domain of services of general interest.

Work as source of meaning and belonging

Gerald Hüther (2015) defines work as a system of relationships (Beziehungsgefüge) that integrates an individual into society. In order to develop, our brain needs experiences created with other people, a shared undertaking and it is structured by these experiences. Many people simply are deprived of the opportunity to contribute work that has meaning with tangible results, that might enrich the lives of other people. Gallup data shows that only 13 percent of people are emotionally invested in their work. 63 percent are “not engaged”—in other words, simply unmotivated and unlikely to exert extra effort.  The remaining 24 percent are “actively disengaged,” or truly unhappy and unproductive. The United States and Canada actually have the highest engagement rate in the world. 29 percent of respondents from these countries reported that they are invested in their work, whereas only 14 percent of Western Europeans are (MacGregor 2013).

Volunteers that I interviewed indicated that doing something useful was an important reason to join People’s Potato. One woman mentioned that giving out food for free generates a spiritual satisfaction in her. Many participants stressed that they contribute because they believe in the cause. For one, the integration of handicapped volunteers, working with the other volunteers in the kitchen, was especially important.

The importance of having fun

How can work be organized so that no coercion is needed? Despite all the developments in the domain of technology and entertainment, Western societies seem to have lost the capacity and the conditions to play. In my view, this lack is one of the fundamental obstacles for changing the economic system. Therefore, it should become the subject of political debate and in-depth research to determine how to create a society based on play, not as a form of consumption but as a joy of engagement. Bob Black describes play in the following way: “Play is always voluntary. What might otherwise be play is work if it’s forced. (…) Playing and giving are closely related, they are the behavioral and transactional facets of the same impulse, the play-instinct. They share the aristocratic disdain for results. The player gets something out of playing; that’s why he plays.” (Bob Black 1996: 239).

Organizing work processes so that volunteers have fun is an important element of People’s Potato’s philosophy. For example, people often perform tasks in groups, close to each other, so that talking is possible. Once when we chopped the same vegetables for quite a while, the coordinator asked: “Are you guys still having fun?”

One participant in People’s Potato mentioned that he would continue to contribute at the cooking collective only if it retains its current non-hierarchical structure. Another volunteer said that she would not participate if the involvement felt like her regular job in a commercial gastronomy where she worked part time at the time of the interview.

Loneliness is a health issue. Therefore, government should also think about policies that might limit the extent of isolation in our modern atomized society instead of subsidizing pharmacology and conventional medicine as the only solutions for health problems. Being a critic of modern civilization, Helena Norberg-Hodge demonstrates in her book “Ancient Futures” how the different organization of work in indigenous Ladakh society includes (or used to include) older people. Since there is no pressure, people can contribute at their pace and be part of a joyful community. She observed that, in this society, typical old-age diseases were rare and elders were well-integrated in this society, throughout their lives.

People’s Potato also creates conditions for different types of people to contribute and enjoy a community. Meeting people and interacting with folks outside of one’s studies were important reasons to come and help out. A Brazilian woman had been coming to the kitchen to integrate in Montreal, her new home, at the beginning of her stay. Eventually busy with new friends and activities, she came less often. For her son, an artist suffering from depression, volunteering at the People’s Potato gives structure to his days. Two women in their early twenties told me that they feel more at ease to meet and interact with people by joining collective work rather than going to a party. A young woman said that one of the reasons why she keeps coming to the People’s Potato is that they know her and she can keep in touch with people through helping out.

Bringing people together around useful tasks does not, however, automatically translate into deeper ties, even if they are crucial for health. Longitudinal research has shown that the quality of relationships does determine possible health advantages. One of the interviewees, an aged unemployed man, comes to volunteer to be part of a community. Yet, during eight years of volunteering, he has not managed to build stronger ties with other participants of the project. He wishes that people would notice him and be interested in keeping in touch outside of the kitchen. Unfortunately this did not happen.

Experimenting with work organization to prepare the ground for a UBI

People’s Potato’s alternative work organization exemplifies how a post-capitalist system of production could look and feel. In order to change the perception of and feelings about work shaped by the employment system, neurobiologist, Gerald Hüther (2015), proposes to re-condition the brain by creating positive work experiences. This is what People’s Potato’s team does. New forms of work organization can rewire society to manifest new ways of approaching work. These could be considered as laboratories of inner transformation to induce those attitudes and behaviors necessary to build a new kind of society. This new understanding of work could foster the ideological and mental foundation needed for an unconditional basic income society. In the interview published on basicincome.org (Gajewska 2016), I argue that a transformation of work and social relations to prevent substance addictions is a crucial element to prepare the ground for a UBI. We can convince opponents by prefiguring the well being that we strive for.

Gajewska, Katarzyna (30 June 2014): There is such a thing as a free lunch: Montreal Students Commoning and Peering food services. P2P Foundation Blog,

Katarzyna Gajewska is an independent scholar and a writer. She has a PhD in Political Science and has published on alternative economy and innovating the work organization since 2013. You can find her non-academic writing on such platforms as Occupy.com, P2P Foundation Blog, Basic Income UK, Bronislaw Magazine and LeftEast. For updates on her publications, you can check her Facebook page or send her an e-mail: k.gajewska_commATzoho.com. If you would like to support her independent writing, please make a donation to the PayPal account at the same address!