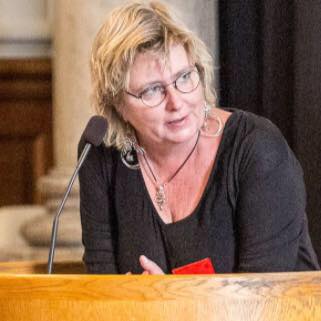 Basinkomstpartiet plans to develop a specific model of basic income for the country, and to run candidates for election in Sweden’s general election in September 2018.

At present, however, the party is still under development–as is the exact model of basic income that it will promote. To become an official political party, Basinkomstpartiet needs 1500 signatures; at the time of this writing, it had approximately 700. In addition to gathering signatures, Basinkomstpartiet, whose core leadership presently consists of five people, is now focused on raising funds and developing a party platform. The party is also gathering a team of researchers and academics to draft a model for its basic income proposal.

While other basic income focused political parties have been described as “single-issue” parties (such as Germany’s Bündnis Grundeinkommen, launched in October of last year), Stark rejects the label of a “single-issue political party” for Basinkomstpartiet, stressing the broad ramifications of the introduction of a basic income.

Basinkomstpartiet promotes a view of basic income as a human right, linking it to the right to an “adequate standard of living” demanded by the United Nations Conventions on Human Rights, while also advancing the policy as a way to reduce stress in society and promote ecological sustainability.

Stark has been involved with the basic income movement since 2013, and began developing her idea for a political party in 2016, in light of the slow adoption of basic income among existing Swedish political parties. Although a few individuals in most parties support basic income, no party has come out in favor of any version of the policy. Sweden’s Green Party has never promoted a basic income, despite calling for an investigation of the idea at its 2015 conference.