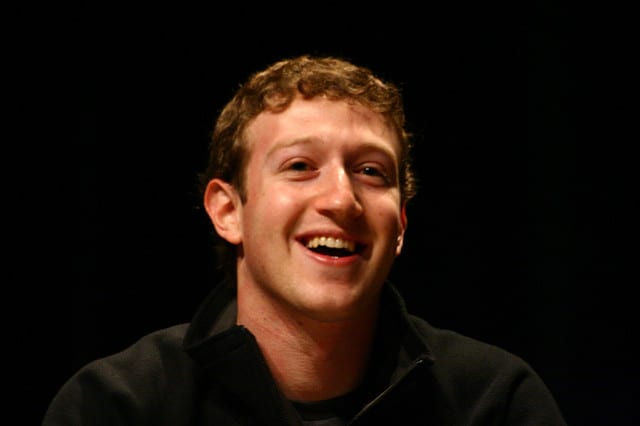 Facebook founder and CEO Mark Zuckerberg made his first public comment on basic income during Harvard University’s graduation ceremony on Thursday, May 25, calling it an idea “we should explore” to “make sure everyone has a cushion to try new ideas.”

Mark Zuckerberg, a former Harvard undergraduate student who dropped out to focus on his Facebook business, returned to the university on May 25, 2017, to receive his own degree (an honorary doctorate) and to deliver the commencement address for the rest of this year’s graduating class.

A prevailing theme in his speech was “giving people freedom to pursue purpose.”

Zuckerberg’s mention of basic income followed a discussion of what is needed to cultivate a culture of entrepreneurship, during which he stressed that “the greatest successes come from having the freedom to fail” and lamented having known “too many people who gave up on pursuing their dreams because they didn’t have a cushion to fall back on if they failed.”

Speaking to an audience of millennials as a fellow millennial, the 33-year-old then declared, “Now it’s time for our generation to define a new social contract.”

Describing what this new social contract might look like, Zuckerberg proposed that “we should explore ideas like universal basic income to make sure everyone has a cushion to try new ideas.” He also called for other policy reforms such as affordable childcare and portable health insurance benefits (as opposed to the employer-linked health benefits that predominate in the United States), as well as continuous lifelong education.

Admitting that these reforms would not be free, Zuckerberg stated, “People like me should pay for it, and a lot of you are going to do really well, and you should, too.”

Zuckerberg then proceeded to other topics, such as the importance of charity and building communities at both local and global levels.

Although brief, Zuckerberg’s passing mention of universal basic income is noteworthy as the famed and influential entrepreneur’s first public comment on the topic. Moreover, while his singular remark was not an outright endorsement of the policy (as some headlines and social media posts quickly began to claim), it is clear that Zuckerberg sees it as at least worthy of serious investigation.

It is also notable that the Facebook CEO did not broach basic income as a solution to automation and technological unemployment, in contrast to some other tech entrepreneurs who have backed the idea (e.g., perhaps most famously, Elon Musk). Instead, Zuckerberg’s primary motivation seems to be the need to secure individuals against risk to facilitate, e.g., entrepreneurship, innovation, and cultural production.

Zuckerberg is not the first member of Facebook’s founding team to speak positively of basic income: cofounder Chris Hughes, a founding member and co-chair of the Economic Security Project, has become one of the policy’s foremost advocates in the United States.