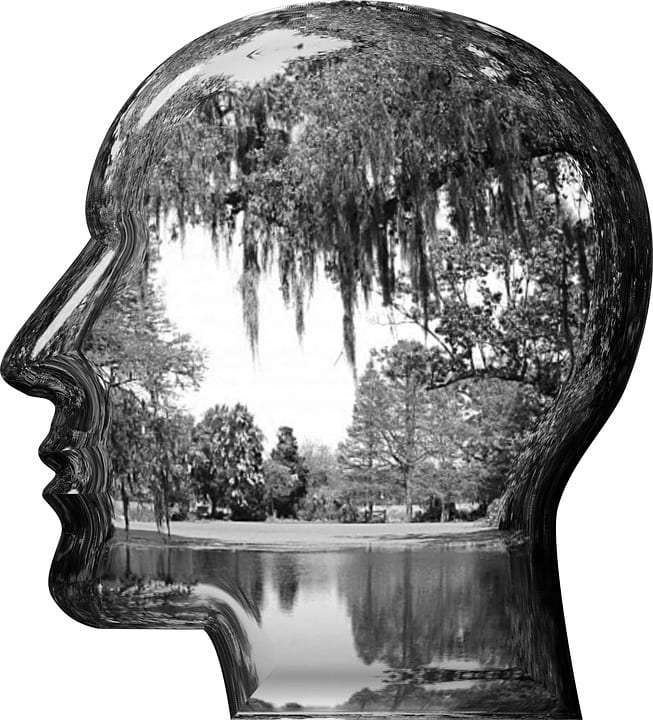 This is the second part of a series proposing a reform of public services to be included in the UBI reform package (first part here). This article presents a model of organizing production based on spontaneous work contribution to the commons so that citizens’ participation is facilitated. Re-organizing work in such a way so that people want to contribute, but without being forced by the necessity to earn a living, should become part of the UBI movement’s agenda.

Certainly, citizens living solely from UBI would need to contribute somehow to sustain support for UBI among working populations that may resent those not working. So far, no viable solutions have been proposed. An “approved” citizen contribution1 or rewarding of such contributions2 implies wasting resources on monitoring, control3 or operating a system of remuneration, which would undermine the entire project and philosophy behind UBI. I propose an alternative to generating such unsatisfying administrative jobs (also known as “Bullshit Jobs” – a term coined by David Graeber) and intruding citizens. The state (“Partner State” – a concept developed by Michel Bauwens) should allocate instead resources and liberate spaces where commons are produced and work is a source of fulfillment.

In this article, I will elaborate on the elements of work organization that would turn making contribution attractive to citizens. A new logic of work organization, which could be generalized for the domain of services of public interest, will be exemplified with the case of a cooking collective, People’s Potato, distributing lunch meals for free at the Concordia University in Montréal. One can define the mode of operation in this collective as a peer production project. Access to the service is not conditional based on involvement as a volunteer. The production is financed by fee levies, but the meals are distributed for free and broadly accessible. One does not need to be a student at the Concordia or have paid the levy to receive a meal. The Annual General Meetings are accessible to the stakeholders and the public.4

In September 2014, I volunteered in the kitchen and interviewed several other volunteers, as well as a coordinator, to learn more about work organization at People’s Potato.

Members-employees of the worker cooperative that manages People’s Potato coordinate volunteers’ work. Since economic survival does not depend on the volunteers, this removes the pressure typically found in commercial gastronomy or other traditional employment systems. Volunteers join the work process spontaneously and are assigned a task. It is possible to join or leave at any moment. Preparing food is organized in a modular way so that coordinators can easily find something to do for a volunteer. Inclusion is also fostered by the fact that each participant can decide their degree of involvement. For example, one can choose whether to contribute to governance decisions or not.

This very flexible way of organizing work at People’s Potato generates more inclusion in work participation, opening it up to those who might not be able to work as an employee, nor find their place in worker cooperatives. Among volunteers, there are people with physical and mental handicaps. Part of People’s Potato’s anti-oppression policy is to create an environment of tolerance so that everyone can work at one’s own pace. Many volunteers appreciated the flexibility that is possible in the involvement. For example, one volunteer – a busy student – enjoyed the fact that the project can go on without her if she does not show up. She does not need to take on additional responsibility.

Organizational framework for p2p production in the physical world

Coordination is a crucial factor in sustaining spontaneous work. Cooking (and other services of general interest) requires time management, as well as obeying safety and hygiene regulations. In Montréal, past non-professional cooking collectives, which managed to peer produce food, were short-lived (see the article by Silvestro5). However, some chapters of the international movement Food Not Bombs are quite successful. Certainly, these non-professional initiatives help advancing the practice and attitude of non-conditionality, both as a principle for redistribution and as a way to organize work contribution.

A worker cooperative runs people’s Potato. The cooperative takes care of administration, logistics, and financial tasks. Coordinators who are members of a worker cooperative provide a framework for spontaneous work contribution. They decide what meals to prepare and guide the process of food preparation. They are also responsible for volunteers’ training, information events, and celebration parties.

Fulfilling a coordinator’s job at People’s Potato requires a higher level of social skill than in traditional employment settings. One of the most important factors attracting volunteers is the kindness of coordinators and the perception that contributing at People’s Potato is different from traditional employment. This is reflected in the way volunteers are addressed. Staff always asks whether one “feels like doing” a certain task. Volunteer contribution is not taken for granted. However, one of the long-term volunteers that I interviewed said they felt unappreciated, and another one wished for more warmth. The former said that People’s Potato’s staff tends to forget that the volunteers are not paid for their contribution.

Because of the flexibility of volunteer involvement, the number of volunteers fluctuates during the day. Just to illustrate with an observation of one Monday: at 11 am there were 8 volunteers in the kitchen, at the noon – 14, at 12:40 – 29, at 13:30 – 13, and at 14 – three volunteers were working. Altogether, the kitchen space can accommodate up to 40 volunteers.

The only perk for volunteers is the opportunity to eat in the kitchen rather than wait in the line outside. Many interviewees complained that there is not much space for the volunteers to eat lunch together. However, some contribute very little and eat in the kitchen. Coordinators must find a balance between disciplining and building an atmosphere that does not feel like a workplace. Too many rules may deter people from volunteering, and too little may frustrate committed volunteers.

Since volunteers associate People’s Potato with having fun and meeting people, some volunteers may forget that it is a space for work. One of the coordinators complained that people were kissing each other in the kitchen. The staff is also worried about too many people coming to the kitchen during lunch distribution. Working as a coordinator has distinct challenges, due to the number and fluctuation of people involved in cooking. They manage stress by rotating tasks between the kitchen and the office.

People’s Potato defines itself as a hate-free space to bring people together without judgment or discrimination. For one interviewee who belongs to a racial and gender identification minority, this aspect of People’s Potato was crucial in choosing involvement. This person trusts that coordinators would react in cases of oppressive behavior in the kitchen. This person has experienced harassment in similar jobs as an employee in commercial gastronomy.

As I reported in another article, coordinators have a role to play in sustaining a positive atmosphere:

“The involvement of a high number of volunteers may be a challenge at times. There are situations when staff need to intervene because of an oppressive behavior among volunteers: instances of verbal aggression, offences, discriminatory comments, etc. Some volunteers, when asked to stop oppressive behaviour, may become frustrated or become quiet. Sometimes this results in volunteers getting upset and leaving the kitchen, though there is an attempt to establish the anti-oppressive politics without rejecting community members who don’t understand it fully.”6

Creating spaces for a new paradigm in work organization

Sustaining work organization based on spontaneous contribution requires infrastructure, employment for coordinators, and developing skills for running this kind of project. The example of People’s Potato’s work organization helps us imagine how production of the commons could be organized. My interviewees suggested further measures that would make an involvement in spontaneous work more attractive:

– A board with the list of tasks to be done, so that one can easily find one’s project

– A place to relax and lay down close to the working space (suggested by an older person suffering from back pain).

UBI may become a reality in the future, but the goal of creating a new vision of work and using human potential can already be pursued now.

Katarzyna Gajewska is an independent scholar and a writer. She has a PhD in Political Science and has published on alternative economy and innovating the work organization since 2013. You can find her non-academic writing on such platforms as Occupy.com, P2P Foundation Blog, Basic Income UK, Bronislaw Magazine and LeftEast. For updates on her publications, you can check her Facebook page or send her an email: k.gajewska_commATzoho.com. If you would like to support her independent writing, please make a donation to the PayPal account at the same address!

David Bernans on the Founding of The People’s Potato : https://www.youtube.com/watch?v=vZXfTRVdGAU

Jamiey Kelly on The History of The People’s Potato : https://www.youtube.com/watch?v=PXFI2w6LOLA

The People’s Potato and the Concordia Administration : https://www.youtube.com/watch?v=oGO236oiZow

Gajewska, Katarzyna (30 June 2014): There is such a thing as a free lunch: Montréal Students Commoning and Peering food services. P2P Foundation Blog, https://blog.p2pfoundation.net/there-is-such-a-thing-as-a-free-lunch-montreal-students-commoning-and-peering-food-services/2014/06/30

6Gajewska, Katarzyna (30 June 2014): There is such a thing as a free lunch: Montréal Students Commoning and Peering food services. P2P Foundation Blog, https://blog.p2pfoundation.net/there-is-such-a-thing-as-a-free-lunch-montreal-students-commoning-and-peering-food-services/2014/06/30