The Quebec Liberal government has hinted strongly in its recent budget that some form of basic income guarantee is imminent – but likely only for a portion of the province, at least to begin with.

Of note in the announcement is that Quebec will bypass any testing of the program, unlike Ontario with its commitment to a pilot project, and instead will begin a restrained roll-out of a minimum income program aimed at lifting the most vulnerable out of poverty.

After Quebec Premier Philippe Couillard put Francois Blais in charge of the Ministry of Employment and Social Solidarity in January of 2016, it was clear there was interest in the Quebec government for some kind of basic income guarantee program. Blais wrote a book about the topic in 2002, called Ending Poverty: A Basic Income for All Canadians.

A committee was also established in 2016 by the government to examine ways to improve the current income support system.

In the recent budget, more about the plan “to fight poverty and social exclusion” will be unveiled in a few months by Blais.

“For the first time, this plan will be aimed at lifting over 100,000 persons out of poverty, particularly single persons and couples without children,” states the budget.

“Increasing available income will be the focus of the approach taken,” reads the budget, suggesting a gradual implementation of some kind of minimum income program.

There are other poverty reduction measures mentioned, including increasing the available income of social assistance recipients who make an effort to work, provisions to ease their entry into the labour market, and “measures to foster participation by individuals and families in community life.”

The government states in its budget that in preparing their plan they will evaluate the recommendations made in the coming months “by the expert committee on the guaranteed minimum income.”

In neighbouring Ontario, the Province recently released its summary of the survey completed by 34,000 people. The province is looking to create a pilot that would test how a basic income might benefit people living in a variety of low income situations, including those who are currently working.

Minister of Poverty Reduction, Chris Ballard, like his Quebec counterpart, is also concerned with the sea change Ontario has experienced in its job market. He told the Precarious Work Chronicle that this insecurity seen goes hand in hand with a basic income.

“Everybody is very sensitive with the changing nature of work. It’s not the same world, where you work in the same place for 30 years. We worked so hard as a society to get out of poverty, and then suddenly we’re fearful we might slide back in. Basic Income might provide a fantastic safety net,” he says, to help reduce anxiety.

However, unlike Quebec, which appears to be edging toward a gradual implementation, Ontario will test these assumptions with a pilot project with more details announced in the weeks to come.

1 Editor’s note: In Canada, it is common to use the term ‘basic income’ to refer to guaranteed minimum income programs (including programs on which the incomes of low earners are “topped up” to some minimum threshold). This is a broader usage than that employed by BIEN insofar as it does not require that the subsidy be “paid to all, without means test”. It may also be a narrower usage insofar as the minimum income guarantee is generally stipulated to be high enough to lift recipients out of poverty, whereas BIEN’s definition of ‘basic income’ does not constrain the size of the payment. 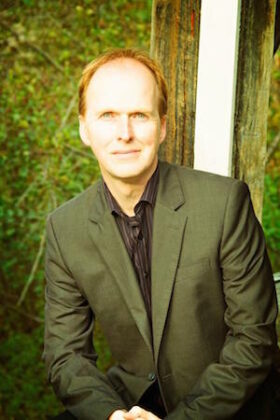 Roderick Benns is the author of Basic Income: How a Canadian Movement Could Change the World.

He is also the publisher of the Precarious Work Chronicle, a social purpose news site designed to shine a spotlight on precarious work and the need for basic income.