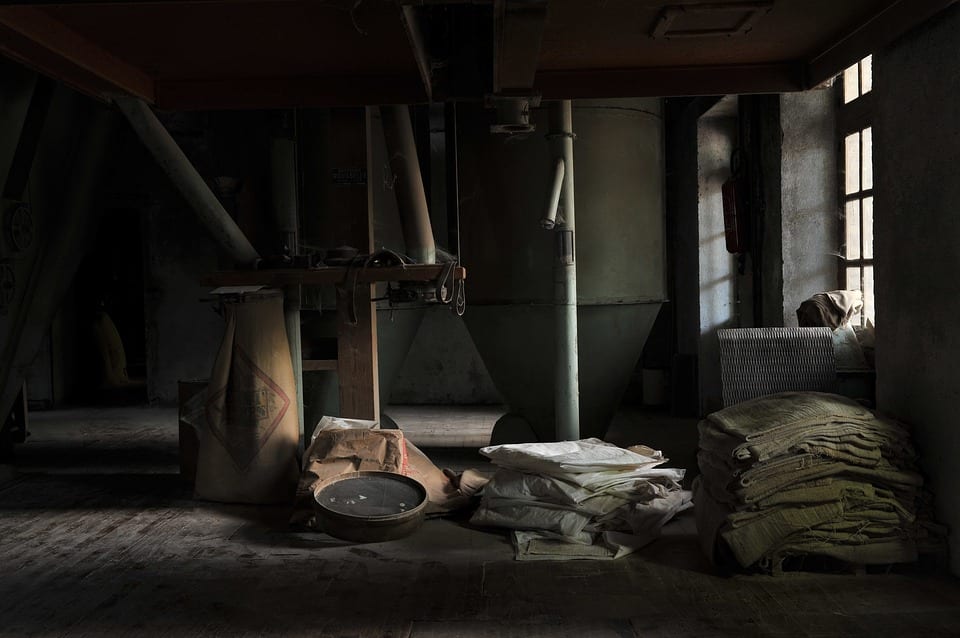 The argument that the system of peer production on a wide scale requires securing stable income for peers from the state is promoted, among others, by Michel Bauwens. In this article, I will argue that the reverse is also true. In order to be sustained, unconditional basic income (UBI) needs to be accompanied by changes in the realm of general interest services. This applies particularly to the domain of services of general interest that participate in the subsistence. Money transfer needs to be accompanied by de-commodification of subsistence measures.

Although UBI certainly would contribute to bettering the situation of the poor, it does not challenge the capitalist power relations. The domain of work and production is only one of the opportunities for the capitalist class to exploit inequalities and accumulate wealth. Other sources of wealth extraction are property rights, real estates, rent, access to natural resources, urban infrastructure, land grabbing. Elsewhere, I elaborate how, despite introducing a UBI, capitalist class domination would continue in the domain of subsistence1 and housing 2 if other elements of the system were preserved.

Technological unemployment due to robotization of production is indicated as one of the reasons for a UBI. Robotization would cause centralization of power in the hands of machine owners and technological elites. Since labor used to exercise influence on their wages through the threat of withdrawing from production, under the condition of technological unemployment it would lose its leverage.3 Therefore, adjusting the basic income to the level that enables a decent living would be increasingly difficult. On the other hand, the capital owning the means of production in the domain of services of general interest such as water, food, electricity, health or housing can demand higher prices once having dominant position. Therefore, neoliberal pressure for privatization of subsistence-related services and goods is particularly dangerous. As a result of privatization, citizens can increasingly less meaningfully participate in the governance of general interest services, being left with the relatively passive roles of voter and client.4 The UBI movement needs to take this into account in formulating proposals for UBI reform, namely advocating for more democratic control over the means of subsistence.

Representative democracy alone does not seem to prevent that services of general interest are privatized. Specific citizen mobilization around this issue is required. Three types of strategies can be pursued to bring more control over essential services: re-municipalization, overtake by citizen cooperatives, and commoning. I will give more space to the latter one because the two former have been described in other publications.

There are different models that incorporate the democratic dimension in the provision of services of general interest. For example, in water supply services privatization turned out to be dissatisfying for the customers both in terms of quality and prices. The book “HERE TO STAY: WATER REMUNICIPALISATION AS A GLOBAL TREND“5 analyzes examples of how this trend has been reverted by re-municipalization initiatives. It illustrates how significantly the quality can improve and prices lowered with the involvement of public authorities.

However, involving citizens in the process of decision making does not guarantee their influence on the final output. Incumbents’ initiatives in the realm of political participation do not seem to alleviate the democratic deficit. Participatory elements within the new public management and neo-Weberian state models can be motivated by the instrumental aim of overcoming resistance.6 Participatory and deliberative procedures can be used as ‘public relations’ tools by political elites to give citizens the illusion of engagement,7 so-called ‘participatory window-dressing.’8

Citizens can organize to buy the infrastructure related to subsistence needs. In a small German town, Schoenau,9activists bought out electricity infrastructure to convert it into a cooperative of which citizens can buy shares. As an act of protest against the nuclear power, they turned to solar energy. Similar attempts have been undertaken by activists in Berlin to prevent the renewal of a contract with a multinational company of Swedish origin. Certainly, in the case of services that are sold on the market, there is a danger of degeneration of cooperative ideals due to the market pressure, which is quite common among worker and consumer cooperatives. Still it may be a better option in comparison to an accumulation of power in capitalist enterprises.

The precariat, in the face of unresponsive state institutions, prefers the self-organized provision of services in order to become autonomous of these institutions.10 Heynen11 argues that the realm of social rights and the welfare state has diminished in recent decades in the US, so social movements have invented other forms of pursuing their struggles. Instead of trusting that delegation to the state will ensure the provision of public services and redistribution, activists create services themselves. For instance, Food Not Bombs produces and redistributes food. Furthermore, representatives of the recent generation of social movements believe that creating alternatives rather than reforming the system is a better way to bring about change, which reflects the mistrust of and awareness of the danger of cooptation by elitist politics and institutions.12 Activists focus on the ‘here and now’, practicing alternative forms of production and organization parallel to the state-based and market-based ones as everyday ‘revolutions.’13 For example, the domain of food-producing resources, although now mostly privatized, can be organized in a different way. In ancient times and still nowadays there are various communal arrangements in some parts of the world.14

In articles on People’s Potato, I describe a worker cooperative that coordinates the preparation of partly dumpster-dived food with the help of volunteers. Financed by fee levies, the meals are distributed for free. This type of the organization of food provision can be defined as peer production, which means a voluntary, spontaneous, and inclusive work contribution to produce a good or service in common that serves a broader community. Peers produce use value that is accessible even to those that have not contributed to its production. Initiatives such as Food Not Bombs or Incredible Edible follow similar philosophy. In the article on technological unemployment and work, I describe further initiatives of self-organized services: retirees time bank in Germany and subsistence cooperative in Catalonia.15 One could expect to optimize the costs and use of resources by restructuring production into commons. Las Indias’ Manifesto demonstrates potential gains that can be achieved by escaping the capitalist organization of production. Kibbutz movement managed to increase productivity and reduce the use of water in agriculture.16

Basic Income movement for other causes

“All we can ask of politics is to create the spaces in which the alternative social practices can develop.”17

Elinor Ostrom argued in favor of creating institutional arrangements ‘for cooperative housing and neighborhood governance (…) to facilitate co-productive efforts for monitoring and exercising control over public spaces.’18Kooiman presents a model of ‘societal governance,’ a mix of self-governance, co-governance, and hierarchical governance.19

Bovaird predicts that the governance system may evolve into ‘self-organizing policy and service delivery systems – ‘governance without government.’’20 The progressive theories of public administration have a vision of public administration that is ‘collaborative, facilitative, or transformational social role in support of citizen emancipation and self-governance.’ This type of re-conceptualization of the role of public administration has a longer tradition in the feminist movement and in the 2000s several authors have postulated this direction of change.21 In an academic article, I propose a change to the tax system. Taxpayers could allocate certain part of the due taxes to the organizations of their choice. In this way, the organizations can plan their yearly budget and produce as much as the collected sum allows.22 Also laws facilitating the access to unused spaces would make it easier for the self-organizing groups to start commons projects.

The example of People’s Potato, which struggles against corporate monopoly in food provision at Concordia University in Montreal, illustrates that the mobilization although it requires true determination, can begin now, case by case. I summarized the relations between People’s Potato, commercial food providers, and the university administration in another article:

“People’s Potato discovered that part of kitchen space previously used by Sodexho/Marriot was vacant, while the major part was overtaken by Chartwells. They started to use this space for their cooking. For another two years, People’s Potato struggled with the administration to get official use of the space. It is equipped with all necessary industrial kitchen facilities. The university charges the Potato for some repairs, like painting or heavy maintenance, but they pay all of their other utilities, such as garbage removal, electricity and hot water. The status of the collective within the university structure is ambiguous and there is always a fear of losing support from other organizations and the kitchen space as no official contract has been signed. “23

Instead of waiting for a more serious debate on UBI among political elites where activists could present a more encompassing reform, the change can arise from single initiatives. Späth and Rohracher point to the power of local experiments, which can mobilize actors. Niches, spaces protected from economic pressures can develop into full-fledged models for change. The local level change is possible in ‘off the radar’ spaces for interests of dominant economic actors. In this way, it is easier to overcome the problem of nested interests preventing change. Furthermore, institutional voids can enable introducing new practices.24

About the author: Katarzyna Gajewska is an independent writer. She has a PhD in Political Science and has published on alternative economy and innovating the work organization since 2013. You can find her non-academic writing on such platforms as Occupy.com, P2P Foundation Blog, Basic Income UK, Bronislaw Magazine and LeftEast. For updates on her publications, you can check her Facebook page or send her an e-mail: k.gajewska_comm@zoho.com. If you would like to support her independent writing, please make a donation to the PayPal account at the same address!

1Gajewska, Katarzyna (2014): Technological Unemployment but Still a Lot of Work: Towards Prosumerist Services of General Interest. Journal of Evolution and Technology 24(1): 104-112.

3Gajewska, Katarzyna (2014): Technological Unemployment but Still a Lot of Work: Towards Prosumerist Services of General Interest. Journal of Evolution and Technology 24(1): 104-112.

5HERE TO STAY: WATER REMUNICIPALISATION AS A GLOBAL TREND :https://www.tni.org/files/download/heretostay-en.pdf

15Gajewska, Katarzyna (2014): Technological Unemployment but Still a Lot of Work: Towards Prosumerist Services of General Interest, Journal of Evolution and Technology 24(1): 104-112.https://jetpress.org/v24/gajewski.htm

23Gajewska, Katarzyna (30 June 2014): There is such a thing as a free lunch: Montreal Students Commoning and Peering food services. P2P Foundation Blog, https://blog.p2pfoundation.net/there-is-such-a-thing-as-a-free-lunch-montreal-students-commoning-and-peering-food-services/2014/06/30