Opinion; The USBIG Blog, edited by Michael A. Lewis

A response to ‘The dangers of a basic income’ 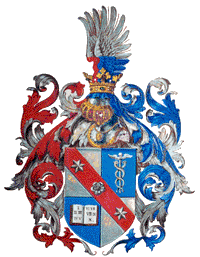 A recent post, by Nathan Keeble, which appears on the Mises Institute’s website is titled The Dangers of a Universal Basic Income. The main danger seems to be that a basic income (I’m paraphrasing) would provide non-productive people with an income they would not have to work for. “Non-productive” in this context isn’t synonymous with lazy, shiftless, or anything like that.

The non-productive among us could be very busy writing poetry, composing music, playing it, or engaging in other pursuits. What makes one non-productive isn’t a lack of effort or initiative but the lack of a market for their goods or services. That is, if you create or produce something no one wants to buy, you’re non-productive. The problem with a basic income is that it would subsidize such activities. According to the Mises article, this is bad because it would allow people to continue such non-productive pursuits, instead of trying to figure out how to do something there’d be a market for. The result, Keeble writes, is that a society with a basic income would be less productive and experience a lower level of social welfare than a society without one.

I think this is a questionable line of reasoning because it’s based on the shaky assumption that the market is the sole determinant of what’s productive. If someone wants to buy your good or service, you’re productive; if not, you’re not. This is an extremely narrow view.

Consider folks who’re currently employed in factories that make cigarettes, firearms, sugary snacks, or alcoholic beverages. There are huge markets for all of these activities. But if a basic income were enacted, folks working in the above industries reduced their labor supply, and this resulted in a decrease in the production of cigarettes, handguns, Twinkies, and liquors; it’s not clear to me this would amount to a net reduction in social welfare. This is because there’s evidence that all these goods contribute to serious public health problems. And if people spent less time producing cigarettes and more time making art, even if there weren’t markets for their work, this might amount to a net increase in social welfare.

What does or doesn’t contribute to net changes in social welfare is far too complex to be reduced to what people are willing to buy in the marketplace.

7 comments lazy, libertarian, Mises
The views expressed in this Op-Ed piece are solely those of the author and do not necessarily represent the view of Basic Income News or BIEN. BIEN and Basic Income News do not endorse any particular policy, but Basic Income News welcomes discussion from all points of view in its Op-Ed section.