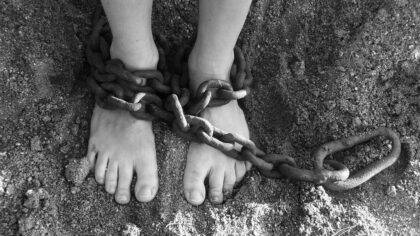 An individual who has just lost their job or an individual who continues to suffer long-term unemployment faces a daunting decision when posed with the prospect of taking on a new job.  On one hand, there are the wages associated with the new job and on the other there are is potential loss of federal and state assistance. CATO’s 1995 “The Welfare-Versus-Work Tradeoff,” estimates that a change in employment status from a part-time position (below the poverty line) to a full-time position at 18 dollars an hour might actually cost the individual a net of 5 to 10 thousand dollars a year due to a loss in state benefits.

These benefits that the individual may have to relinquish span numerous forms including cash assistance (Temporary Assistance to Needy Families), food assistance (SNAP), medical insurance (Medicaid) and housing assistance. And, one criticism of the Affordable Care Act is individuals just above the income cutoff for Medicaid are doing far worse when you consider the mandatory penalty they must pay as compared to those who are receiving Medicaid.

6 comments poverty trap, taxes, Welfare
The views expressed in this Op-Ed piece are solely those of the author and do not necessarily represent the view of Basic Income News or BIEN. BIEN and Basic Income News do not endorse any particular policy, but Basic Income News welcomes discussion from all points of view in its Op-Ed section.