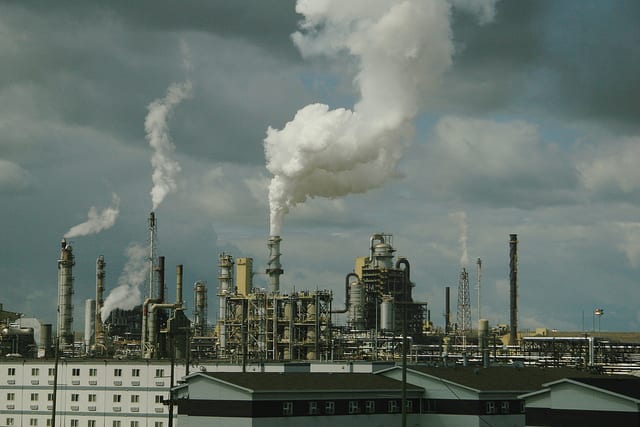 In a recent interview and article, economist James K. Boyce defends a universal basic income of $200 per month, funded in part by taxes or fees on carbon emissions and financial transactions.

Boyce, an economics professor at the University of Massachusetts at Amherst and program director at the Political Economy Research Institute, recently co-wrote a article on the topic with entrepreneur Peter Barnes, who authored the 2014 book With Liberty and Dividends for All. The article was originally published as “$200 Dollars a Month for Everyone? Universal Income from Universal Assets” on Triple Crisis, a blog devoted to finance, development, and the environment. It has also been republished on Medium as “How To Pay For Universal Income”.

Boyce and Barnes argue that a modest basic income could be funded from “universal basic assets” — wealth that is rightfully owned by all members of society, such as that which is derived from appropriation of the commons (e.g. extracting minerals or timber from the land or releasing pollutants into the atmosphere). They argue that universal basic assets also include a portion of wealth generated from society’s financial and legal infrastructure.

On their view, a portfolio of such commonly held assets could (and should) be used to fund a citizen’s dividend of $200 per month to all Americans, distributed automatically via wire transfers to individuals’ bank accounts.

Boyce provides further explanation of the proposal in an interview with Kim Brown of the Real News Network (see video below).

In the interview, while elaborating upon the idea of universal basic assets, Boyce compares and contrasts his proposal with Alaska’s Permanent Fund Dividend (PFD), which provides all Alaskan residents with an annual basic income ($1022 in 2016) from the revenues on a permanent fund created from royalties on the sale of the state’s oil. Boyce notes that whereas Alaska’s PFD incentivizes drilling for more oil, a carbon tax and dividend would dis-incentivize carbon emissions, thereby promoting more sustainable energy production.

Boyce further articulates his ethical justification for a citizen’s dividend in response to a question concerning whether it is fair to give money to those who don’t work for it: “All we’re talking about is returning to people the money that comes from uses of assets we all own or should own in common. So, it’s not about handing out free money. It’s about not letting people use those assets for free. That’s the real handout.”

A transcript of the interview is available on the site of the Real News Network (“Universal Basic Income: A Solution to Inequality, Economic Instability, and Climate Change,” November 21, 2016.)