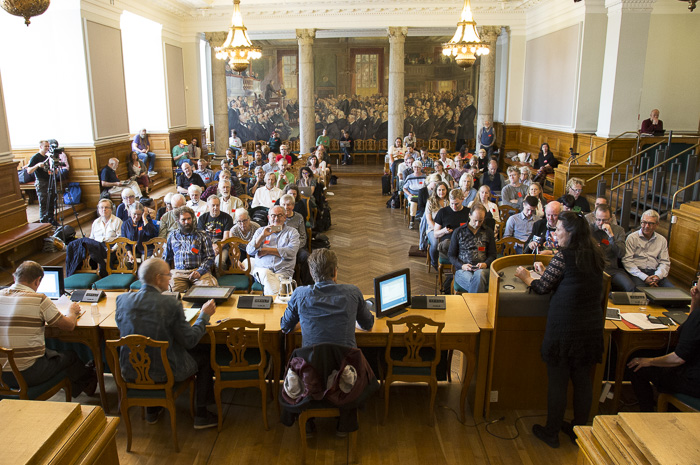 Written by David Lindh; translated and edited by Karsten Lieberkind

All over the world we are witnessing a growing interest in basic income – an unconditional basic allowance for all citizens. A number of experiments have been scheduled for next year, and on September 22-23, representatives for the Nordic basic income movements as well as researchers and politicians met at a conference in Copenhagen to discuss the upcoming pilot projects.

The conference took place in Christiansborg Palace, which is the seat of the Danish Parliament, situated in central Copenhagen. Organizers of the conference were the Danish branch of BIEN (Basic Income Earth Network) in collaboration with the political party the Alternative. 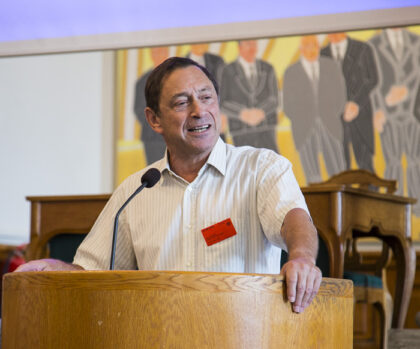 Among the speakers were Guy Standing, Professor at SOAS, University of London and author of a number of books on the precariat, Thomas P. Boje, Professor of Social Sciences at Roskilde University and Annika Lillemets, MP for the Green Party of Sweden.

The conference was met with much anticipation and was fully booked. Journalists and other members of the press were present, and not only the invited speakers but even quite a few members of the audience were active, one way or the other, within the basic income movements in the Nordic countries, Europe and USA.

The first day of the conference focused on the pilot projects with basic income that are planned for Finland, the Netherlands and France. Nicole Teke, representing the French basic income movement, talked about the experiments that are to be carried out in the Aquitaine region. Sjir Hoeijmakers explained why, in recent years, ideas about basic income are spreading in the Netherlands, and Olli Kangs, Professor at Kela, the Social Insurance Institution of Finland, outlined the Finnish basic income pilots that are scheduled to begin in early 2017. 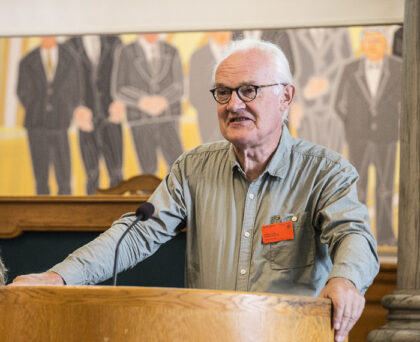 On the second day of the conference, there was an in-depth discussion on how the various basic income models could be implemented in the so-called Nordic Model, the social welfare and economic systems adopted by Nordic countries. Dorte Kolding, spokesperson for BIEN Denmark, in her opening speech of this day of the conference, explained how basic income might contribute to a development in society in which fear and control will be replaced by a sense of security, freedom and happiness.

A key element in the discussion during the second day was about the future relation between the basic income movement, which seems to be growing stronger each day, and the labour unions with their often quite critical or even negative view on basic income. Finn Sørensen, MP for the Red-Green Alliance and spokesperson for labour market affairs, took part in this discussion and was to be counted among the critics of a basic income society as, in his view, it would weaken the position of the labour unions relative to the employers.

During lunch, I asked Guy Standing whether the basic income movement and the labour organizations are likely to approach each other sometime in the future.

I am in favour of strong labour unions, but the labour movement must realize that we have witnessed dramatic changes in society, and we are now facing other conditions and challenges than in the 1970s and 80s. The labour unions are deeply concerned about the fact that they are losing members, but they are themselves partly responsible for the situation.

I also talked to Göran Hansson, active in the Malmö Basic Income Group, about the doubts that the labour unions have about basic income as a future model.

Many labour unions are critical towards basic income because they are afraid that they will have less power and influence. While this is true, it is also a fact that basic income would enjoy greater support from the population if the labour unions were to change their views on this issue. 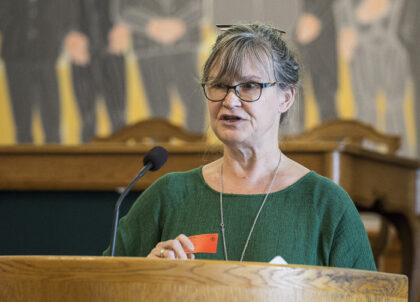 Annika Lillemets, is a Member of Parliament for the Green Party, but also a member of BIEN. She talked about how political parties in the Swedish Parliament, no matter their political orientation, in recent years have been almost obsessed with wage labour because they want to position themselves in relation to the increasing unemployment.

She thinks it is an indication of fear and to break this fixation we should question the very nature of work, what counts as work and what not. Annika Lillemets also criticized the Swedish culture of consensus.

Thomas P. Boje, Professor of Social Sciences at Roskilde University, pointed out that basic income reforms might have a positive effect on the democratic participation in society and contribute to the strengthening of democracy in the Nordic countries.

Safety and security encourage participation in society and a sense of wanting to contribute. Today, insecurity in jobs and economic inequality breed suspicion towards the democratic institutions and society as a whole. 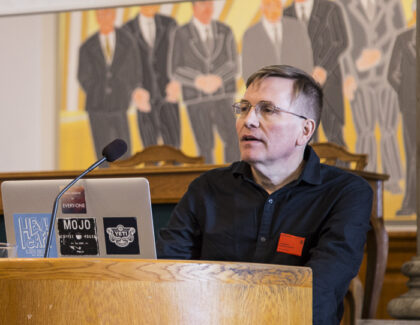 Karl Widerquist, Associate Professor at Georgetown University, has been attached to BIEN for a long time and is the author or editor of several books and articles on the subject of basic income.

He talked about how the basic income movement is growing fast in the USA, and I asked him why this is happening just now.

One reason is that both civil rights movements, political parties and businesses are beginning to realize the advantages of a basic income reform. Also, the fact that the subject is not linked to any particular political party or system helps spread the idea.