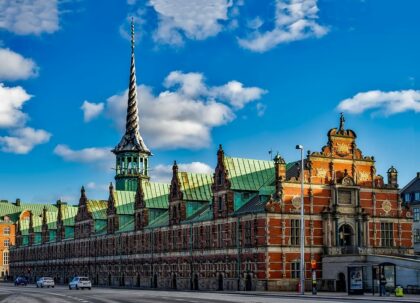 On September 22nd to 23rd, BIEN Danmark, the Danish affiliate of BIEN, hosted the Nordic Conference on Basic Income Pilots at the Danish parliament buildings of Christiansborg.

The event aimed to stimulate discussion and forge closer ties between local groups and fielded speeches by activists from Finland, Norway, Sweden, Denmark, and Iceland, as well as talks by politicians and researchers from inside and outside the region.

The first of its kind, there is talk the event may be the beginning of many more to come. I certainly hope so. It was one of the best organised and most fun of the BIEN events that I have attended. With Karsten Lieberkind from BIEN Danmark quietly leading proceedings and a large contingent of BIEN Danmark and other local actors present, it was both very well-organised and a site for constructive critique and self-reflection.

From my perspective, one of the most positive aspects of the conference was the way it engaged the union movement in debate. I was especially encouraged in the exchange I had with Bjarke Friborg and Finn Sørensen, who had both at the outset – Sørensen in particular – staked out their opposition to a BI reform. 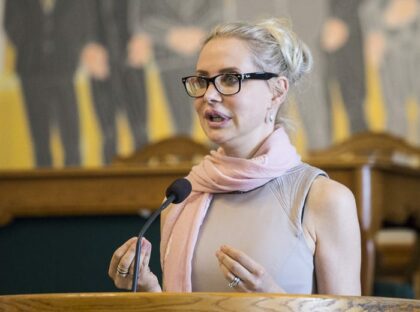 I tried to stress the different ways the historical objectives of workers’ movements and a BI reform had affinities, as well as ways the BI can be complementary to and upscale the policies and institutions the union movement supports and administers. I think that is generally true in any context. But, in addition, being Danish, and having worked with both the union movement and other social movements in the past, it seems important and feasible to me to bridge the divide that is perceived to exist.

In general, I argued that it is important to think about BI in terms of its general effects on human security and relational freedom, and in that sense its transformative potential in relation to changing and improving social relations and institutions’ quality. An upshot of that is that in thinking about finance proposals and transitions into a BI, the affinity with existing mechanisms of economic security needs to be thought about positively, and steps taken gradually.

Specifically, I tried to argue that the BI proposal does not have to be viewed as in conflict with the unemployment insurance funds and the unions’ administration of them. In fact, there is a strong potential affinity between the claim BI supporters make for a right to basic income without conditions, and the concern of trade unionists – expressed by Friborg – about the state using its subsidy of the unemployment insurance funds as a means to exercise greater leverage of the unemployed individual’s job search behaviour. This direction in the state’s role is precisely one that both BI supporters and trades unions want to reverse, so here is the basis for a natural alliance.

I made a similar point in response to Sorensen. I was encouraged to note that both Friborg and Sorensen in turn noted that – with this new perspective in mind – they might be able to engage more positively in an investigation into BI and what it might mean positively for unions, their members, other workers and citizens.

I have always argued (Haagh 2011, a.o.) that it is a mistake to necessarily pit the finance of BI directly against the state’s subsidy of the unemployment insurance in the Nordic states. It is possible to see each as elements in a multivariate structure of economic security that is more freedom-promoting by virtue of its composite form. There might have to be accommodations and details can be worked out in different ways, but I see no conflict in principle between a BI and state subsidy of a voluntary insurance. One can think about ideal institutions of work and mechanisms of developmental security. But it is also important to work with the existing institutions that act as life-style stabilisers within the capitalist economy such as it is. Considering that institutions transform gradually over time, what matters is that the steps taken at a given time have in general positive systemic effects. 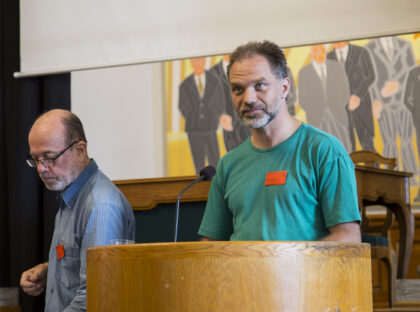 It is important to acknowledge the historical importance of the gains of organised workers in Nordic states – together with mechanisms and services of the public sector – in democratising education, work and welfare. Today, labour market institutions and welfare services are under different forms of strain, including from the influence of global competitive forces and ways state initiatives extend those pressures within the education and employment systems. BI supporters, the union movement and other defenders of public services and more stable and unconditional forms of distribution and services, have interests in fighting pressures to hollow out the taxation system. In this context of a race to the bottom in pubic spending, it is the more important not to stake claims for different elements of economic security as in conflict in principle. In reality, their stability rests on broad coalitions across social groups.

In terms of the Danish context, the contribution of the political party The Alternative, hosting the conference in Christiansborg, and the information from municipalities experimenting with lifting conditionalities, gave the event a sense of a political momentum. Finally, hearing about the political initiatives in other Nordic states, the Pirate Party’s proposals in Sweden, the upcoming pilot in Finland, and thoughts about an experiment in an Icelandic city, suggest the basis exists for building a regional coalition for transformation of the Nordic welfare state.

Finally, Uffe Elbæk, leader of the Alternative, in his welcome speech, cautioned BI supporters about being too complacent and inwardly focused, and argued the BI movement should not be afraid of engaging critical voices. In my speech I echoed this view in the sense that I argued we should be more open and responsive to the views of our critics and be self-critical when we are unable to persuade others of the force of our ideas.

Overall, in my view the Nordic conference went some way to create a new platform for a more positive debate about BI in the wider society.

Follow
Leave a comment Conference, Denmark, social movements, union
The views expressed in this Op-Ed piece are solely those of the author and do not necessarily represent the view of Basic Income News or BIEN. BIEN and Basic Income News do not endorse any particular policy, but Basic Income News welcomes discussion from all points of view in its Op-Ed section.