Report: “Pilot Lessons: How to design a basic income pilot project for Ontario” 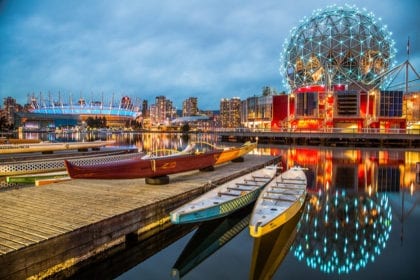 The Government of Ontario plans to move forward with a pilot study of a basic income guarantee, to begin by April 2017.

On September 20, four researchers — Evelyn L. Forget (Professor of Economics at the University of Manitoba), Dylan Marando (PhD Student at the University of Toronto), Tonya Surman (founding CEO of the Centre for Social Innovation), and Michael Crawford Urban (Policy Associate at the Mowat Centre) — released a report called “Pilot Lessons: How to design a basic income pilot project for Ontario”. “Pilot Lessons” offers recommendations to the Ontario government on the basis of previous trials of basic income guarantee programs. It also calls for a greater focus on the impact of a guaranteed income on innovation and entrepreneurship.

The report begins by glossing the meaning of the term ‘basic income’ as it is used by the authors (“basic income is best conceptualized as a policy whereby a government guarantees, to all of its citizens, a regular predictable income sufficient to live a basic but dignified life”), distinguishing between the “demogrant” and “negative income tax” models.

The authors go on to overview past experiments on basic income, especially those conducted in the United States and Canada during the 1970s.

Based on this review of past experience, they identify four lessons:

1. Vary the parameters (e.g. eligibility conditions, amount of income guarantee, tax-back rates), but don’t vary them too much.

2. Communicate the results of experiments through scientific, not political, channels. The authors state that “science and politics don’t mix well”. For example, they point to the politically-driven promulgation of the alleged correlation between receipt of a basic income and increased divorce rates following the United States experiments in the 1970s. This contributed to the deterioration of interest in the policy, especially among Republicans.

In the next chapter, the authors describe major changes in the labor market that pose important differences between the present context and that of the past experiments, such as the increase in precarious labor and rise of automation. They also argue that, by decreasing the risk associated with leaving a job or starting a business, a basic income could facilitate entrepreneurship and innovation.

The report concludes with 14 recommendations for the design of a pilot study.

One comment Canada
The views expressed in this Op-Ed piece are solely those of the author and do not necessarily represent the view of Basic Income News or BIEN. BIEN and Basic Income News do not endorse any particular policy, but Basic Income News welcomes discussion from all points of view in its Op-Ed section.