SWITZERLAND: Only 2% of people would stop working if they had a basic income 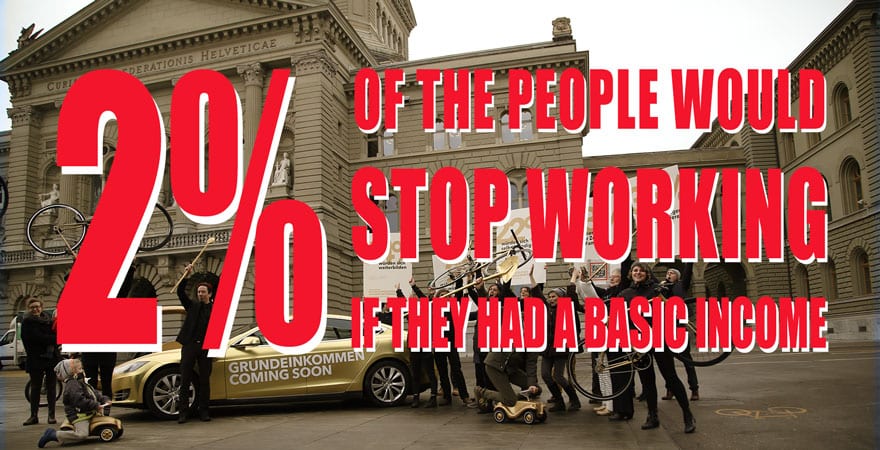 Critics of basic income have been proven wrong once again. Giving everyone the means to survive would not make people lazy. A new opinion poll carried out in Switzerland shows that only a tiny fraction of the population would stop working if they had a Universal Basic Income (UBI). What is more, most young people believe UBI will be implemented in the future.

53% say that, if they receive a UBI, they would spend more time with the family. 54% of the Swiss would like to pursue further education,  while 22% in total would want to start a business or be self-employed.

The survey shows another striking result: 67% of the respondents, and particularly the youth, think basic income would “relieve people from existential fears.”

With a basic income, 40% would engage more in voluntary work, a trend that is even more important among supporters of the idea (60%).

The campaign for basic income in Switzerland is now entering an historic phase. After 125,000 Swiss citizens had signed a popular initiative back in 2013, a nationwide referendum will be held on June 5 this year, despite the opposition of both houses of parliament last year.

People under 35 are more optimistic: 58% of them are confident that basic income will become a reality in Switzerland.

The survey results are encouraging for the basic income movement. According to the campaign group Generation Grundeinkommen,“the Swiss are ready for a universal basic income!”