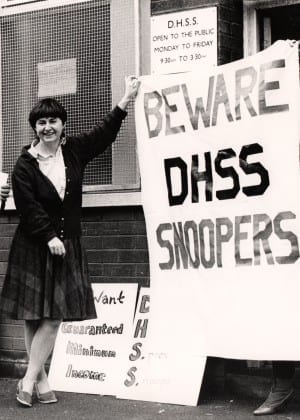 Abstract: At the 9th National Women’s Liberation Conference held in London in 1977, a resolution which asked the whole of the British Women’s Liberation movement to endorse a citizen income (an unconditional basic income) was passed with majority vote. However, this fact appears not to have been properly recorded in any academic literature. The resolution was raised by women in the Claimants Unions Movement. The paper is based on oral historical research and looks closely at their activism, especially their intersections with other feminists and their articulation of the citizen’s income demand.

Toru Yamamori is a professor at Doshisha University, Kyoto, Japan, and currently a visiting fellow at the University of Cambridge, where he works on two projects: Gender, Class and Race in discourse on Basic Income in 1970s Britain, and History of Economic Thought on Need. His past publications were in various disciplines and the common question behind them was how feminist and other social movements have challenged the philosophical foundation of economics. He was a founding member of the Japanese Association for Feminist Economics, and is a member of the Basic Income Earth Network.

Follow
Leave a comment Feminism, United Kingdom
The views expressed in this Op-Ed piece are solely those of the author and do not necessarily represent the view of Basic Income News or BIEN. BIEN and Basic Income News do not endorse any particular policy, but Basic Income News welcomes discussion from all points of view in its Op-Ed section.